Your backlog is waylaid, and must defend itself. 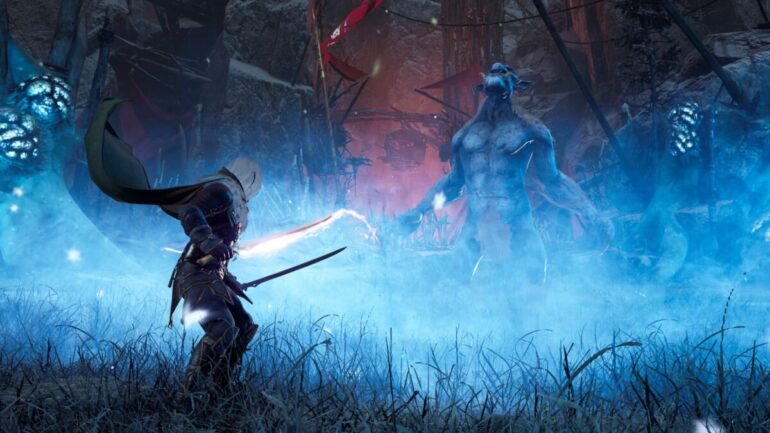 If you’ve been looking for a new co-op game to play, or you’re a fan of the fantasy franchise Dungeons & Dragons, you’ll be pleased to know that the upcoming co-op brawler Dark Alliance will be coming to Xbox Game Pass for Console, PC and Cloud on day 1.

What Is Dungeons & Dragons Dark Alliance?

Dark Alliance is a four player co-op game that sees player party up to fight through D&D’s iconic Icewind Dale region. As a D&D game, naturally you’ll be exploring areas and killing monsters for sweet loot, but you won’t have to worry about messing up your dice roll during a crucial boss fight.

Players choose from four iconic characters, Drizzt Do’Urden, Catti-Brie, Bruenor Battlehammer, and Wulfgar, and must work together against 30 different enemy types in search of a crystal known as the Crenshinibon, which offers mystical power to those who wield it.

When Does Dark Alliance Launch?

Dungeons & Dragons: Dark Alliance will be available on June 22nd for PC, PS4, PS5, Xbox One and Xbox Series X | S, and through Xbox Game Pass for Console, PC and Cloud Gaming. The game will also support PC and console cross-play at launch too. If you’re excited about the game but can’t wait a month until it launches, you’ll be able to watch the dev team play through Dark Alliance on Twitch every Friday from now until launch.