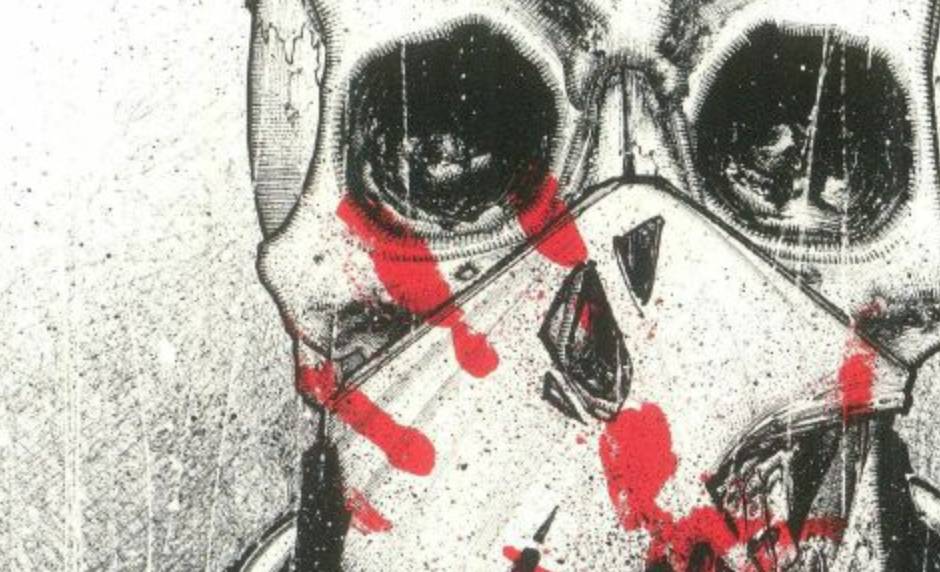 In 1996, New York rapper Kool Keith released his debut solo album Dr. Octagonecologyst under the moniker of Dr. Octagon. With production by Dan the Automator and turntable work by DJ Qbert, the album is considered a classic of underground hip hop. After coming to resent its popularity over his other projects and falling out with Dan the Automator, Kool Keith adopted yet another persona, Dr. Dooom, and released the album First Come, First Served which opens with a skit of Dr. Octagon being murdered.

Eventually, Kool Keith seems to have warmed back up to the Dr. Octagon character and came together with a new producer, Fanatik J, to make The Return of Dr. Octagon, released in 2006. The production of the album was plagued with problems with Fanatik J being fired and replaced and Kool Keith falling out with his record label, who completed and released it with little input from Keith. This prompted Kool Keith to bring back Dr. Dooom in Dr. Dooom 2, which dedicated a whole song to killing Dr. Octagon all over again.

Now, in 2018, Kool Keith and Dan the Automator seem to have reconciled and reunited with DJ Qbert to make this third Dr. Octagon Album, Moosebumps. I spent a lot of time on the history of it, but I wanted to emphasize that with the long and bumpy history of Dr. Octagon, it’s not only amazing that this album even exists but that it’s as good as it is. The Return of Dr. Octagon wasn’t terrible, but it was nowhere near a worthy sequel to the first Dr. Octagon album. Not to mention it was barely even a Kool Keith album, Keith having lost creative control of it in the early stages. After that disappointment it seemed like Dr. Octagon belonged dead. Not anymore.

Moosebumps doesn’t put its best foot forward with the opening track “Octagon Octagon.” The production is great, a triumphant sci-fi sounding beat with a nicely used sample from the first album. Keith’s lyrics, however, leave something to be desired. Keith pokes fun at the popularity of Dr. Octagon by simply listing things with the word “octagon” before it.

Since this was the first single as well, it made me go in the album with some doubts. However, things immediately pick up in next song “Polka Dots” where Keith returns to the spaced out, humorous lyrics mixed with bragging that the first Dr. Octagon album was known for.

“Me and Automator walk to the President’s house
While people move they bowels slow to get they product out
Too many want to be Jimmy Hendrix, let ‘em rock out”

The biggest difference between Moosebumps and Dr. Octagonecologyst is that Moosebumps is darker and more aggressive in both its production and its lyrics. There’s nothing here as laid back as “Blue Flowers” or “Girl Let Me Touch You.” The song “Operation Zero” seems to use the same sample as “Blue Flowers” to a more brooding effect and instead of lyrics about blue flowers and green rain we get this.

“Enter the Pentagon, stain like a blood clot
You see me with flashlights walking through the fog
Women on newspapers sitting down, peeing hard
Eyeballs get wide, everything re-englarge”

This album’s equivalent of “Girl Let Me Touch You” is “Kama Sutra.” It’s probably the weakest track on the album. The beat is just okay and doesn’t match Kool Keith’s sex rhymes at all. Keith also seems to struggle to stay on the top topic of sex, something unusual since it’s his favorite topic to rap about on his other albums.

“I jump up with dreadlocks
I’m punk rock Jamaican
I’m doctor, so laced up
Your girl stare with her face up”

Other than that track and “Octagon Octagon,” the album is consistently excellent. The best track on the album has to be “3030 Meets The Doc Part 1.” As the name suggests, it’s a collaboration with Del the Funky Homosapien, Dan the Automator also being the producer for his Deltron 3030 project. The futuristic beat is amazing and Del and Keith both bring great lyrics and flows to it, topped off with Qbert’s best turntable work on this album.

Let’s hope that “Part 1” means we’ll be getting more Octagon and Deltron collaborations.

The album ends with a nice touch (excluding the CD and Vinyl only bonus track) with “Hollywood Tailswinging” bringing back the character of Mr. Gerbik, who had been introduced as the uncle of Dr. Octagon on the track “Halfsharkalligatorhalfman” on the first album. It has the same surreal humor and vaguely threatening tone of the first one while still distinguishing itself as its own track.

“Mr. Gerbik eating laundry detergent
Dr. Octagon’s uncle, pull up and get gas at the service
The leader of the gargoyles, watch me while making a right turn”

Verdict
Time will tell if Moosebumps will be the classic that Dr. Octagonecologyst was. It is, however, the worthy sequel that The Return of Dr. Octagon sadly wasn’t and is the best of Kool Keith’s recent releases. This is a must-listen for fans of the first Dr. Octagon album and for fans of underground hip hop in general. Review copy purchased
9
Cultured Vultures is a pop culture website established in 2013 covering all things gaming, movies, and more. We eat your words.
All The News On The Biggest Games