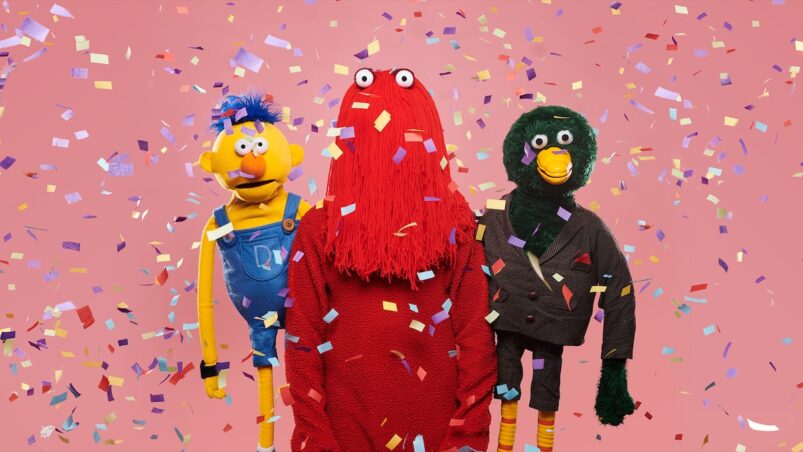 With the release of new comedy-horror show Don’t Hug Me I’m Scared on Channel 4 (the show is already available to stream on All4), it would be interesting to know how many people will be going into it genuinely clueless as to what to expect. Having started life eleven years ago as a series of darkly comedic shorts on YouTube, which quickly went viral and have since attracted a cult following, this twisted pastiche of children’s television is one that’s unlike almost anything else on TV right now.

Don’t Hug Me I’m Scared presents a bright, colourful world reminiscent of any number of shows you might find on Cbeebies & other pre-schoolers TV, before quickly taking it in bizarre and grotesque directions. Three friends – named respectively Red Guy, Yellow Guy & Duck – live together in a little house and, in each episode, meet a new character who, just like real children’s shows, is there to help them to learn a valuable lesson about friendship, or jobs, or how the world outside works.

Stylistically, Don’t Hug Me I’m Scared comes off in much the same way as any other children’s show. The majority of characters appear as Rosie and Jim-style puppets, with some others being claymation figurines or entirely animated. Each episode lasts just long enough to explore the specific theme it’s covering, before then completely resetting everything in time for the next episode.

Each of these ‘lessons’ quickly takes on a dark and surreal bent however, with their various new friends continually seeming to either be on the verge of a terrible psychotic breakdown or representing some almost cosmic horror. In one episode we meet a talking steam engine singing about the wonders of transport who appears to be wracked by agony with every breath, while in another, the happy worm who’s there to teach about the values of healthy friendships becomes rapidly insecure and manically domineering as a result.

Meanwhile, the bright, happy-go-lucky surroundings in which the characters find themselves are continually undercut by random moments of body horror, disconcerting shots of raw, rotting meat, and sudden bloody violence. As the show progresses it proceeds to break the fourth wall more and more, as the main characters themselves start to gain an awareness that they are in fact trapped in these constant, unending nightmares, but are utterly unable to escape.

With this same basic premise as in earlier YouTube videos now extended over the course of six 25-minute episodes, Don’t Hug Me I’m Scared is by and large making much the same jokes throughout its run. For the most part, however, it avoids ever feeling too repetitive, with each episode veering into new, unsettling directions, while mining much of its comedy from different characters’ reactions to everything going on around them.

The first episode, Jobs, in which the Trio is told “you can be anything you want to do” before being completely overwhelmed by the suffocating drudgery and existential horror of the factory space they end up in, makes for a clever, satirical introduction to the show. The second episode has the character’s lesson of the day centred around the concept of mortality, as Duck realises he is in fact dead. Meanwhile episode 3, Family, leans more than any others into the realm of genuine horror – the two adorable bright-eyed children who we meet, Lily and Todney, with their unnaturally laboured breathing, psychotic underlying edges, and oh-so-creepy family, like Charlie & Lola meets the twins from The Shining – are brilliantly unnerving as well as comedy gold.

Moments like this feel genuinely disturbing and very much reminiscent of other comedy-horror shows such as Jam, while many of its more surreal side characters feel like they could have stepped straight out of the likes of The League of Gentlemen or The Mighty Boosh. The increased budget and episode length given to the show’s creators by Channel 4 allows them to really flex their creativity, each episode being full of inventive imagery that merges all kinds of different animation styles and hearkens back to numerous old children’s shows – from Wallace & Gromit to Trumpton.

Don’t Hug Me I’m Scared is a show that feels utterly different from the vast majority of what’s on television right now, and the fact that a broadcaster like Channel 4 has picked up this daft little YouTube series with only a cult following and allowed it to simply be itself is genuinely refreshing. It remains consistently entertaining throughout, and it’s to the creator’s credit that the style of humour and presentation displayed throughout those early ten-minute-long YouTube skits carries across to TV as well as it does here. 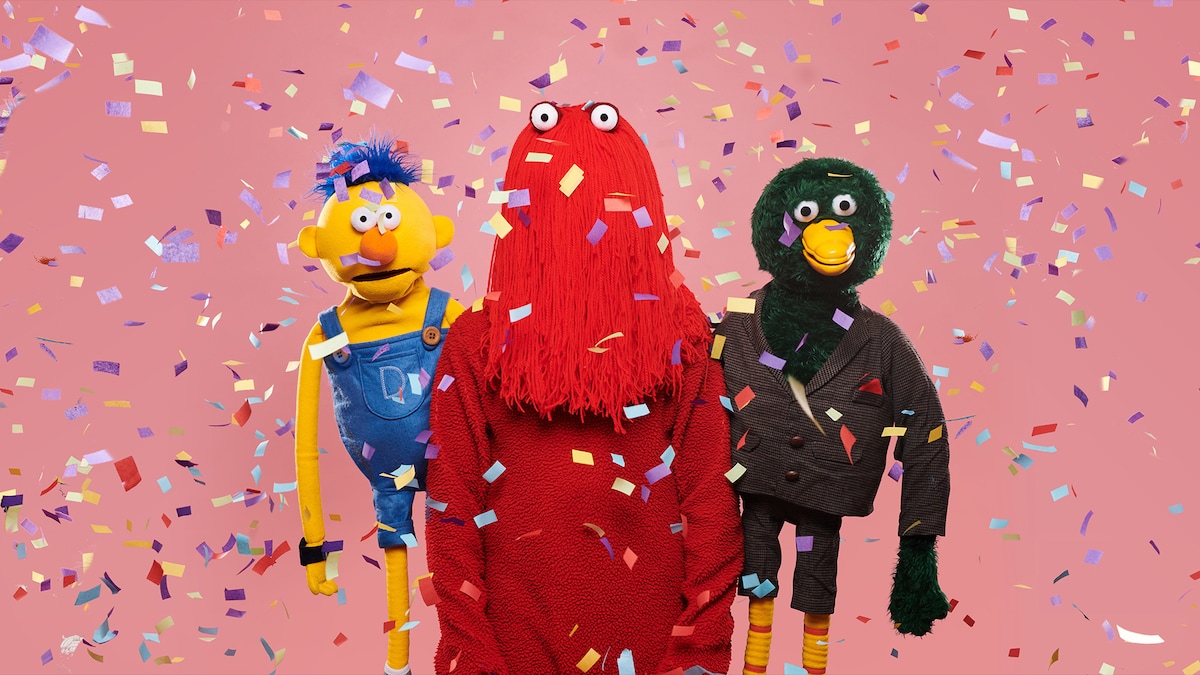 Verdict
This revival of the cult web series retains all the same sense of style and macabre sense of humour as the originals, and is a must-watch for fans of dark and surreal comedy.
7
Cultured Vultures is a pop culture website established in 2013 covering all things gaming, movies, and more. We eat your words.
All The News On The Biggest Games