Don't do this to me again. 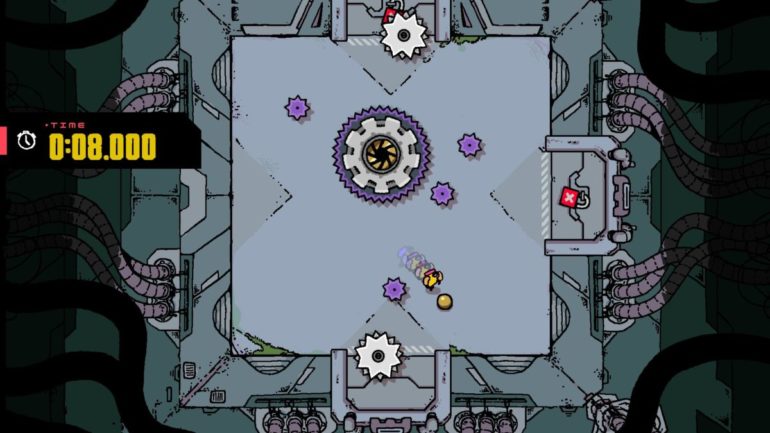 Publisher Devolver Digital alongside the developer superteam consisting of Jan Willem Nijman, Kitty Calis, Terri Vellmann, and Doseone have announced Disc Room: a top-down puzzler of doom that is bound to cause a lot of heart issues later this year.

Here’s the teaser trailer, which shows off a lot of saw-based madness.

The sheer amount of saws on display here is vividly bringing to mind my many deaths during Super Meat Boy, which is a trauma I don’t want to repeat. However, with some of these discs giving the player special abilities on death, it will be interesting to see how these saws are different from saws we’ve seen in the past. Saw IV.

“The year is 2089, a giant disc has appeared in orbit of Jupiter. A crew of international scientists is formed in a desperate attempt to understand the mysterious secrets contained within.

Step into the oversized space suit of a brave but reluctant scientist and explore this sprawling slaughterhouse from outer space. Attempt to discover the method behind its madness as you are relentlessly chased down by intelligent alien saw blades amid a seemingly endless labyrinth of interconnected death chambers. Stay sharp in order to navigate this murderous maze, as the seemingly straightforward slaughter unfurls into far more puzzling complexity.

But, what kills you only makes you stronger.”

We can only see Disc Room up for wishlisting on Steam so far, but we’re checking to see if it will come to other platforms, too. You can play Disc Room for yourself at PAX East, Feb. 27 – Mar. 1.

Also on Devolver’s upcoming slate is the promising horror Carrion, the best battle royale ever in the form of Fall Guys, and also the little matter of Serious Sam 4.

UPDATE: The fact sheet for Disc Room mentions it’s coming to PC and consoles, which we reckon will be include PS4, Xbox One, and Switch.