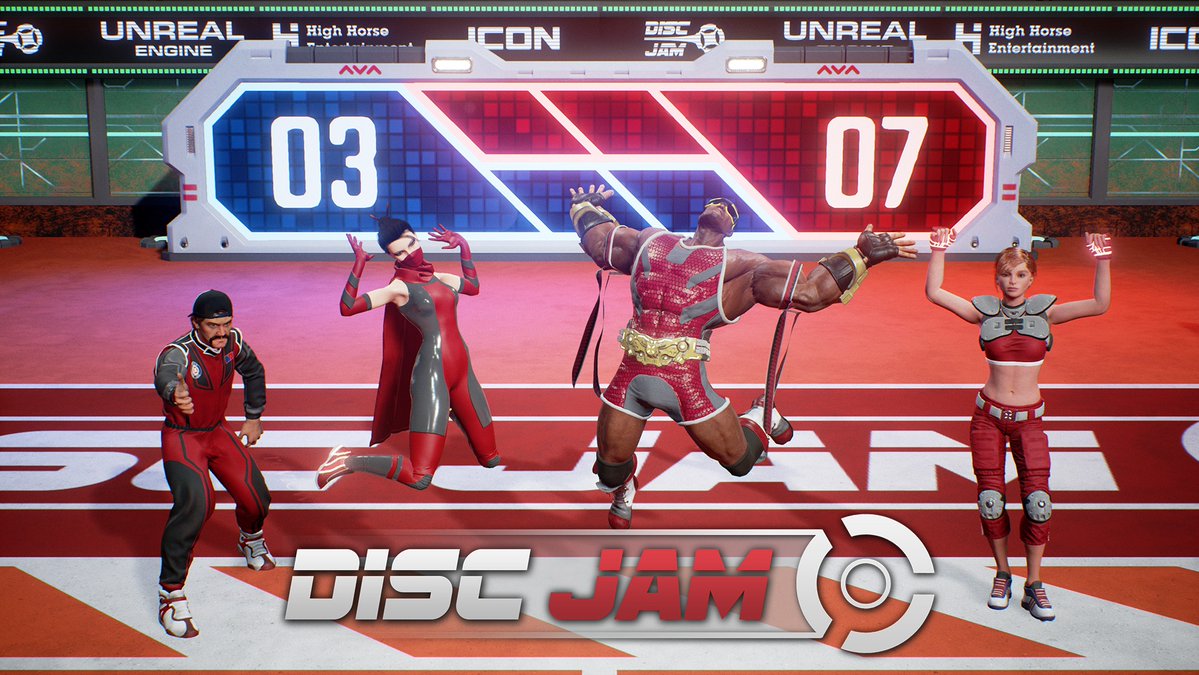 This month’s Playstation Plus offerings saw the release of a sporting title from a development team of only two people: High Horse Entertainment’s spin on the sport of tennis, Disc Jam.

It’s a game which is deviously simple, mechanically speaking, and yet feels surprisingly tactical once you properly sink your teeth into it. A game which is just as exciting to watch as to play, and presents itself with an attractively colourful aesthetic. Sound familiar? Because it should, as not too long ago, Psyonix’s Rocket League had a similar release.

Everybody and their mother knows about Rocket League. It’s the indie football game that launched onto PS4 way back in July of 2015, and has done nothing but grow in popularity. It’s the perfect sports title to play with a group of friends, because even if you don’t like football, you’re sure to enjoy smashing an oversized ball around while driving rocket-powered cars. In fact, it’s so good that it was included on our list of the best indie games of the 21st century. A bold claim, but one which is backed up by the astonishingly high sales.

But has a game finally come along to take the approachable-sporting-game throne from the mighty Rocket League? Perhaps, as it’s inarguable that Disc Jam is an absolute blast to play. Jumping in, you’ll be able to play a match of singles or doubles, and the game works similar to tennis; throw the titular disc at one another, and whoever drops it or misses a grab loses. Accumulate enough points by throwing off your competitor, and you’ll win a set. Win two sets, and you’ll win the match.

It sounds simple, but like Rocket League, Disc Jam has some other tricks up its sleeve. Holding the X button and moving the stick simultaneously will allow you to curve the disc and bounce it off of the walls around the arena, which can seriously confuse your opponent – usually enough to score some points. The longer the disc is in play, the more points each serve will be worth, and so sometimes it’s worth your time to keep a rally going before launching a devastating shot.

You’ll also need to dive around the court to grab those wayward throws from your opponent, and this can be achieved by pressing the square button. This adds a level of momentum to every serve, and skilled players can fake-out their opponents in order to win.

It’s almost expected that a game like this would come with a level of customisation, and Disc Jam offers four characters to choose from, each with a heaping of skins and victory poses. It’s not quite the same selection as other, similar titles, but it’s a good start. New items can be earned through the in-game prize machine, which can be spun by earning 1,000 points from winning matches. You’ll earn around 200 for every game, so this isn’t extortionate.

Where Disc Jam has the potential to fall down is in its variety: there isn’t a lot. Of course, it’s a newly released game that allows for plenty of expansion, but the fact there’s currently only one court to play on feels a little mundane; especially when it’s so visually unappealing. This is something which the title screen promises to fix (“Stay tuned for new maps, modes, characters and content!”), but it’s a shame it couldn’t have launched with a bulkier amount of content.

You can play offline with friends in 1v1 or 2v2 games, which is nice, and there’s a rudimentary practice mode to allow you to get to grips with the more advanced mechanics you can employ. Otherwise, there’s not a huge deal more to talk about. Personally, I’m very excited to see how this game can develop, as I’m having a great time with what’s on offer at the moment. If it’s properly worked on, then Disc Jam could become something very special indeed.