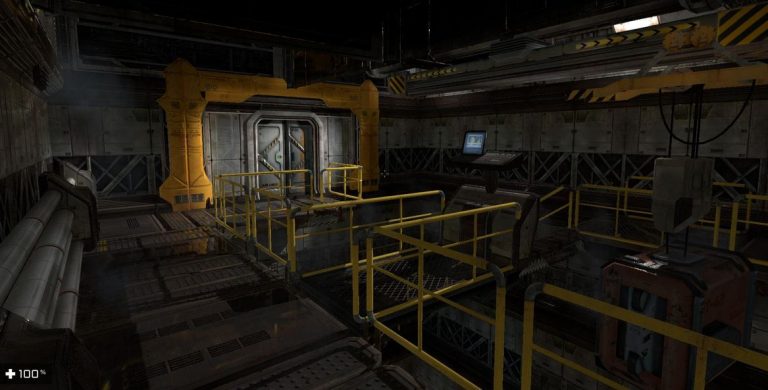 One of the most intriguing things about the state of the modern industry is just how many people are involved with a single production, especially when it comes to AAA titles. With wildly increasing budgets and excessive PR campaigns, the ending credits could almost be turned into a Tolstoy novel,

So, when I heard about the production of Oxygen and the one man behind it all, I had to reach out for a few words. Check out what Robert Targosz of Bent Vector Studios had to say below.

Hi there, how are you?
Hi Jimmy, I’m doing really well. Working hard on my new game, Oxygen and having lots of fun doing it.

For those not in the know, what is Oxygen?
Oxygen is a first-person, multi-player stealth survival game. The objective of the game is to be the last person alive in each round – basically a death-match style of play. The twist is that there is no combat – melee or otherwise – in the game. Instead, players must explore their environment to find tools and resources they can use to build traps or change the environment to either eliminate the other players or be the first to escape. For example, some of the catwalk platforms can be loosened so that the next person who walks over falls to their doom, water sources can be electrified, containers can be dropped and small, IED-style devices can be crafted from available base resources.

I’m not building a story-based single-player game for Oxygen. Players will either compete online against others or play locally using AI bots as opponents (or a combination). The levels are fairly small (you can walk from one end to the other in a minute or two), so players will encounter each other fairly frequently. In addition, players will need to keep moving since the levels change as the round progresses. New areas will become unlocked while other areas will become uninhabitable.

Can you tell us more about how it’s inspired by Arthur C. Clarke’s ‘Breaking Strain‘?
Breaking Strain is the story of two men (Grant and McNeil) travelling on a cargo ship that is damaged far out in space. With 30 days left to travel, they’ve figured out that they only have enough oxygen left for 20 days – if they both live. Grant finally works up the courage to poison McNeil – trying to make it look like suicide – only to discover that McNeil has turned the tables on him.

I thought about how fun it would be to play out such a scenario in a video game – using reduced time factors, of course – in multi-player. No weapons, only your wits. 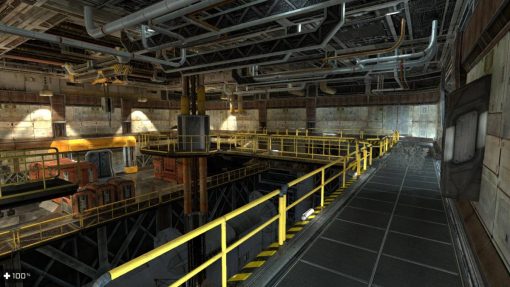 What are some of the key mechanics to get right when making a stealth game? Have you encountered many problems?
I’m still in the very early stages of balancing game-play, but so far I’ve found the hardest things are creating the environments such that multiple players can actually be stealthy. In most stealth games – the Thief series comes to mind most readily – players are usually pitted against an AI. That’s easy to tune, just limit the AI’s senses and keep tuning until the difficulty feels right.

With multiple players, there’s no direct, easy way to limit player’s senses. I have to play with lighting, environmental effects, noise and the actual level design to ensure players have ways to hide and sneak around each other while exploring and setting up traps.

Do you have any advice for any young devs out there looking to get into games development?
First: learn to code. Unless you’re a really talented artist, learn to code in one of the modern game development languages C++ or C#. Unity3D requires some knowledge of C# as Unreal does for C++. While there are engines that can be used without coding (and Unity3D has PlayFab and Unreal BluePrints), and some great games have been made in them (like Ridiculous Fishing in Yoyo’s Game Maker), you will be doing yourself a huge favor in the long run by learning to code as well.

Second: start small. Don’t start into game development hoping to create the next version of Destiny or GTA V. This is impossible. Games like that take hundreds of millions of dollars and huge teams to make, not to mention a lot of special technology, knowledge and experience. My first game was a simple ball-drop game that shipped on a single platform (Plummet for Windows Phone). It was really simple and frankly kind of stupid, but I made it to learn.

Third: get into the habit of finishing and shipping. I know a lot of indie developers who have never shipped anything. Their games have literally only ever been played themselves and – perhaps – a very small group of close friends. There’s a lot of momentum behind “fail fast” but in my opinion that doesn’t apply to indie game development, at least not as much.

Finally: I’ve found that the amount of work needed to make a game can be fairly evenly broken into 3 parts: 1/3 making the game (level design, game-play, characters, etc.), 1/3 making all of the pieces that go around the game (icons, menus, loading/saving, cloud support, etc.) and 1/3 sales, marketing and support activities. Plan appropriately if you want to be successful and don’t expect to simply publish your game and immediately get 10,000 downloads an hour.

Are you thinking of bringing anyone else onto the team soon or are you happy being a lone wolf?
I love the freedom of being a ‘lone wolf’ – I’m not answerable to anyone else if I decide to take a weekend off with the family. However, I’ve also been doing this long enough to know I can’t do everything, at least not to the level of quality I expect from things like music, sounds, 3D models and texture artwork.

I’m an indie developer with ‘alternative employment’ – so I spend 40+ hours a week at a paying job and another 40+ hours a week making games. This means I can afford to contract out some work or purchase ready-made assets from the Unity Asset store or other sources then modify them to fit my needs. I’ve purchased a ton of assets in the last 3-4 years and while some of them have aged poorly (e.g.: non-PBR textures need to be re-built), many of them continue to be very valuable.

Finally, my family loves the fact that I make games. My wife, Ann handles finances and the kids are great for play-testing and bouncing design ideas off. 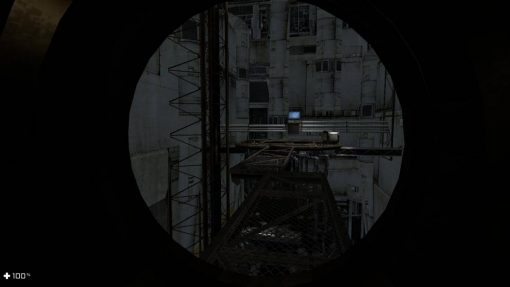 How will the multiplayer aspects of the game work?
There will be multiple game-play modes. Players will be able to practice offline in a single-player vs. AI mode where they compete against 1-3 bots. Multi-player will be remote only (no local modes) with 2-4 players per game. Players will create an account on our Oxygen servers and log in. I’m still finalizing the exact match-making details, but players can create a new game or join an existing one.

I’m planning to have two game-play modes: every player for themselves or 2 vs. 2 co-op. In the first mode, the last player left alive wins while in the latter mode, the first team to have both members eliminated loses.

By default, levels will have a time limit – probably 10 minutes or so, depending on the level size/difficulty – but this can also be disabled if players want to keep playing until a winner is determined. For timed levels, if more than 1 player/team is still alive when time expires, nobody wins.

In addition, levels will have some aspects of pseudo-randomness to them. While the overall map design won’t change, the location of important items, traps and resources will change every time the map is loaded. This will keep things from getting boring and prevent veteran players from having a huge advantage by knowing all the level’s secrets before the game starts.

And finally, why should we be keeping an eye on Oxygen?
I feel that Oxygen will provide a unique and challenging experience for gamers. Using your wits not relying on weapons is actually a lot of fun. I’m making some really great Sci-Fi environments (space ships, an asteroid mine, a cloud city and others), each of which will have its own disaster to survive. Watch your own back; stay alert to stay alive.