Deathloop: How To Check Your Map 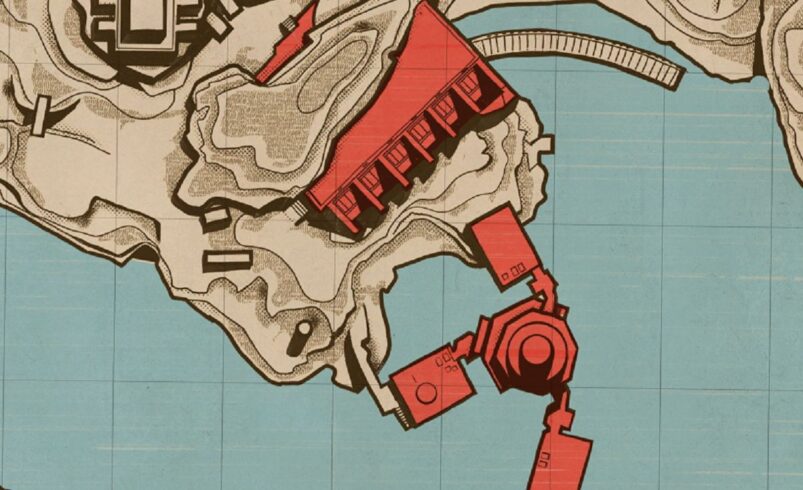 Deathloop is a game all about its four amazing maps, sandboxes with loads of nooks and crannies to get lost in — literally.

There’s no way of checking exactly where you are on a map in Deathloop, unlike a lot of other sandbox games. Instead, Deathloop wants you learn where you are over time as you will be returning to the same spots but at different times, slowly getting a complete picture for where you are.

The four maps in Deathloop are as follows:

Each of these maps has a Visionary target, who will give you rare weapons, trinkets, and loads of resources for eliminating them, as well as tonnes of other side objectives and distractions.

While you can’t check your location on the map, you can actually find a map for each location that gives you a general idea of where everything is. Here’s all of the maps in Deathloop.

Fristad Rock is a suitably rocky sandbox in which you can find Fia in the afternoon and Franklin in the morning.

Karl’s Bay features a harbor and also Harriet, a crazy cult leader. Loads of other side objectives here too.

A rather complex place to traverse, The Complex plays host to Egor at night and Wenjie(s) in the day.

The first place you will explore, Updaam can feature all of your Visionary targets at once if you play your cards right, but Aleksis is here at night and Charlie during the afternoon.

Don’t forget that certain areas will be unavailable at points of the day, such as Franklin’s club after morning due to the effects of other loops that you have no control over. Also, remember to take your time when exploring as there’s always something you will miss, and that any locations with Visionary targets will have their profile when you go to select their sandbox level.

We will be updating the maps above with more info on each spot and POI when we get them.