For all its inventive visual and audio design and use of satire, season three never loses sight of what is most important: the characters. 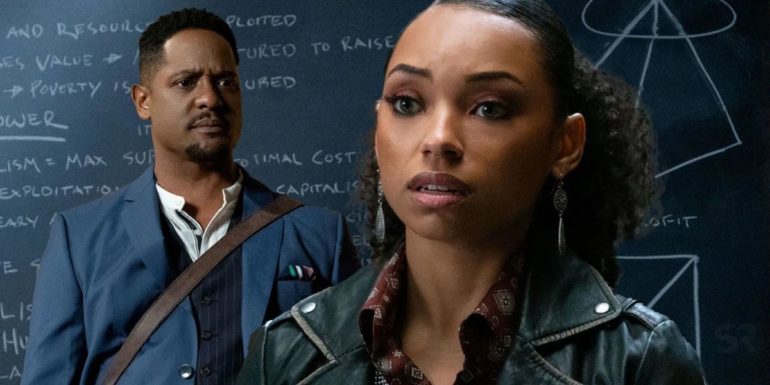 Although at its core Dear White People has revolved around heavyweight topics such as racism, homophobia and societal issues, there has always been an element of the absurd thrown in for good measure. The conclusion of season two certainly pushed this even further, when Sam and Lionel stumbled across a mysterious secret society called The Order.

Season three continues in that fashion, delivering a handful of absurd, humorous and highly satirical moments. It is important to note that the show still tackles sensitive subjects, but there is definitely even more humour present in this season.

The formula for Dear White People has been shaken up for season three and some may find the adjustment a little difficult to digest. But like the latest season of Stranger Things, the decision to change things around works in the show’s favour.

Sam has stepped down as the host of her Dear White People radio show. Best friend Joelle has stepped into the slot, tackling the same important issues but with her own unique approach. Sam and Gabe’s relationship was a big focus for season two and although time is dedicated to it in season three, more attention is given to Joelle and Reggie this time round.

It isn’t just the characters that have changed but also some of the styles and approaches Dear White People uses. In the previous season, each episode revolved around a particular character. Naturally in a show with so many key characters, they weren’t solely focused on them, but there was a sense that the episode was being told from their perspective.

Technically this approach still remains, as an episode will open and close with a particular character, but season three seems to drift away from them and follow other characters and stories more often. On the one hand this means that more situations and perspectives are covered, which provides a variety of voices and opinions. On the other hand, it can at times feel it bit fragmented in its presentation.

The various changes made in season three keep the content fresh and unpredictable, as well as illustrating the growth and development the characters have undergone. It grounds the show in reality and makes the characters believable and relatable.

This is hugely important as there is a lot of material in this season, which is exaggerated and in some cases surreal. It is a hard balance to strike and for the most part Dear White People achieves it effectively. Sensitive and important issues are present throughout, but surrounded by many humorous and wacky moments.

The Order narrative has been teased throughout the previous two seasons, and this continues in season three. The fact that it only crops up a handful of times adds to the mystery and allure of the secret organisation. At the same time, it does feel a bit too sparsely implemented, and it is used so sparingly that halfway through season three I had almost forgotten about its inclusion. Fortunately when does come to the fore, I can’t help but be entranced by the extremely watchable Giancarlo Esposito, who presents a character that is able to be somehow nice but also menacing at the same time.

The weird and surreal sequences work best in this season when Dear White People is doing what it does best and leans into the satire. The spoof television shows and films that the characters watch are just pure strokes of genius. The show’s ability to make you laugh, be thought provoking and cleverly send up questionable pop culture is very impressive.

Like many good satirical comedies, Dear White People even manages to poke fun of itself and its self-aware and reflective nature adds yet another string to its bow. The start of the last episode turns everything completely on its head and messes with a lot of conventions. It challenges itself, you the viewer and the issue which is under discussion, and it is a truly ingenious way to approach the difficult subject matter.

It is isn’t just in terms of content that Dear White People has fun experimenting with styles and approaches. The show and original film have a very playful and inventive visual design. Season three looks and sounds great with smooth camerawork, clever editing and a seriously catchy soundtrack.

There are some great shots and sequences where the camera effortlessly floats and glides around Winchester Campus, and it is all very slick and smooth in its delivery. Particular scene transitions and cuts caused my lip to curl into a smile of deep satisfaction. The eclectic mix of songs are immensely enjoyable, but they are also used slyly to either complement or juxtapose the subjects of the scene.

For all its inventive visual and audio design and heavy use of satire, season three never loses sight of what is most important: the characters. The original film of Dear White People was brilliant, but the advantage of the TV show is its much bigger scope. Having three seasons with ten episodes apiece allows for a deeper observation and exploration of the characters.

As with a lot of TV shows, certain characters are focused upon more than others, but considering the large amount of players, season three does extremely well in its distribution of attention. Lionel, Reggie and Sam stood out most for me in terms of deep character development. In Lionel’s case, we see him coming more out of his shell and more confidently embracing his sexuality.

In many ways, season three is about characters being brave enough to speak up, or prove their false prophets wrong by taking a risk and making it on their own. It is also about the characters figuring out who they are and where they belong. This is explored through challenging preconceptions about race, gender, and class, and the show’s ability to use both drama and humour to achieve this gives the show its real edge.

Sam makes an enlightened realisation halfway through the season that despite everyone coming from different backgrounds and situations, they are all facing the same trials and tribulations. There is a lot of confrontation and characters running into obstacles throughout, but there is a sense of acceptance and unity that makes for a satisfying pay off.

There are points when the season feels like it has bitten off more than it can chew with the many character arcs and different storylines. But what is so clever about the last few episodes is that the show brings them all together succinctly. All the various singular strands and threads form a larger whole, which not only works structurally but thematically as well. The way the season concludes is a little open ended. Some narratives come to a natural conclusion, but there’s still potential for another season based upon continuing character arcs and relationships. 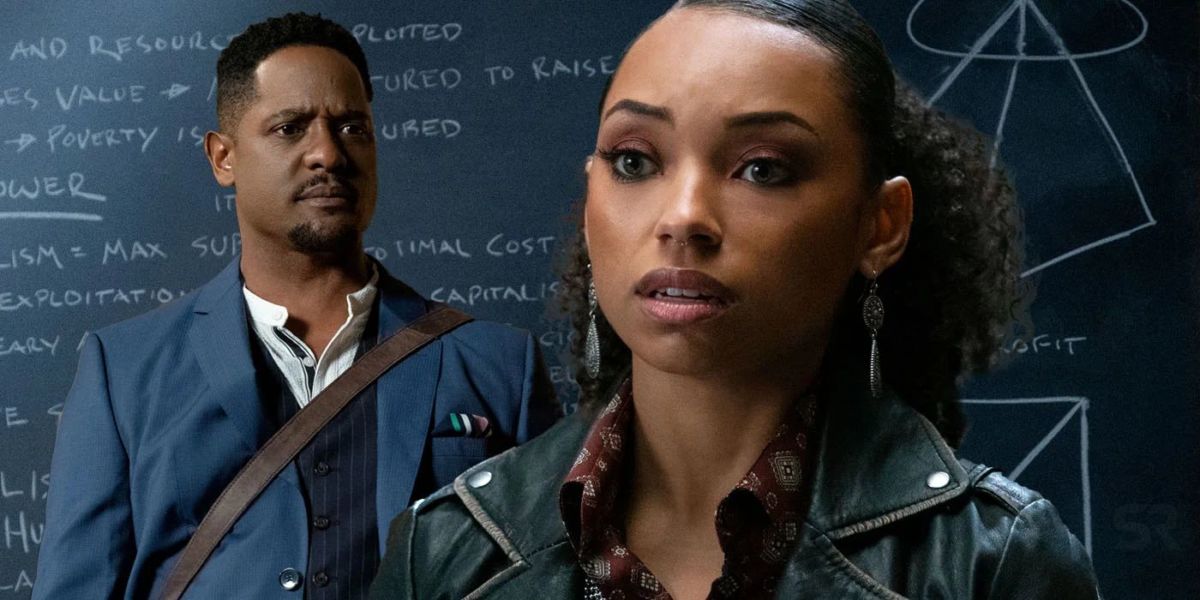 Verdict
Dear White People continues to break barriers, whether that be in challenging people's preconceptions or literally breaking the fourth wall. It is the boldest season so far, but the risks it takes only serve to elevate a highly entertaining and thought provoking show.
8.5
Cultured Vultures is a pop culture website established in 2013 covering all things gaming, movies, and more. We eat your words.
All The News On The Biggest Games