No time for crowning around (sorry). 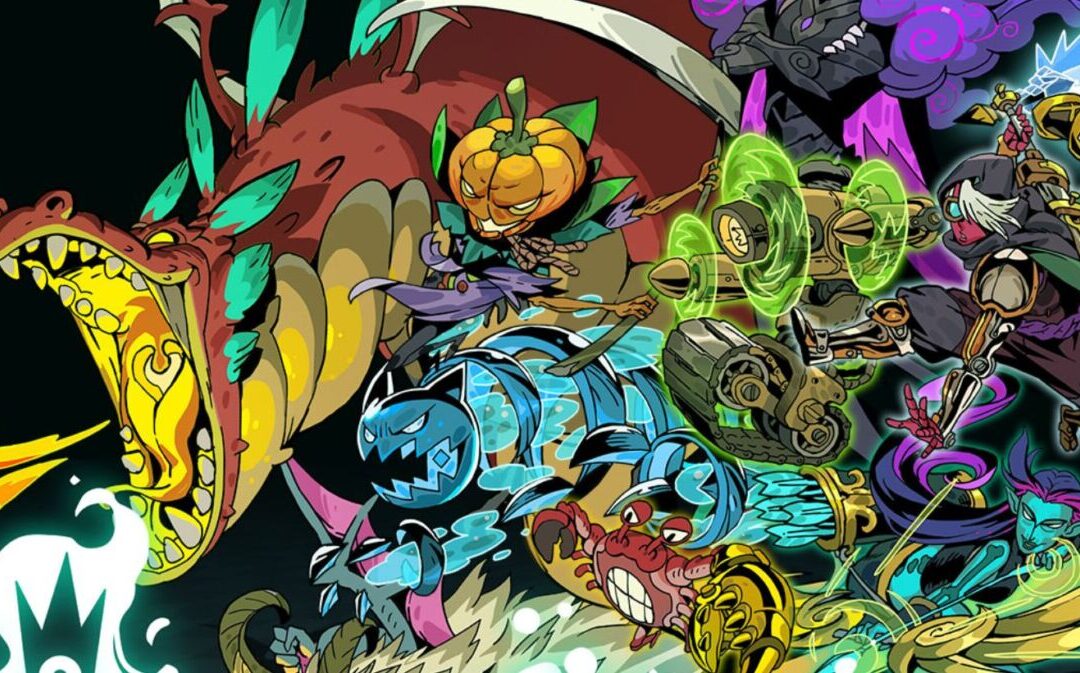 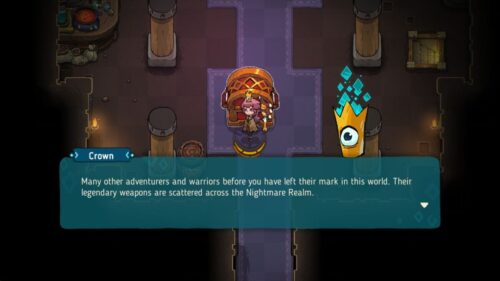 Roguelikes tend to stick to a rigid formula, where players navigate procedurally-generated areas, wade through enemies, and lose all their weapons and abilities when they die. As the genre grows in popularity, the games in question must diversify themselves to better stick in an audience’s mind and stick out from the crowd. Crown Trick, developed by NExT Studios and published by Team17, doesn’t have a single clear gimmick, but instead builds its identity on an extremely deep well of interlocking gameplay mechanics to keep players tuned in.

In Crown Trick, you play as Elle, a plucky young heroine who finds herself in the world of nightmares, approached by a snooty talking crown and told she’s the only one who can save the world from the evil forces that are on the rise. In other words, it sure is a video game. This isn’t a critique — the story gives us just enough mystery and intrigue to hook us and get us on our way.

As you plunge deeper into the nightmares, you rescue merchants and other NPCs who can aid you in between runs. You enter the adventure proper by sleeping in a comfortable-looking chair in your base and entering a dream world where you fight through various levels against increasingly powerful enemies, get defeated, get woken up, then go back to dreamland to fight again.

The combat in Crown Trick is extremely complex and compelling. You begin each run with a choice of two random weapons, and can access others as you go. There are swords, spears, axes, rifles, pistols, shotguns and more, some with elemental abilities, and some with special range or special damage conditions like doing double damage when hitting multiple enemies. In addition, you can find items that can alter your abilities or alter the playing field, like freezing the tiles in front of you or dropping an exploding barrel. Defeating mini-bosses gives you the power to use them as ‘Familiars,’ meaning you can use magic to replicate their attacks.

All these abilities and the various trade-offs of each weapon and familiar is enough to make a player slow down and read carefully, but Crown Trick has more variables to throw at you. The game’s combat is turn-based, meaning enemies only move after you do. They move immediately after you do, though, and the turns aren’t formally shown in the UI, meaning tense battles can push you so far into the zone that you forget you actually have time to plan your next move. Forgetting usually led me to failing a run, so it’s very important to not let yourself get carried away by the adrenaline of the moment.

Enemy moves, stats, and weaknesses are all telegraphed, if you bother to check. Area-based attacks are foreshadowed with a countdown over the spaces effected, giving you at least one turn to think about how to anticipate and react to what’s coming. Crown Trick doesn’t want to trick the player — the combat is hard enough even when you know exactly what is going on.

In addition to minding your enemies’ moves, you also have to keep constant tabs on your surroundings. The environment is both your biggest ally and your most dangerous enemy. Your elemental abilities can affect you too, meaning you’re just as much a danger to yourself as the monsters are. Breathing fire and igniting three tiles, only to accidentally walk into your own flames, or standing too close to an exploding barrel you placed were mistakes I’m ashamed to admit I made more than once. These were learning moments, though — the battlefield is constantly in flux, and Elle isn’t just walloping enemies, she’s setting up the world around her like pieces on the game board.

You have to mind your surroundings for enemies that can approach on all sides, elemental threats like barrels of oil or electrified tiles, and traps like tiles that shoot spikes every few turns or spring-loaded tiles that push you back the way you came. When you internalize Crown Trick’s rhythm, mastering your own abilities, the layout of the current room, and your enemies’ plans, you feel like a candy-colored Sun Tzu. When you goof it up and walk right into an electrified tile, get stunned for two turns, and have two big robot spiders bulldoze you because you didn’t check if there were any enemies below you, you feel like a dumb baby who should go back to playing baby games.

Crown Trick is very difficult, with a steep learning curve. However, it never felt infuriatingly or unfairly difficult. The game doesn’t hold your hand, but if you’re paying attention, it does point the way as best as it can. The game’s lovely visuals, looking like the early 2000’s fantasy show Nickelodeon never made, soften the blow considerably, as it’s hard to feel too discouraged when all the colors are so vivid and every character is so endearing.

However, the game’s reliance on random elements — from the weapons that you get, to the items available in the store to the layout of each maze and the power-ups you can encounter, makes for very uneven runs. This is partly just the nature of roguelikes: sometimes you get a bad roll of the dice, and you’re stuck with a weak weapon fighting a mini-boss you’ve never seen before in the second room of the run.

Crown Trick’s openness to the whims of fate means that you feel like you’ve been dealt a losing hand more often than not. The sheer number of weapons and abilities available means that there are a high percentage of duds, and you’ll be surprised at just how many different weapons there are that are all worse than the one you got at the start of a run.

Being so beholden to lucky item drops does mean that there’s a limit to how much you can succeed through skill and practice. No matter how well you can clock all the variables in a given room, if all you have is a weak sword and no more items, you’re likely about to reach the end of your run.

This also makes starting a new run less exciting than it likely should be. After a failed attempt, I never found myself excited at what I’d learned or certain I could beat a specific boss on the next try. I couldn’t be certain I’d be able to get all the right events to happen to feel in control of my progress. As much fun as Crown Trick is in the moment, the cold calculation of its turn-based elements and the kinetic urge to keep pushing forward don’t quite elevate each other so much as pleasantly coexist. Starting a new run in a roguelike should be exciting; in Crown Trick, there’s a 50/50 chance it just feels daunting and futile.

For all my complaints about Crown Trick ’s frustrating barriers to progress, it is still a delightful and stylish gem with a ton of complexity hiding under its Candyland-looking exterior. Its combat is equally thrilling in its need for careful strategy and frustrating in its steep dependence on randomized elements. While it may not have the staying power of other roguelikes, it is a tasty enough treat to entertain fans of the genre. 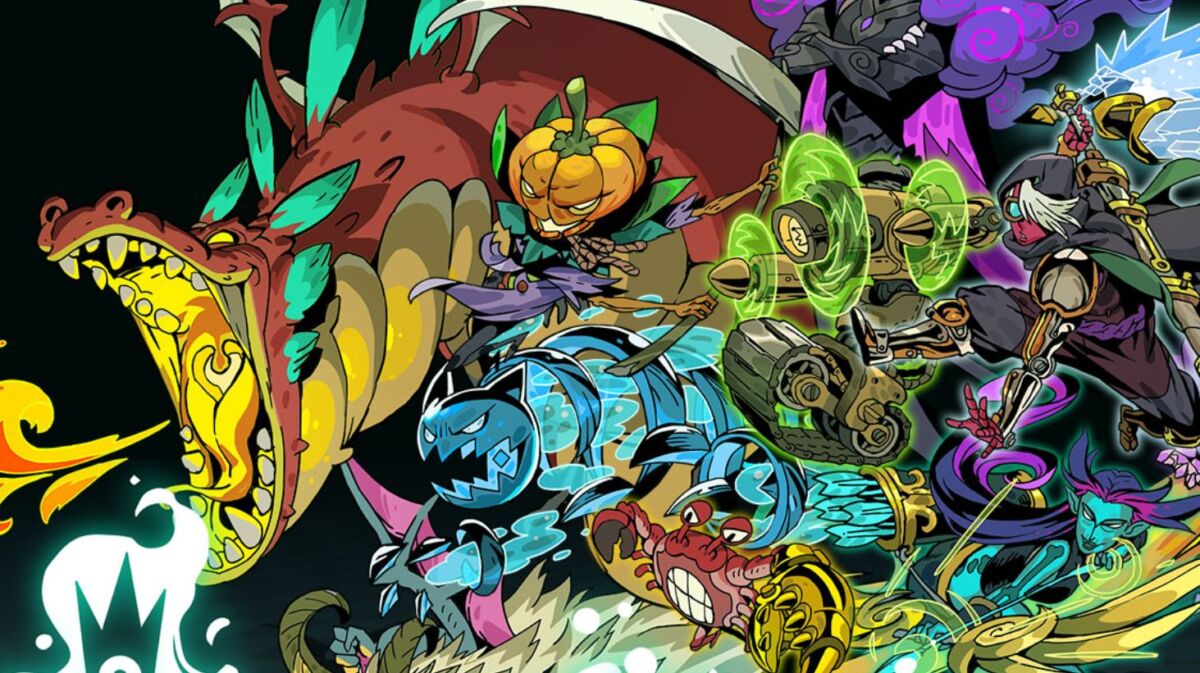 Verdict
Crown Trick is slow to start and can’t always get out of its own way, but patience is rewarded by a brain-twisting action RPG with a killer look.
7.5
Cultured Vultures is a pop culture website established in 2013 covering all things gaming, movies, and more. We eat your words.
All The News On The Biggest Games