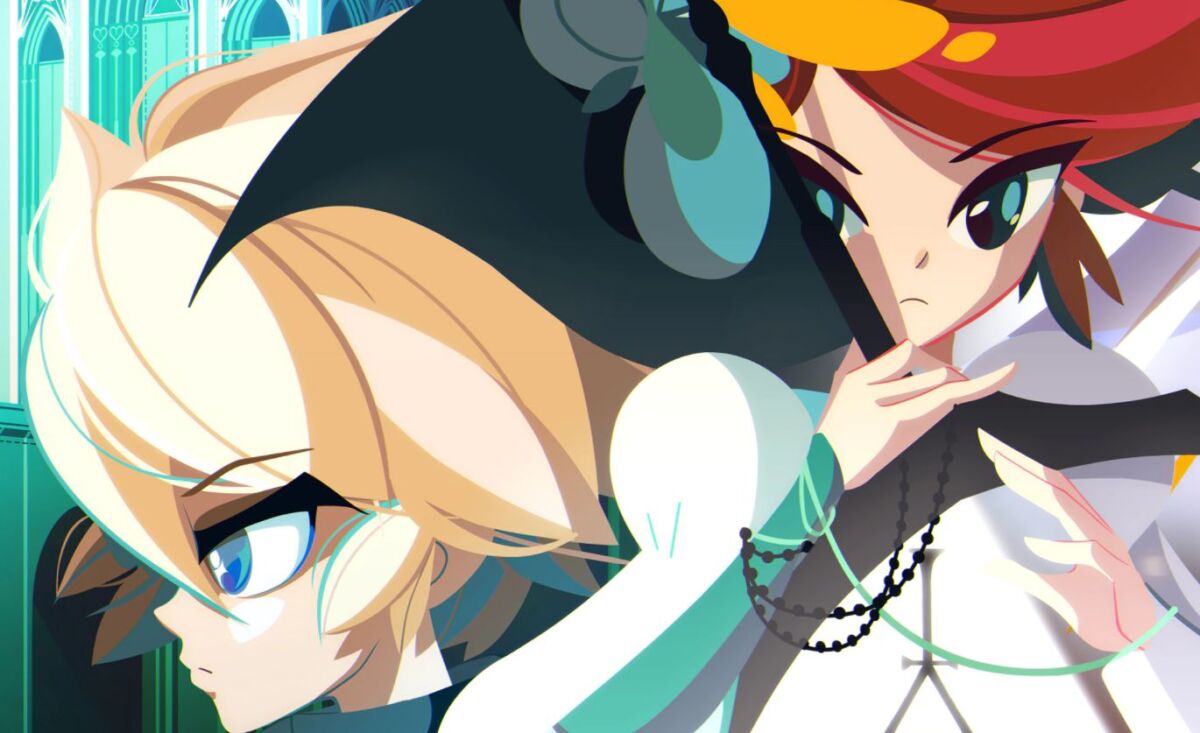 This game’s playing all the RPG hits. 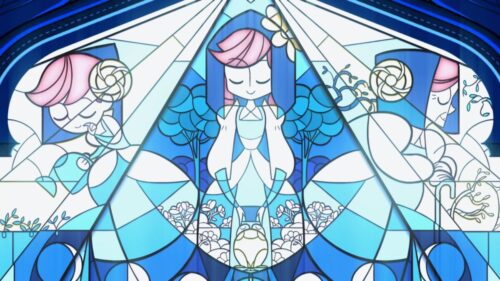 Cris Tales identifies itself as a JRPG. It pulls structural, narrative, and gameplay elements from heavy hitters like Chrono Trigger, Final Fantasy, and the Persona series. But underneath all of the turn-based systems and attacks that make numbers pop up onscreen, Cris Tales feels less like any kind of game at all, and more like a bedtime story.

You control Crisbell, a bright-eyed orphan who one days happens upon Matias, a talking yellow frog in a top hat that quickly leads to her becoming a Time Mage, teaming up with other brightly-colored warriors of time, and fighting against the enigmatic and powerful Empress of Time. While the premise is also very similar to generic RPG fare, Cris Tales excels in the little details that make this game so comforting to explore.

Contributing to the game’s storybook experience is its frankly gorgeous visual style. Characters move as 2D images in 3D worlds with other 2D geographical elements, like an Art Nouveau version of Paper Mario. Beautiful mossy trees hang over a river running literally red, trash bobs around in an underwater city, and massive statues rise out of the ocean with visual splendor to make you truly feel like a kid again, having your imagination taken for a wild ride by a great book, pop-up or otherwise.

Every character is gorgeously designed, with character models and outfits dripping in charisma and charm, from Matias’ just-silly-enough top hat to the Empress of Times’ angular, frigid costume. The characters are also well-written, with personality and humor, and voice acted with energy and aplomb. All combined, the atmosphere of Cris Tales is cozy, welcoming and comfortable even as you battle through the past, present, and future. Each new area feels vibrant and fully-thought out, each new enemy is full of distinct detail, and each twist in the story is just surprising enough to feel earned without ever veering into the true convoluted potential of time travel stories.

On the topic of time travel, one of the key gimmicks in Cris Tales’ battle system and environmental puzzles comes in how you and Crisbell futz with time. For certain moments, the left side of the screen will have a filter over it showing the area as it appears in the past, and the right side will likewise have a filter showing your current area as it stands in the current version of the future, unless you change things in some way. In battle, you’re able to shunt enemies into different times — turning an enemy machine in the present into a rusted-out wreck in the future, for example. These elements turn battles into a sort of puzzle to solve, as you reckon with the possibilities and risks of sending enemies across time.

Beyond the time travel gimmick, combat in Cris Tales is fairly familiar. You and your teammates have physical and elemental attacks along with stat buffs and debuffs, and some abilities dovetail into the time travel powers nicely. For example, one party member can either throw a poison plant at one enemy poisoning them, or plant a poisonous seed which will sprout and poison all enemies on one side of the screen after a few turns. However, if you send that side to the future, the plant will immediately sprout and poison everyone. Finding and exploiting the overlap of your team’s abilities is paramount for your success.

Lifting a page from Super Mario RPG, Cris Tales’ combat also has a mechanic for mitigating the damage your characters take, as well-timed button presses can partially deflect or entirely parry incoming attacks. Similarly, pressing the action button the moment your attack connects leads to additional damage. Combat might be turn-based, but it’s still an active endeavor in Cris Tales.

On the less enjoyable side of things, there are some imperfections in Cris Tales. First and foremost, the version of the game currently available suffers from some performance issues, specifically load times that last juuuust long enough to pull you out of the game. If the load times were only localized to entering a new area, or reloading a save file, that’d be one thing, but the game kicks to a loading screen every time you engage an enemy in a battle. As this is a game with random encounters and enemies not visible before a fight starts, this means that you’ll be walking through a dungeon only to be stopped every few steps as the screen flashes to white for several seconds. Dungeon crawling becomes an exercise in patience (and praying for fewer encounters) all too quickly.

On the topic of enemy encounters, Cris Tales doesn’t dumb itself down for players. The first proper dungeons are real doozies, and you’ll likely find yourself low on hit points, magic, and items very quickly and very often. Grinding enemies for EXP then becomes a dicey proposition, and you’ll likely have to camp out near a Save Point to save your progress after every three or four enemies until you’re strong enough to push forward.

True to its JRPG roots, Cris Tales is absolutely a game that requires grinding, so it’s a good thing that everything battle-related (other than the loading screens) looks so good. The game has a steep learning curve after its gentle tutorial, and while there’s a thrill in finally discovering the cracks in enemies’ defenses, a little bit of a gentler accumulation at the outset might have been a helpful way to teach players the ropes. Combat, and specifically any incentive to experiment and find an optimal solution for different enemies, is severely impaired by the frequent scarcity of resources — so other than grinding for money and EXP, your best bet is to often figure out a single strategy and brute-strength your way through every area.

Even with these frustrating elements of the experience in mind, Cris Tales still resists negative opinions. As irksome and opaque as boss fights might seem on the first (or second, or third) try, figuring out how to time-travel my way into a weak point was always a eureka moment, and finally beating them was always a rush of celebratory endorphins. The soothing and dazzling design of every character, enemy and environment, coupled with the charming atmosphere and overall inviting world design, make Cris Tales a game that lingers in your mind, and encourages you to linger in it. A little Cris Tales before bed will make you feel like a kid again—a kind of time travel that most games only dream of.

Verdict
While Cris Tales has some bumpy aspects in its combat and doesn’t pull any punches, it remains a stellar RPG that pays tribute to great titles of the past while still building forward to make a modern hit in the present.
8
Cultured Vultures is a pop culture website established in 2013 covering all things gaming, movies, and more. We eat your words.
All The News On Your Favourite Games