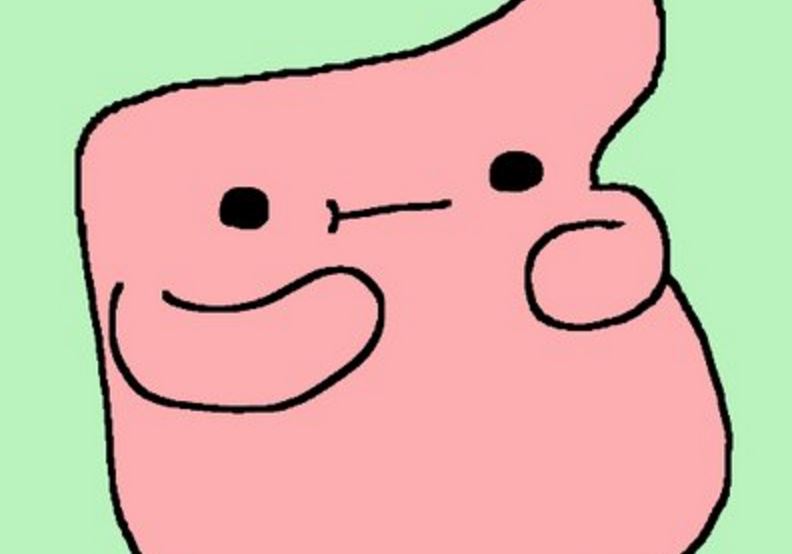 The concept behind Eat My Paint, a web comic published on Tapastic, is that Lloyd Davies takes weird and humorous tweets and illustrates them in MS Paint. It reminds me of the “story behind .gifs” comics that I see floating around on Tumblr and Facebook. This collection takes the first eight “episodes” and also includes eight strips exclusive to the book.

The artwork, to my eye, is what I would call average for an MS Paint comic. MS Paint, despite its simplicity, can be used to make some really amazing things in the hands of a skilled and very patient artist. Davies opts for simplicity, which doesn’t harm the art. It’s obvious the style he’s going for is more cartoony. While it’s nothing special, it looks good for what it is. The humor is intended to be the real draw of the comic.

The humor is what I found to be the biggest problem with this book. I just didn’t find this funny. The tweets that Davies picks are, in fact, rather clever and funny, and his illustrations don’t do much to add to it. Most of them come across as the sort of “lolrandom” humor that’s way too rampant on the internet.

Eat My Paint doesn’t do much to distinguish itself from the thousands of web comics doing the kind of humor being done here, outside of somewhat better art. Of the eight episodes collected in this one, there was only one that I found funny. There’s one more that would have been a lot funnier if it was at least two panels shorter.

The eight exclusive strips are nothing to write home about either. All but one are just continuations of jokes made in the original eight comics. These jokes already weren’t very funny, so attempting to beat them into the ground doesn’t help things. It really just came across like Davies didn’t have anymore ideas.

The one comic that isn’t a continuation of other jokes isn’t a humor strip, but it’s nothing to write home about either. The story of the comic involves Davies’s avatar on a rowboat in the middle of a large ocean. It’s obviously a metaphor for being a creator on the internet and it is the most visually appealing comic in the book. Despite that, it’s not very compelling. It isn’t particularly insightful, the art’s not interesting enough to make it work as a simple visual piece, and the metaphor is pretty obvious. I just hope Davies doesn’t beat me with a paddle for this review.