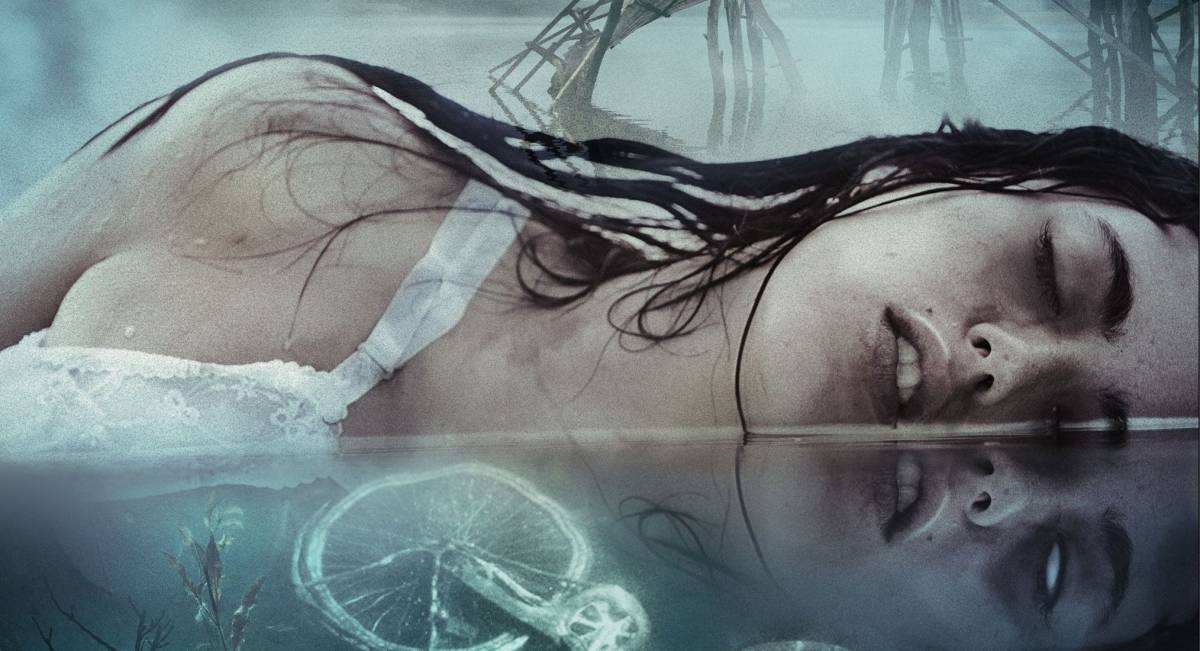 Based on a novel by Michael McDowell, Cold Moon is a damn fine supernatural horror-thriller from writer-director Griff Furst (screenplay co-written by Jack Snyder). No camp value here, if that’s what you’re after. It has the tone of a thriller with ghost story elements throughout. Until we reach the end, we’re not even totally sure whether the hauntings aren’t simply a manifestation of the killer’s guilt, his unconscious projected onto the world.

Though the novel came out in 1980, Furst pushed the timeline up a bit so that the story takes place in 1989, the tail end of the Reagan years. The fetishization of wealth and corporate greed run amok are powerful themes here, so it made sense to set the movie in a time when these values were entrenched in the American psyche. It’s sometimes a bit bit too heavy handed, what with the murder victims being three poor blueberry farmers who are in danger of losing their property and just happen to be sitting an oil field that could make a lot of people rich. But wealth disparity and the corporatization of family farming were, and continue to be, of great concern, especially in the South, so a strong thematic and philosophical statement where the stakes are literally life and death and the soul of a capitalist is at stake is quite appropriate here.

Another major theme is the latent racism in the post-segregation South, barely twenty years past school integration. It’s interesting to note that while Cold Moon takes place in a majority-white town in Louisiana, the main murder suspect is an African-American school teacher with no previous criminal record. A far more credible suspect is the yuppie banker, but, as it goes, his wealth makes him virtually beyond reproach.

The ghost story builds slowly, keeping us guessing without insulting our intelligence. Even the bodies, which are submerged in water before they’re discovered, have a decayed, other-worldly look about them. I think that this could be a real crossover, in that people who are not normally into horror flicks but dig the fast pace and tight plotting of a thriller could really get into it. I bet that if someone went into the movie expecting a straight thriller, they wouldn’t really start catching on that it’s definitely a horror flick until at least thirty minutes in.

And speaking of horror-thrillers, Cold Moon features a neat shift in perspective about halfway through the film. Initially, the story is told from the point of view of the Larkin family, who own the failing berry farm, but suddenly we’re following the killer for most of the movie. Cold Moon sets up a murder mystery and then solves that mystery halfway through. It reminds one of Psycho and the sudden murder of the main character as the second act comes to a close.

The acting is damn fine all around. Christopher Lloyd is in fine form during his three short scenes as the old-school banker James Redfield, who sees himself as part of the community, someone whose wealth comes with responsibility. Frank Whaley is pretty good in his role as the sheriff who’s blinded by his loyalty to the Redfields, but his character does seem a bit underdeveloped. Josh Stewart is fascinating as Nathan Redfield, son of Lloyd’s James Redfield, the greedy young banker who has been running his father’s business while he’s recovering from an illness. Nathan Redfield is a sociopath, more or less, and these kinds of characters can easily lend themselves to caricature. Stewart makes Redfield seem fully rounded, if not quite human, so good job there. Look for Tommy Wiseau in a don’t-blink-or-you’ll-miss-him performance as a travelling snake handler carny.

Cold Moon is a dark little tale that takes you into the heart of paranoia and speaks to the real and latent violence of a strange transitional period in the American South.

Cold Moon will open in theaters and VOD on October 6th.