Is Cody Rhodes Out Of Touch With Pro Wrestling? 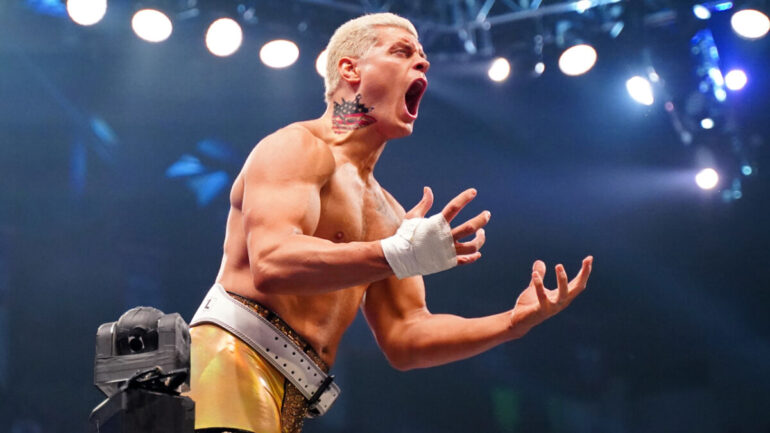 Since establishing All Elite Wrestling as a new wrestling superpower, ‘The American Nightmare’ Cody Rhodes has taken some rocky roads during his time as one of AEW’s top brass, as well as a full-time active performer. His original mission statement was to ensure that no political power would be used to benefit the wrestlers in-ring careers, as in, Cody would not abuse his role to enhance his own win-loss record, or put himself on the top of every PPV card going.

Credit where it’s due, Cody nipped all those potential issues in the bud fairly early, losing his first AEW Championship challenge to Chris Jericho and stipulating that he would never be able to vie for the title again in his career. A bold move by ‘The Son of a Plumber’, and a guy who could easily book himself to be a decade-long AEW Champion should he wish to.

This went down well with wrestling fans who have long been used to tyrannical authority figures putting themselves over almost every other performer on the roster — I’m looking at you, Jeff Jarrett. But then things took a turn for the worse when Cody started racking up victories over promising mid-carders: MJF, Shawn Spears, and, most recently, Anthony Ogogo.

It’s turned into a bit of a trend that whenever Cody performs on pay-per-view that he’s going over one of AEW’s young upstarts. Granted, there have been occasions where Rhodes has done the honours in big match situations, the aforementioned Jericho match as well as his TNT Championship defence against Darby Allin, but for the most part, he has now vilified himself in front of a fanbase that were once pretty loyal to the AEW exec.

You’d think that seeing as Cody has a mind for the future of the business that he’d be a little more willing to take the loss a few times on some of AEW’s bigger shows, helping establish a new crop of challengers for AEW’s top titles. His performances against the previously stated names have been shoddy at best, with none of the matches really living up to their hype and leaving a bit of a sour taste. I personally have no reason to continue following the likes of Ogogo or Spears knowing that they’re second rate to Cody, a guy who has no current direction or right to challenge for the main championship. Losing to Cody does nobody any favours, aside from the brief spotlight afforded to them and it really needs to change.

Rhodes might have the name value, but that’s not going to generate much momentum for the match itself when the final product isn’t really that exciting. The Double or Nothing match against ‘The Guvnor’ was built entirely around the generic USA vs evil foreigners trope, with Cody draping himself in the stars and stripes to face down the former British Olympian. In the end, this barely played into the match itself, aside from the cheap tie-in to Veterans Day in America. I’m sure this was a touching moment for those in the States, but for us international fans, this looked like a cheap knock-off of any of Hulk Hogan or John Cena’s patriotic runs.

I’d be a little more forgiving if the in-ring action was above-average, but right now, Cody’s not putting together anything better than his WWE material. The match with Ogogo was downright lame, nothing pulled me in and it almost seemed like Cody was acting as the heel throughout the match, yet the commentary team continued to rally behind him like he was the valiant American hero. Now, if AEW decided to experiment a little with these nation vs nation tropes and make it out like the Red, White and Blue guys were cutting corners to underhand the UK brawler, then that would have at least caught my attention. But no, this was just a simple 1v1 bout that could have easily been lost in the shuffle on an episode of Dynamite.

It just goes to show how out of touch Cody Rhodes has become with his audience and with pro wrestling as a whole. He needs to realise his own stock and that it’s dropped significantly since the beginning of All Elite Wrestling. Again, I’ll happily give him credit for putting over guys like Brodie Lee and Darby Allin at the time ,but his teased heel run never came to fruition and was traded for an awful American romp. It’s a little insulting when you go back and watch some of his original comments about him wanting to take a step back from putting himself in the spotlight and letting new talent shine on the big shows.

It honestly wouldn’t shock me if the stipulation of him staying far away from the AEW title scene was soon bypassed and he start working his way towards an encounter with ‘The Cleaner’ Kenny Omega, another wrestler who is guilty of this spotlight hogging.

Saying all this, I can’t deny that AEW is currently firing on all cylinders. Double or Nothing was an excellent wrestling show, with enough variety to keep me invested throughout. It’s a shame that Cody Rhodes had to be one of the major talking points coming out of it, but perhaps it’s the nit-picky side of me coming out. Nevertheless, something needs to seriously change with Cody and he needs to learn to re-embrace his fans, rather than push them away with these terrible booking decisions.