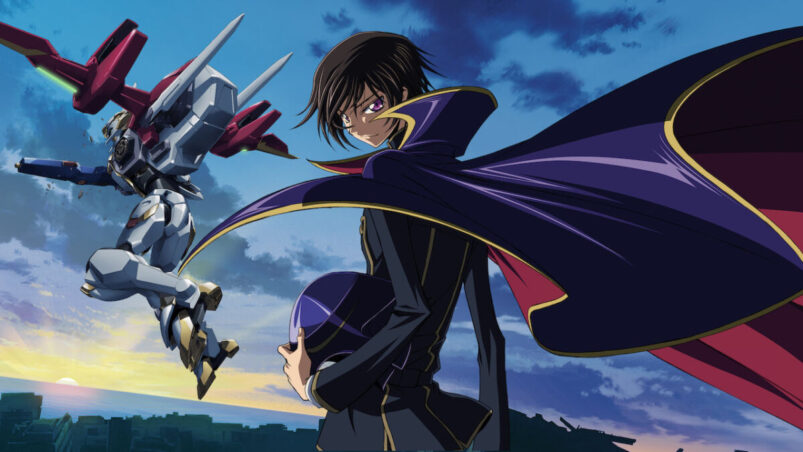 Sunrise has multiple mecha anime under its roster, but most of the shows they create can be enjoyed in any order and usually have little relevance to past or future releases. But there’s also Code Geass, a game changer for the studio that requires fans to watch most of its releases to put together a story. So if you want to check out this unique mecha series, you should check our Code Geass watch order guide to help you understand the show.

Code Geass has two seasons, a number of OVAs, and a few movies, so it’s a lot to go through for new Code Geass fans. But don’t worry, the anime is fun to watch, and time will pass you by in a flash. You can try this simple Code Geass watch order guide to start binging the series.

Ready to give this anime a go? Here’s the recommended Code Geass Code Geass watch order:

Code Geass is one of the more unique mecha anime produced by Sunrise in collaboration with CLAMP. In the anime, we follow a high school boy named Lelouch who promised his childhood friend to destroy Britannia for invading the world, especially his friend’s home country, Japan. He stumbles upon a girl named C.C., who gives Lelouch the power of Geass. His new ability allows him to give orders to anyone and force them to obey.

Code Geass follows all of Lelouch’s adventures as he struggles to take control of Japan and finally take down Britannia. However, things get complicated when his friend turns against him, and other Geass users are involved.

What is Code Geass: Boukoku no Akito?

Code Geass: Boukoku no Akito, also known as Code Geass: Akito the Exiled, is one of the anime’s OVA and spin-off series. The series is set in Europe between the two main seasons. The OVA runs for five episodes and focuses on a young soldier named Akito Hyuga and Leila Malcal, both possessing a Geass.

This is one of the few OVAs a fan can skip if they only want to focus on Lelouch’s story and the rebellion in Japan. However, the series gives viewers some additional understanding of the Geass. It also shows how far Brittania spread its influence as a world superpower.

Will There Be A Season 3 of Code Geass?

Unfortunately, the rumors about the anime getting a third season were false. Sunrise has yet to announce that they will continue the main storyline of Code Geass. However, a new anime project called “Code Geass: Z of the Recapture” was announced, but it seems fans will be following a new protagonist.

The anime is said to be set after Code Geass: Fukkatsu No Lelouch. While the main character of the main Code Geass anime may not be in the project or play minor roles, at least fans can rest assured that they’ll be getting more from the Code Geass franchise in the coming years. Unfortunately, only a little information has been revealed regarding the project.