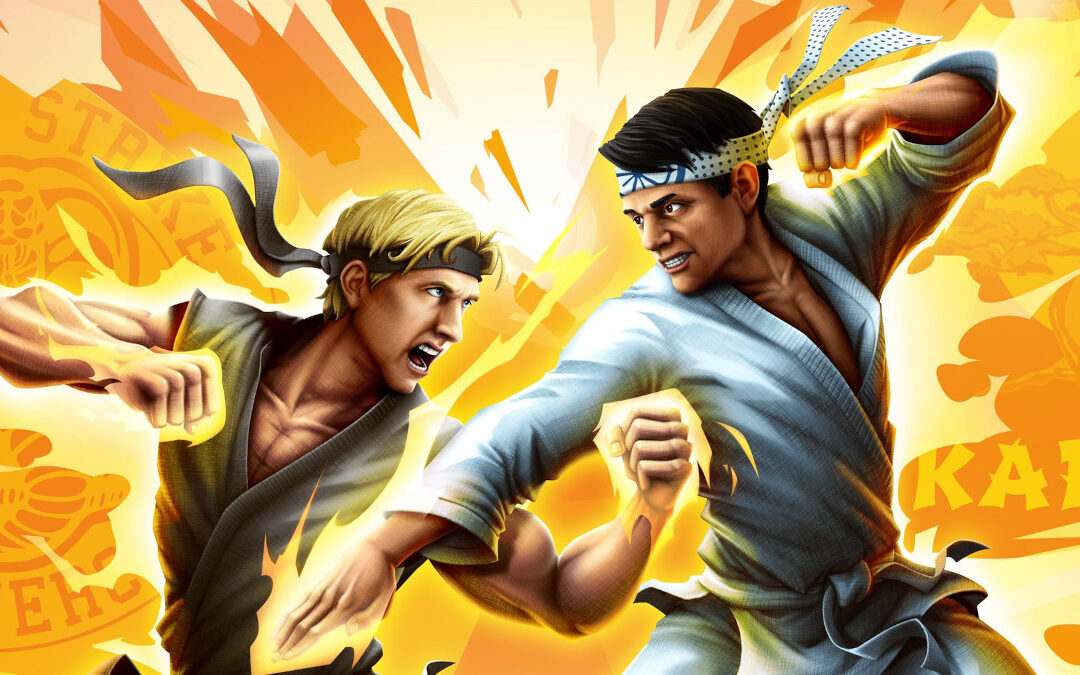 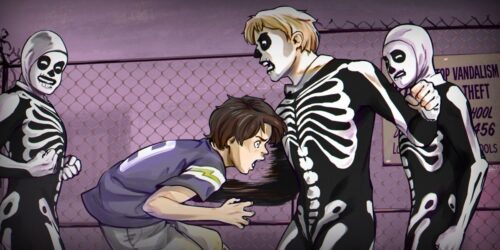 Video game adaptations are, regrettably, not as prevalent as they were in generations past. Even if most of them were terrible, I long for the days of games like Antz: Kart Racing, Shrek Super Slam and more. Hey, sometimes you’ll even get bangers like Rockstar’s version of The Warriors. Cobra Kai: The Karate Kid Saga Continues is a throwback to days gone by, but this trip down memory lane will test your patience long before it ends.

The Cobra Kai game tells an original story of the Cobra Kai and Miyagi-Do dojos going to war with each other, seemingly for no other reason than Daniel crane-kicking Johnny back in the 80s. Both sides believe that the other is goading them into a war, which can only mean one thing: someone else is pulling the strings. It’s a plot that’s pretty skippable, but there’s voice acting from William Zabka and Ralph Macchio, so that’s something.

At the beginning of the game, you pick between the Cobra Kai and Miyagi-Do factions, with each offering their own skills and playstyles. Cobra Kai is all about aggression and high combo potential, with plenty of fire-based moves, while Miyagi-Do is defense oriented with ice-powers to boot. Oh yeah, everyone in this game is a pyromancer or cryomancer, I guess, but the fire and ice aesthetic is an alright way of depicting the differences between the two dojo’s philosophies. I’m not saying the series would be improved if Miguel and Sam turned into Scorpion and Sub-Zero respectively, but I’m not not saying that either, you know?

The gameplay follows your standard beat ‘em up formula as you progress through the levels, battering the hordes and hordes of goons that litter the level. The controls are easy to grasp, with A to jump and X and Y controlling punches and kicks respectively. Different combinations of the two buttons with different timings will yield different combos, so you can experiment to find what works best. Defensively, there’s no block button, but the B button is used to parry. The timing window is pretty forgiving, and successful parries will lead to high damage counters.

The triggers access your special moves, with the right trigger combined with a face button performing a personal special move while the left trigger controls a Dojo move. While each faction has four individual characters, each with their own moves and special attacks, they all share their particular Dojo’s special moves. The Dojo attacks are often decent ways of extending or ending combos, or setting up enemies for a battering.

As you make your way through the campaign, you’ll unlock new characters that you can switch between using the d-pad. Players can tag out fighters if they’ve taken too much damage so they can recover while not in use, or use multiple characters in a battle to raise their combo meter. Higher combos lead to higher level grades, more rewards and even the ability to resurrect knocked out fighters, leading to some tense moments as your last fighter tries to style on some fools hard enough to wake the dead. Is there anything karate can’t teach you?

Cobra Kai even offers RPG skill trees, allowing you to upgrade your moves and stats. Beating enemies, completing levels and challenges grants Karate Tokens, which are spent on upgrades. While the stat boosts are incremental at best, the move upgrades add new effects and properties to your attacks, making you move versatile as a result. It’s not the deepest skill tree out there, obviously, but it’s alright.

Fighting hordes of henchmen is decently fun, though Cobra Kai clearly lacks the refinement of a game like Streets of Rage 4. The combo system is pretty loose as you’re able to chain moves together quite easily. Enemies will regularly get sent flying due to your attacks, and juggle combos are commonplace, making for what can only be described as bedlam. It’s a decent sight to behold, for the first few levels anyway. Then, the fatigue sets in.

You see, Cobra Kai is a decent, if rough and flawed, game at best. The overall experience lacks polish, with uninspired animations and a graphical style that’s reminiscent of, of all things, Tony Hawk’s Pro Skater 5. Enemy placements can become a bit ridiculous later on too, with swarms of enemies on screen giving you no chance to mount counterattacks, regularly dealing 50% damage to your team members. All of this would be fine on its own, but Cobra Kai’s worst sin is its length.

Your standard beat ‘em ups clock in at around 4 hours at most. This year’s Streets of Rage 4 was only about 3 hours tops, and that kind of length begs for the game to be replayed over and over again. Meanwhile, Cobra Kai’s campaign takes about 8-10 hours to finish, due to the game’s 26 levels.

Players navigate a map filled with smaller “street” levels, along with bigger rivalry and clue levels, where the plot advances. The street levels can take about 10-15 minutes, while the longer levels will often double that at least. If Cobra Kai simply featured the 11 longer levels, it would feel much more like your typical beat ‘em up, and not so much like the slog it becomes once you’re approaching the end.

But that’s not even the best part. Once you’ve finished the campaign with your chosen faction, Cobra Kai has the nerve to pull a Sonic Adventure 2 on you and say “hey, now beat the game with the other lads to see the true final boss/ending”. The game felt exhausting to play once approaching the last level, Valley Fest, so to be told that I have to go through the whole thing again, with some minor story changes, was the straw that broke the camel’s back.

There’s fun to be had with Cobra Kai, of course. The game is too janky to not at least trigger some dopamine response, as the screen fills with unpredictable chaos at every available opportunity. Unfortunately, those hits quickly dry up, and what you’re left with is a beat ‘em up that more than outstays its welcome. 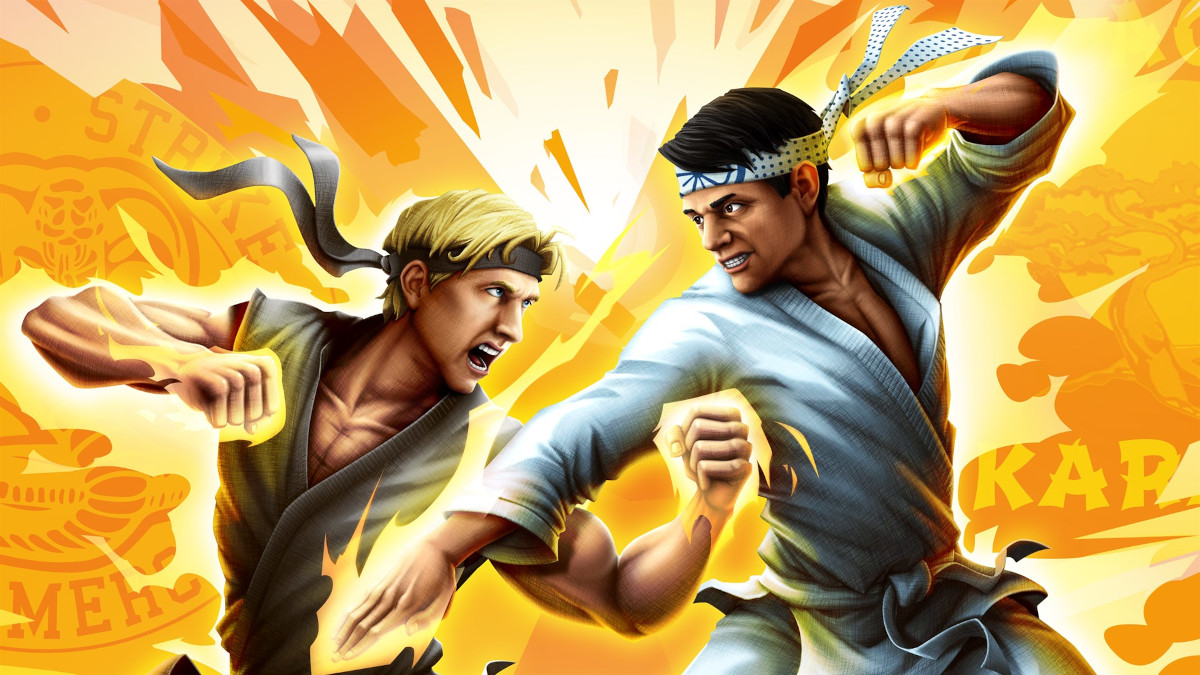 Verdict
An unpolished beat ‘em up that’s somewhat enjoyable in shorter bursts, Cobra Kai’s biggest sin is showing mercy to its unnecessary filler.
5
Cultured Vultures is a pop culture website established in 2013 covering all things gaming, movies, and more. We eat your words.
All The News On The Biggest Games