5 Wrestlers That Should Challenge Roman Reigns Before Logan Paul 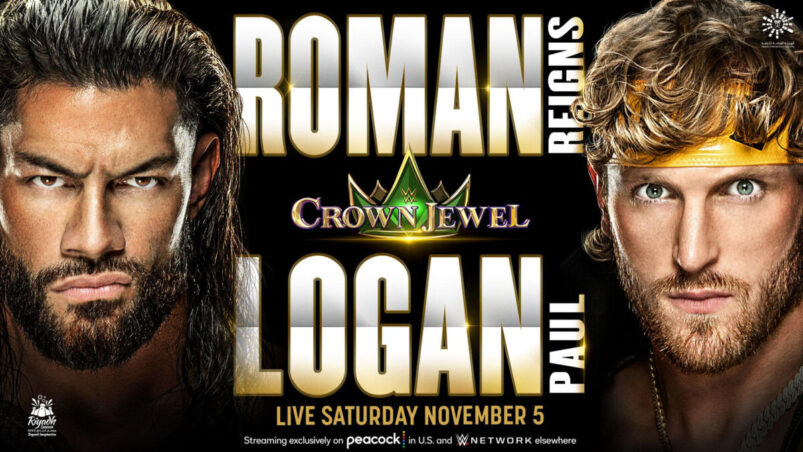 At WWE’s 2022 edition of Crown Jewel, YouTube sensation Logan Paul will challenge Roman Reigns for the Undisputed Universal Championship in the show’s hotly promoted main event. The match announcement itself drew various reactions from the wrestling fanbase, with many claiming that it’s a poor show by WWE after building a great deal of momentum since SummerSlam, and others thinking that Paul has done more than enough to earn himself a top spot.

Personally, I think there are far many more wrestlers deserving of a chance to shine in a major championship match against Roman Reigns. Granted, this is a show that’s part of the typically controversial Saudi chronology, therefore it shouldn’t be taken as seriously as standard booking, and we all know that WWE will do anything to get their hands on some Saudi money. But this is still a slap in the face to those who have worked their socks off to earn some recognition on the main roster, and with Triple H now seemingly making sensible decisions, this is a bit of a setback for those who have fought to no end.

So, who exactly should be stepping up to challenge ‘The Tribal Chief’ before ‘Maverick’ Logan Paul? Let’s run down five names that should be next in line.

Braun is back in town and has been killing it lately with call-backs to his legendary days tipping over ambulances and yanking down lighting rigs. Strowman has been one of the most talked about stars since his WWE return but has been involved in a bit of a nothing feud with Alpha Academy. WWE could (and should) have launched Strowman straight back into the main-event scene to capitalise on his momentum — pitting him against old rival Roman Reigns would have been a fantastic start to his comeback run.

‘The Monster Among Men’ became one of the few success stories to come from a homegrown talent. With many NXT stars being called up and rocket-strapped to superstardom, it took Strowman a while to prove himself to the critical fans that considered him too green to be involved on the main roster as early as he was. However, over the years since joining the Wyatt Family, Braun became one of the top merch pushers and most popular acts on the show. Fair play to him, right?

With that in mind, WWE should have instantly booked him to be a threat to Roman Reigns, rebuilding that status with the current audience and hopefully leading to the crowning moment that Braun never really received back in 2016/2017.

‘The Celtic Warrior’ is on a strong run at the moment, stealing the show at Clash at the Castle against Gunther and now enjoying his new role as one of SmackDown’s top babyfaces. He and the Brawling Brutes are  lined up for a SmackDown Tag Championship match against the Usos next week, so with that in mind, Sheamus should instantly be finding himself standing across the ring from Roman Reigns.

Sheamus has been a staple of WWE programming for well over a decade and has rarely found himself in top competition since his initial run as WWE Champion. Now that he’s as over as he is, this is a perfect opportunity for WWE to solidify him as one of their top stars, while utilising the popularity he’s garnered from the global audience.

Also, the original feud that Sheamus had with Roman Reigns was tarnished by an anti-Reigns crowd, so seeing the two of them let loose on each other in roles that suit them, would be a treat to say the least.

Kevin Owens is in the process of a career resurgence but isn’t really involved in anything major enough to put the wheels in motion. KO has teased an alliance with Sami Zayn, who happens to be a key factor in Roman Reigns’ booking at the moment, so what a perfect excuse to get Owens involved in Reigns’ business once again and challenge for the Undisputed Universal title.

Owens is one of the more likeable stars on the entire roster and you can’t help but rally behind him when he’s in big championship matches. He goes the distance and has a great chemistry with Reigns, so this would make for a perfect fight heading into Saudi. With the added element of Sami Zayn at ringside, being torn between former frenemy and new leader, it would make this instance a very different match to their previous encounters.

It seems that Triple H is set on making Kevin Owens a major player once again, but without a big-time match against a big-time star like Roman Reigns, it’s going to be on the backburner for a lot longer than it deserves.

So, bear with me on this one. Omos has been consistently booked as one of the strongest and most fearsome wrestlers on the WWE roster since his debut, yet why hasn’t he received a championship fight? Much like Braun Strowman, Omos has had a lot to prove as a bigger wrestler, typically lumbering stars that can’t string a decent match together, but with a litany of high-profile fights under his belt now, it’s about time Omos steps it up from local talent.

It would make for an interesting dynamic to watch Roman Reigns as the underdog. He has yet to face any real giants, and Omos could be an intriguing opponent for a dominant ‘Tribal Chief’. For once, Reigns would be on the back foot and would need to think of new ways to brutalise his nemesis.

This may only lead to Omos rescinding back down the card, but if this is his one and only major championship match, then at least WWE can say that they booked him well up to it. I mean, he would be a hell of a lot more convincing than Logan Paul, that’s for sure.

If WWE are so insistent on booking Roman Reigns into a celebrity appearance match, then to me there only seems to be one star worth bringing back to Saudi for a headlining, media attraction: Tyson Fury.

Fury and Reigns stood toe-to-toe in the closing moments of Clash at the Castle, which drew a huge pop from the live audience. Obviously, there’s precedent for this match to take place, two of the world’s biggest stars in their respective arenas, this is certainly something worthy of the global sport market’s attention.

‘The Gypsie King’ has previously travelled with WWE to Saudi Arabia for a match with the aforementioned ‘Monster Among Men’, and fans were reasonably impressed with his performance, so a shot against Roman Reigns would certainly be more welcome than the Logan Paul fight. And just imagine the results if Tyson Fury actually walked away as the Universal Champion.

READ NEXT: The History of the NXT United Kingdom Championship