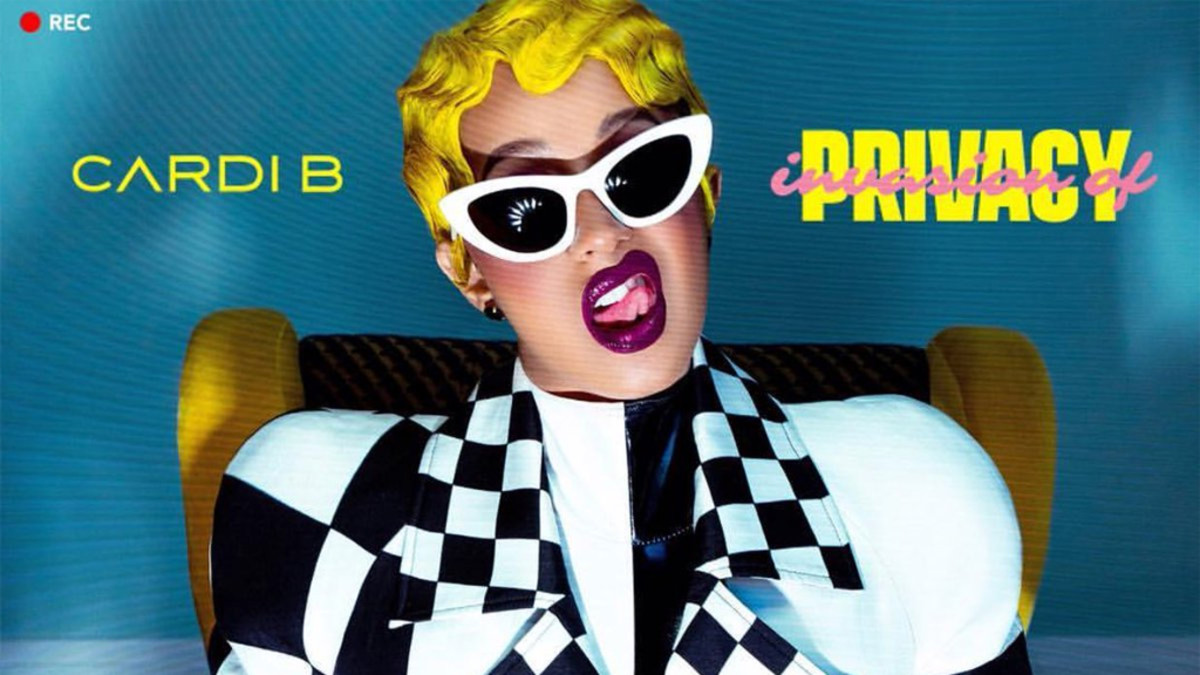 Was it when “Bodak Yellow” dropped? Was it her memorable features on a myriad of trap songs? Or how about when she nailed that early nineties flow on Bruno Mars’ “Finesse(Remix)”? Maybe it was her online presence that drew you in. Whatever it was, it seems the whole world has fallen in love with the boisterous MC over the past year.

Me, I can pinpoint the exact time I bought into the hype. It was 3:37pm Saturday afternoon, midway through my first listen of her debut album Invasion of Privacy, and, frankly, I’m ashamed it took me so long.

See, I’ve got something of a ritual. As a fan of hip-hop, and someone who is interested in following the trajectory of the genre, I try my best to at least stay aware of the latest trends in Trap music, even if the music consistently unappealing. So here’s what I do–every time there is a major release from an artist people are talking about, I pull it up on Spotify and listen until I get bored.

Maybe this method is unfair, since these many of these artists are looking to gain streams, not make satisfying albums. Still, I find it a good gage of how much I can stomach a particular musician. For example, recent tallies include Lil Uzi Vert’s Luv Is Rage 2 (6 songs), Migos’ Culture II (4 songs), 21 Savage’s Issa Album (2 songs).

All this is to say that was my intention when I hit play on Cardi’s Invasion of Privacy. The result? I listened to the whole thing through. Twice.

While I may not have been paying attention, the success of this album isn’t coming from nowhere. Famously, the album’s first single, ‘Bodak Yellow’ was the first song by a solo female rapper to make it to No. 1 since Lauryn Hill’s ‘Doo-Wop(That Thing),’ which came out twenty freaking years ago.

It’s unfortunate that we cannot talk about the breakout success of a female rap artist without having to mention Lauryn Hill, especially since stylistically, the two artists could not be more different. Nevertheless, there are comparisons here to be made. Correlations that Cardi herself seems to be encouraging, sampling 1998‘s ‘Ex-Factor’ on her latest single ‘Be Careful.’

Still, I think the greatest common link between the two albums are their respective opening tracks. Hill starts Miseducation with ‘Lost Ones,’ a hardcore banger that has the rapper spitting acid on a simple beat loop before the album starts to slip into its quieter, R&B groove. The lyrics are honest, dynamic and tough. Similarly, Invasion of Privacy begins with ‘Get Up Ten,’ a song that, right off the bat, shows Cardi isn’t messing around on this album.

“Look, they gave a bitch two options: strippin’ or lose/Used to dance in a club right across from my school,” she begins, setting the tone for honesty and directness that carries on throughout the entire album. As the song progesses, both the beat and her performance become more animated as the lyrics become more outwardly focused and aggressive.

This momentum continues the album’s second song, ‘Drip,’ with the obligatory Migos feature. I like the chorus here–it sounds low-fi and collaborative. In terms of the verses, Cardi dominates the simple instrumental, Offset does yet another variation on his ‘Bad & Bougie’ flow and Quavo lazily mumbles some stuff into an autotune filter. Surprisingly, it is Takeoff who carries the weight for Migos on the track. I don’t know if he’s crushing on Cardi or what, but I’ve never heard him rap like that.

The album is full of these sort of energetic, colorful songs, culminating, I think, with the excellent ‘I Like It,’ featuring Bad Bunny and J. Balvin. I’ll be shocked if this doesn’t land as a major single sometime in the future. With an infectious, bouncy instrumental and some of Cardi’s best rapping, this song is the most fun I’ve had listening to a trap song in while.

Even tracks that I’d previously heard are vastly improved when placed in the context of the album, most notably her recent singe ‘Be Careful,’ which serves as the emotional anchor of the album. It fulfills this role well, slowing things down after a barrage of high-energy bangers. Its vulnerable lyrics, sing-songy hook and, well, admittedly amateurish rapping serve as a great contrast to the cocky rhymes and flow changes on the rest of the album.

I don’t know how extensively Cardi uses ghostwriters, but her personality shines through everywhere on this album. The lyrics are frequently clever, candid and even sexy. It’s refreshing to hear this sort of dirty lyrics coming from a woman for once, especially coming off of a year that has made male expressions of sexuality particularly unappealing.

So the album is good–it’s really good. What’s more is it actually is an album, rather than just the bloated collection of songs that is so often found in the genre. There is a beginning, middle and end to Invasion of Privacy. It is a lean, direct, and personal display of her talent as a rapper.

Having said all that, this isn’t a perfect album. The song ‘Ring’, for example, is unquestionably the weakest track, featuring some uninspired lyrics over a lame beat with a corny hook. ‘Kodak Black’ makes ‘Money Bag,’ an otherwise fine track, feel redundant, and on ‘Best Life’ Chance lays down a pretty tepid chorus, but makes up with it with a really kick-ass verse.

Still, these relatively minor complaints when compared to the incredibly impressive whole. Finally, I can say that I am whole-heartedly on-board with Cardi B.

I can probably chalk up my reluctance to accept her talent before now to a degree of prejudice. Prior to this weekend, all I knew about Cardi was that she was an Instagram star, she was engaged to the rapper Offset of Migos, she used to be a stripper. Those facts, in my mind, served to dehumanize her as just another vapid trap star being carted out before us just before the subgenre dies out completely.

I’m happy now to admit that I was wrong. With this album, Cardi shows that she has the talent, the drive, and personality to carry herself as a solo artist.

Verdict
Honestly, it feels a lot better to root for her future success than it was to be dismissive of what she already had. So, while it might be at a late stop, I would encourage you to join me on the Cardi Bus. So far, it’s proving to be a great ride.
8.5
Cultured Vultures is a pop culture website established in 2013 covering all things gaming, movies, and more. We eat your words.
All The News On The Biggest Games