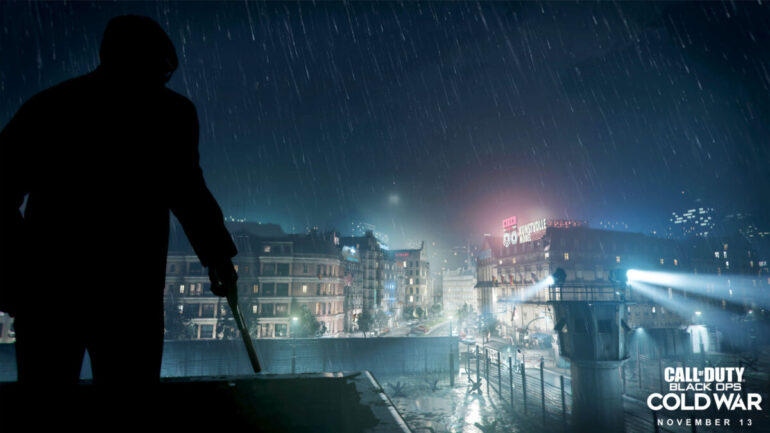 Yesterday, Treyarch and Activision properly revealed Call Of Duty: Black Ops Cold War, announcing a tonne of new details about the game, which is set to launch on November 13th for PC, PS4 and Xbox One. Next-gen releases are also set for this Holiday, once the new consoles have launched. Check out the trailer below.

One of the most interesting aspects of the game appears to be the campaign, which has been confirmed to be a direct sequel to the original Black Ops, and features the return of Alex Mason, Frank Woods and Agent Hudson. All three are on the hunt for the elusive spy Perseus, who is attempting to destabilise the world’s political powers.

You, however, will be playing as a character you create. Among other options, you’ll be able to choose your skin tone, gender (with the option for gender-neutral pronouns if you pick classified) and personality traits, which affect your abilities. The two examples that have been given are that a paranoid person can aim down sights in half the time, while a lone wolf can sprint for twice as long (thanks, Eurogamer). The campaign will also feature plenty of mind-bending experiences that’d you expect from a series that birthed “GIVE US THE NUMBERS, MASON!”

Players will be given access to a lot more choice while making their way through the campaign too. The game will feature more open-ended levels that allow players to tackle their objectives however they see fit, while completing optional objectives will unlock new missions that provide additional historical context. There’s also moments where the player will be able to make dialogue choices, and there’s the chance of multiple endings to boot.

According to the Activision website, the campaign experience is being led by Raven Software, and it seems like they’ve taken their cues from Black Ops 2. In that game, players had a bit more control over the outcome, with multiple endings and branching paths, which hasn’t really been seen again in the Call of Duty series.