Brooklyn Nine-Nine's final season has too much to do in too little time. 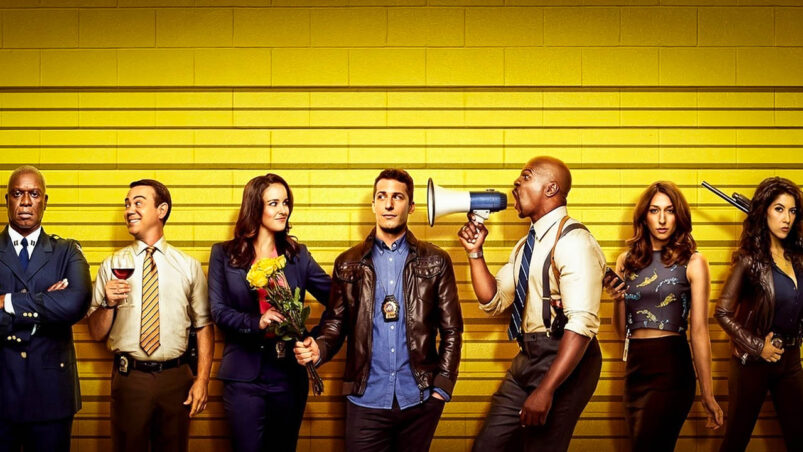 Ah, Brooklyn Nine-Nine. You would be hard pressed to find anybody who actively disliked this show – and for good reason. In the eight years that it’s been on the air, Brooklyn Nine-Nine has given us countless iconic catchphrases, nuanced depictions of pertinent issues, and a veritable bevy of lovable characters. Even though it is true that all good things must come to an end, that never means it hurts any less when it does.

The year and a half between Season 7 and Season 8 of Brooklyn Nine-Nine saw an unprecedented level of worldwide change and upheaval. The pandemic changed the lives of a vast majority of the entire world irrevocably. Since the murder of George Floyd in May, the USA saw hundreds of thousands of people take to the streets in protest. Fear and distrust of the police had seldom been more widespread in America, and for a show centered around the wacky escapades of a motley crew of cops, this was more than just a giant curveball.

In June 2020, Terry Crews announced that the show’s eighth season would be undergoing a change in direction following the death of George Floyd, and that almost half of its episodes would be rewritten. It was absolutely necessary for the show to incorporate these events and have their characters take responsibility for the very real fear and abuse that many of their real life counterparts have propagated. Indeed, even within the show, there have been instances when police misconduct has been played for laughs, like in the episode ‘48 Hours’, when Jake arrested a civilian without concrete evidence and held him in police custody for 48 hours.

In the same way it has for its previous seasons, Brooklyn Nine-Nine gives a thoughtful, important depiction of the entrenched bureaucracy within the police department that allows cops to get away with little to no consequences for their actions. Unfortunately, five hours of a TV show cannot solve the problem of police brutality, and the weight of its added responsibility has led to a rather uneven final season of Brooklyn Nine-Nine.

Audiences finally get to see Jake and Amy as parents, but rather than explore new parenting territory, the writers play it safe and have them struggle with the classic ‘who’s going to look after the baby?’ problem. It’s not that this is not a valid problem, but considering how it has subverted relationship tropes in the past, it would have been interesting to see Jamy explore new territory. Even though there are hints of what their ultimate decision would be, the viewer simply does not have enough time to see them work up to it.

One thing that the show has done beautifully, however, is the evolution of Jake Peralta through the seasons – from talented man-child to ultimate husband material. Jake and Amy’s relationship has been a pillar of the show from the beginning, and their arc ends as it began – rooted in mutual love and respect, with great promise for their future.

Captain Holt and Kevin take up more screentime than usual in Season 8, as much of the storyline focuses on their personal struggles. As usual, every moment that Andre Braugher is on screen has us thinking ‘Give the man his Emmy already, you monsters!’. However, Holt and Kevin’s relationship has never been the central romantic focus of any season, and they have historically worked best as the B-story. After all, that’s what gave us ‘BONE!?’ This season, they have to shoulder the main plot for several episodes, and their relationship does not have enough substance to sustain it.

Terry and Rosa remain the same iconic characters they have always been, but they undergo more career advancement than personal growth during the last season. It would be remiss not to mention Hitchcock and Scully. The show makes the rather confusing decision of relegating Hitchcock to a screen for the majority of the season. It is a difficult thing to acknowledge when it is about a character like Hitchcock, but this season was when the show needed him the most. Hitchcock and Scully work their gross magic best when they are next to each other in their chairs, and it just seems like an odd character choice for their last appearances on the show.

As mentioned earlier, the show had a lot to do in just five hours. The first and last episodes especially feel chock full of elements that were crammed in there, and the viewer hardly gets enough time to process one scene, an emotional moment, or a gag before the episode moves on to the next one. Brooklyn Nine-Nine’s wacky ensemble was its biggest strength, but the same ensemble made it difficult to spend enough time giving each one of them a thoroughly satisfying ending.

Through no fault of the show, the rewrites and COVID-induced break in filming bring about a clear tonal inconsistency between the ten episodes. The practical effects of COVID are rather awkwardly addressed in the first two episodes and then relegated to the background. Episode 7 (‘Game of Boyles’) is modeled after Knives Out, which would have felt more relevant if the season had been released in 2020. Now, the reference feels rather dated, which is also slightly alarming considering it was just a year ago, and it is a reminder of just how much our content consumption has escalated over the last two years.

Similarly, the writing this season also features a lot of lampshading – that is to say, when writers acknowledge or call attention to a particular trope that they are using, like a wink to the audience saying ‘yes, we know we’re using this cliché, you don’t need to tell us’. For example, when a character says their catchphrase is ‘slurp slurp’, Jake exclaims about how he (and the audience) have literally never heard that before. Although this trick is not unusual in comedies, the proportion of how much it was used in Season 8 feels off compared to previous seasons.

That being said, the two-part finale really sticks the landing and reminds us of why we loved Brooklyn Nine-Nine so much. Every third sentence is a callback or a returning gag, and while it can seem like a laundry list at times, it is heartwarming to see the care with which the writers have tried their best to include every last thing that made Brooklyn Nine-Nine what it was.

Every member of the cast is stellar as always and eases into their roles with the familiarity that comes with playing a character for almost a decade. John C. McGinley is terrifically slimy as the season’s recurring Big Bad – Frank O’Sullivan, Head of the Patrolman’s Union. Longtime fans of the show will also be delighted with the sheer number of characters that return for final appearances.

In the bigger picture, there is a deep sense of loss that accompanies the end of Brooklyn Nine-Nine. Streaming services are continuing their domination of the entertainment industry, and the more the number of TV shows being created, the shorter the seasons become and the less they seem to stick around. The seasons have to be the perfect bingeable length, and several show creators have also chosen to end shows on their own terms without stretching it out for years – Schitt’s Creek, Fleabag, and The Good Place being prime examples. With long-running staples like Modern Family also off the air, it can’t help but feel like this is the end of an era for situational comedies.

In a way, the last three seasons of Brooklyn Nine-Nine were a bonus to its fans, a reward for the voracious support that led to its NBC-led rescue. It feels surreal to think that this would be the last time we would be reminded that it’s pronounced NI-kolaj, or that the ‘Dr. Goor’ in Dr. Goor Productions is ‘not a doctor, shh!’

Ultimately, Dan Goor and Michael Schur created a consistently hilarious, thought-provoking, heartwarming show that will stay in viewers’ minds as one of the good ones. Hopefully this will not be the last workplace comedy that Fremulon brings us. Maybe one day the cast will reunite and grant us another heist episode. Until then, we remain thankful for eight years with this hilarious show.

READ MORE: Ranking Every Psycho Movie from Worst to Best 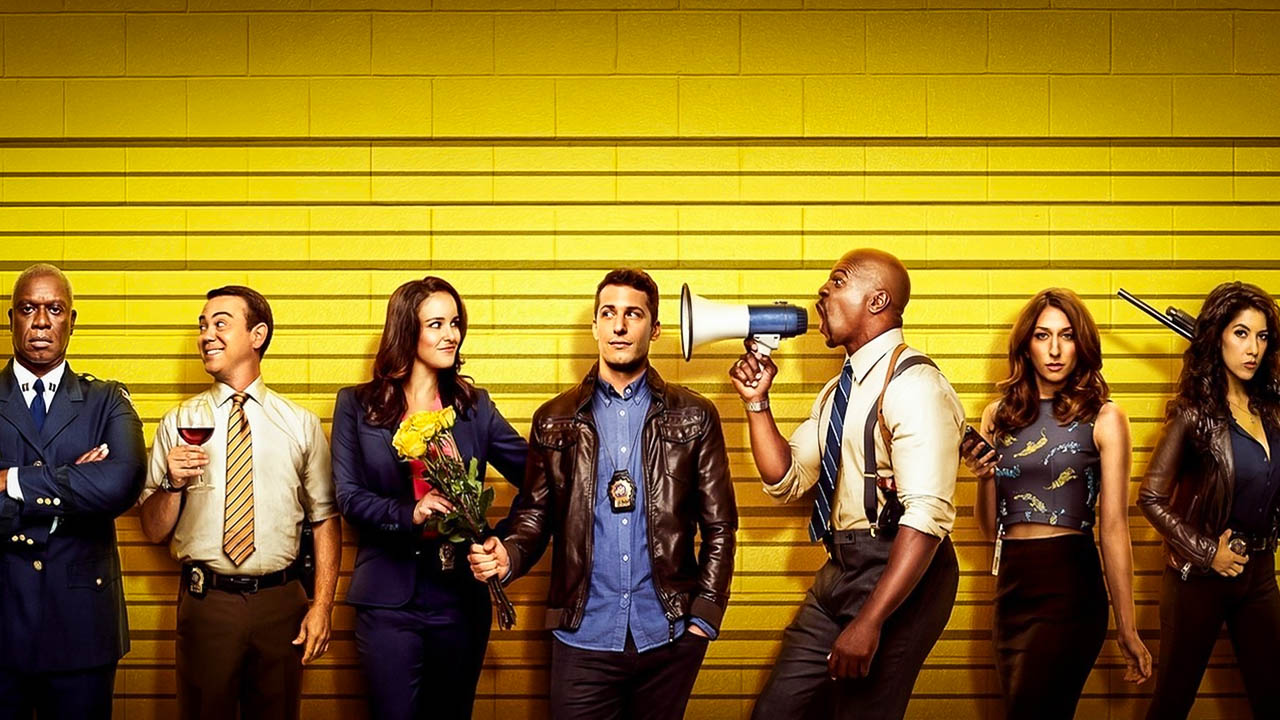 Verdict
Brooklyn Nine-Nine signs off with a season that feels contrived in places, but reminds us about everything that made it so widely loved.
7
Cultured Vultures is a pop culture website established in 2013 covering all things gaming, movies, and more. We eat your words.
All The News On The Biggest Games