Brooklyn 99 To Rework Eighth Season In Light Of Protests

The writers have scrapped what work they had already completed. 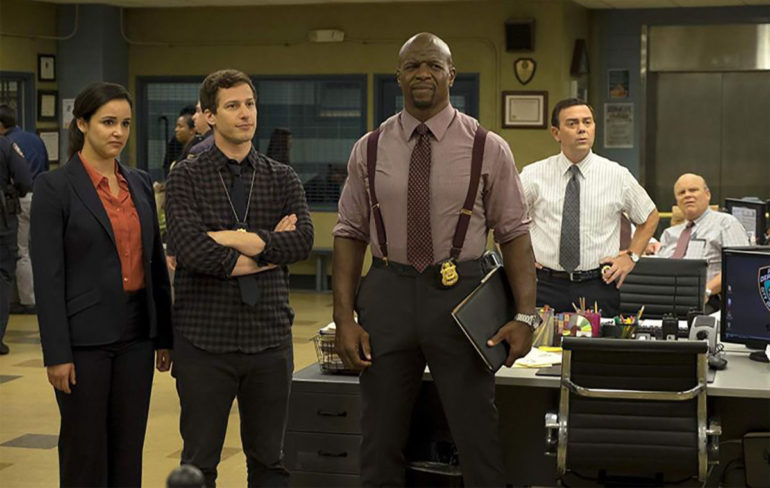 While some police shows have been shown the door in the light of the ongoing George Floyd protests, Brooklyn 99 has taken the approach of jumping out ahead of any criticism.

Brooklyn 99 star Terry Crews revealed that the writers were starting work on the upcoming eighth season from scratch, explaining “Our show-runner Dan Goor, they had four episodes all ready to go and they just threw them in the trash. We have to start over. Right now we don’t know which direction it’s going to go in” – though given the timing of this announcement it would be incredibly surprising if the new outline for season eight did not at least touch on contemporary views of the police. Crews also noted that the cast and crew had been having “a lot of somber talks” on the subject.

Of the show’s cast, Crews is perhaps the aptest voice to comment on this – a season four episode explored his character being racially profiled while off-duty, in a grim echo of events from Crews’ own life. In an interview with Access Daily, he said “I’ve had guns pointed at me by police officers in L.A. This was before I was famous. The thing is, they had the wrong guy…it’s something that every black man has been through and it’s hard to really try to get other people to understand.”

While Brooklyn 99 is on the lighter end of the police-show spectrum, the polar opposite of gritty entries like Homicide: Life On The Street, it has addressed more serious topics from time to time, including, as mentioned, racial profiling, as well as mass shooters, illegal immigration, and sexual harassment. Further, it’s one of many shows that has been decried as pro-police ‘copaganda‘, despite – or perhaps because of – its popularity, and so it has a very real impetus to try and nip such accusations in the bud. The cast and Goor recently donated $100,000 to the National Bail Fund Network and issued a joint statement that they “condemn the murder of George Floyd and support the many people who are protesting police brutality nationwide.”