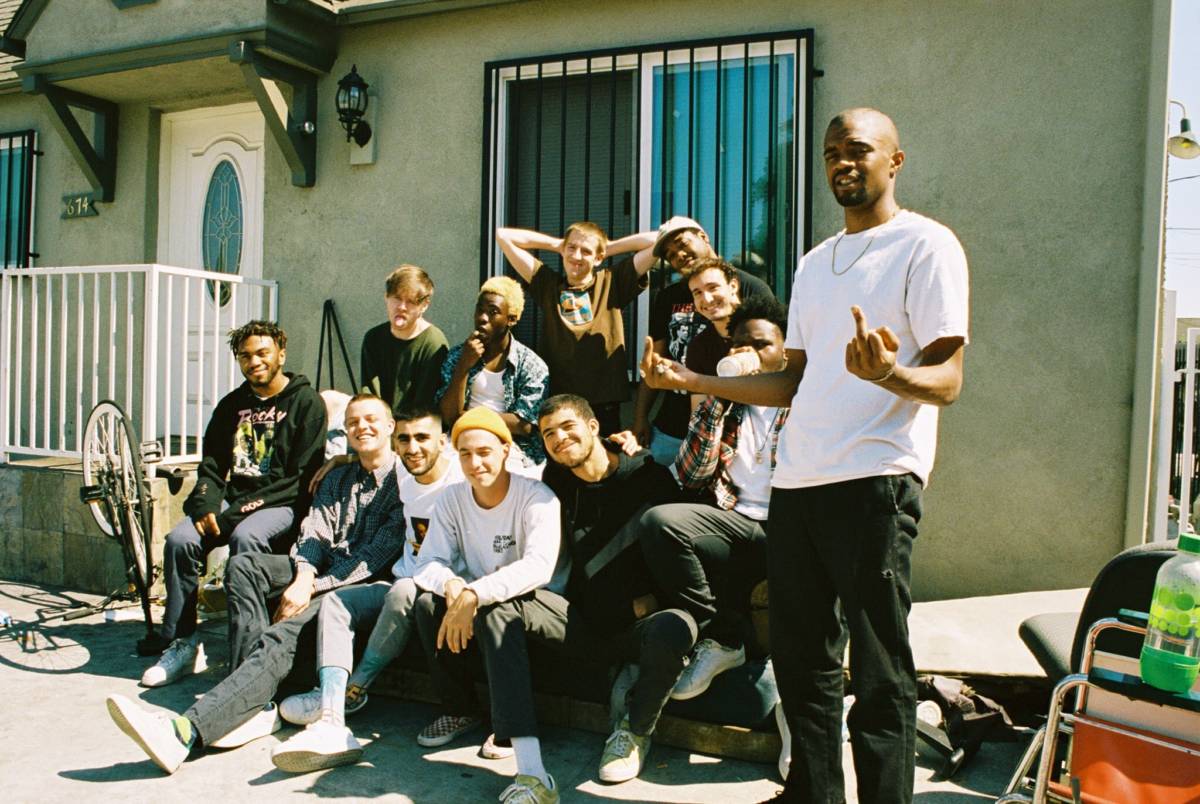 I first became aware of Brockhampton several months ago, just as the early buzz was forming. I took one look at their video for Gold, and dismissed them as just another Odd Future rip-off. That was stupid of me.

A few things caused me to reconsider, including the continued buzz, some friend recommendations, and the fact that their videos kept popping up on my YouTube feed.

Finally, I relented, and I took a deep dive into their work this past month, shortly after they dropped the final installment of their ludicrously ambitious three-part Saturation project. I can say now that yes, my initial impressions were way off-base. These guys are pretty fantastic.

There’s a lot here to like, and even more to talk about–more than I can get to in one article, so consider this an (extremely) brief run-down and recommendation. Go listen and report back to me with a mean Facebook comment about how I forgot to talk about so-and-so, or how I was wrong about such-and-such. That’s what makes a fan base so much fun, and I see a rampant one forming behind Brockhampton.

In terms of their influences, they’re pretty clear. There’s Odd Future, obviously, but 90s rap groups and Kanye West serve as obvious precursors as well. Legend has it that the earliest members met up on the message board of a Kanye fan site, but that’s more of a cute anecdote than fact. It’s true, but exaggerated, so take that for what it’s worth.

As significant a work the Saturation trilogy is, I think it’s only the beginning for these guys. Watch some of their live videos–they’ve produced several themselves and have put them up freely on their YouTube channel. They show sold-out theaters full of kids screaming Every. Single. Word. That, coupled with the recent attention and legitimization by mainstream publications like Pitchfork and W magazine. It isn’t hard to predict that these guys are going to be massive over the next couple years.

For most people who follow the group, the entry point seems to be their killer music videos, the majority of which appear to be directed by member Kevin Abstract, who seems to be the de facto ringleader of the group. He has a keen eye and a unique vision that really creates a strong visual element to the group’s output. As important as the music is–and it is important–the ability of the videos to become viral sensations is key to finding its audience online. Their internet savviness has done most of the heavy lifting as far as their publicity is concerned.

A focal point in a lot of the discussion surrounding the band has been the fact that a couple members are gay. To say this is a rarity in the hip-hop world would be a gross understatement.

The group’s queerness isn’t touted as a mission statement, but rather a badge of honor. It’s just one more aspect to the group’s quiet commitment to diversity. The band is made up of people from several different backgrounds, ethnicities and sexualities. While this aspect of the group is sometimes addressed within its lyrics, it hardly seems to matter that much to the groups self-image–it’s just a fact.

The impact that this has on the music itself is huge. It’s incredibly exciting to hear people from so many backgrounds on a track, and makes you wonder why it’s taken so long…You know, besides all of that systematic racism and homophobia stuff.

I think what this mostly allows for is the individual personalities of each member to shine through. I think it is this, more than the music style, that adds credibility to their self-proclaimed “boy band” status. Each member is poster-ready, and message board hip-hop discussions have shifted from adolescent machismo to teenage swooning.

“Dude, Kevin changed his hair! What the hell?”

“Oh my god, you’re being such an Ameer right now!”

This is a good thing.

It would take far too many words to give a full run down of every one of the group’s fourteen members, so allow me to limit myself to the usuals.

Kevin, as I’d mentioned, seems to take the the lead on most songs. Sort of like Tyler the Creator did with Odd Future, but without the ego. Still, his talent and charisma is undeniable.

Ameer Vann cuts through nearly track with a slow, direct, hardcore lyricism. Some find his verses repetitive, but I think it gives each song a good anchor, and allows for the other members to be all the more experimental.

Matt Champion is like the friendly stoner kid at the back the class. To me, he stands out for his unique voice, easy-going style and his refreshingly feminist lyrics on Junky. He still calls women “bitches,” but hey, you can’t win ‘em all.

Merlyn Wood’s contributions are consistently the most fun. To say he’s the Ol’ Dirty Bastard of the group would be reductive, but his verses often serve a similar purpose.

Dom McLennon is the oldest and most contemporary of the group, often spitting rapid-fire verses that alternatively call to mind Kendrick Lamar and Lil’ Wayne.

JOBA is hard to pin down, delivering something completely different on each song he’s featured in.

The best way I can describe Bearface’s contributions is that they sound like outtakes from an alt-rock version of NSYNC.

There are a few less visible members who also contribute to the music, including producers and vocalists, as well as few guys whose roles are less evident. I’ll admit that my research in this area has been somewhat cursory, but I can’t determine for the life of me what it is exactly that these people do. But, if they are, in fact, contributing their fair share to the project, then I’m glad they’re there.

In a year full of muddy Trap music and moldy superstars going through the motions (*cough* Eminem *cough*) last year wasn’t one of rap’s greatest. There were a few highlights, of course—Kendrick released a solid (though admittedly, relatively disappointing) new album, Jay Z’s ‘4:44’ was pretty good…It’s clear to me however, that in terms of hip-hop, Brockhampton stole the show in 2017.

As their stated goal was to “saturate” the market with so much good music they’d be impossible to ignore, the project can be a complete success. Not just the Saturation trilogy, but Brockhampton as a whole. The boys have produced more great music in twelve months than many groups do over the span of their careers.

It would be perfectly understandable if the group decides to take the Wu-Tang route and go onto their respective solo careers, rejoining as a group every few years for image upkeep and a perfunctory album. Clearly, several of these guys have the chops to make it on their own. But, with yet another album announced and tour dates running well into 2018, it seems that Brockhampton as a collective is here to stay. Thank god for that.