Sometimes it’s all about listening to tunes with your boyfriend, who is a sword. 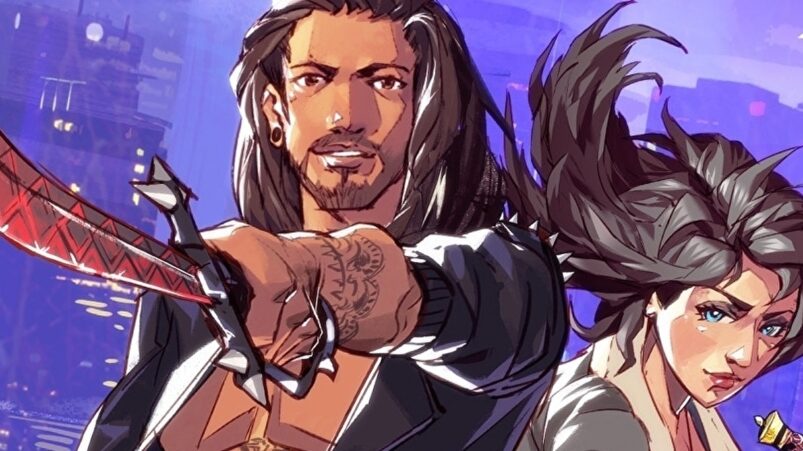 2021. It has been what some call “a year”. To celebrate this collection of sun rotations, we’re looking at the best games of 2021. Next up: Boyfriend Dungeon.

When we talk about games in the context of ‘best of’ lists, the conversation often boils down to talk about what game had the sharpest, most realistic graphics, or what game had the guns that felt best to shoot. What often gets lost in these discussions is the way that some games just feel good to exist in. A combination of a mesmerising soundtrack, distinct, memorable world, character design that’s full of charm, and a premise that sticks out among its more formulaic peers can make for a game that remains firmly in mind when the end of a year rolls around. In 2019, Sayonara Wild Hearts, with its spellbinding pop soundtrack and glitzy-glam looks, had the best vibes category on lock. In 2020, Paradise Killer’s mix of vaporwave aesthetic and open-world murder mystery netted the prize. For this year, Boyfriend Dungeon gets the coveted award of best vibes.

Boyfriend Dungeon has a deviously simple premise: it’s one half dating sim, one half dungeon crawler. This simple symmetry is emphasized in its two-word title. You’re either in Boyfriend mode or Dungeon mode, and that’s the game. What’s unique is how the game merges these two halves: in this world, some people can, for no particular reason, transform into weapons at will. Team up with a romantic suitor who can turn into a scythe and go tear up some monsters. How else are you supposed to find out if you’re compatible?

It should be noted for those who don’t romantically look for boyfriends that Boyfriend Dungeon does include women and nonbinary romance options, and allows you to customize your own gender and pronouns for in-game use. Boyfriend Dungeon takes its internal romances seriously and puts comfort and consent front and center. Being a game about connecting with someone through fighting off monsters together, Boyfriend Dungeon knows how to navigate the thornier consequences of its premise, even if the Twitter discourse about the game seemed to intentionally miss the point of having a villain character in a dating sim be, y’know, not fun to be around.

On the topic of the partners you can match with, they’re a fun and varied bunch. There’s bad boy Sunder, buttoned-up businessman Isaac, occult recluse Rowan who has a talking raven sidekick, anarchist artist Valeria and K-Pop bad boy Seven, among others. Each romance option has a well-explored personality and a unique relationship dynamic, making each one feel like way more than an arbitrary choice and a handful of combat differences for when they transform into weapons. The whole ensemble is distinct and personable, making every in-game date an enjoyable hang-out with some cool pals.

The dungeons in Boyfriend Dungeon aren’t as varied as the boyfriends (there are only two), but both of them are full of excellent detail and sleek design, making the excursions really feel like fun dates to an amusement park with your significant other.

The soundtrack for Boyfriend Dungeon is perhaps the greatest source of its stellar vibes. The trance-like west coast pop is full of dizzying jams that feel like they’d be a perfect fit for a late night rave, or just for blaring out of a car stereo while cruising down a beach town’s road in the middle of the night. Soak in the scenery and soak up these beats for the perfect facsimile of a seaside summer fling.

Boyfriend Dungeon is kind of the inverse of last year’s mega-smash-hit Hades, which was primarily a roguelike action game with a sprinkling of romance/narrative elements. In Boyfriend Dungeon, that formula is upended: you’re primarily here to make love connections, and hacking-and-slashing through a haunted mall is just the most direct way to kickstart a relationship. Boyfriend Dungeon earns every ounce of praise that comes with a comparison to last year’s near-universal GOTY.

While Boyfriend Dungeon’s specificity as a dating sim with combat elements likely kept it from reaching a wider audience, it’s an absolute gem that deserves a fervent cult following. There are plans for future DLC to add more romanceable weapons, and unless something catastrophic happens, the shimmering beauty of Boyfriend Dungeon will remain an excellent example of how to build a game around a cool idea and a bucketful of style.

READ NEXT: Sable Supplies A Rush In Relaxation | Best Games of 2021