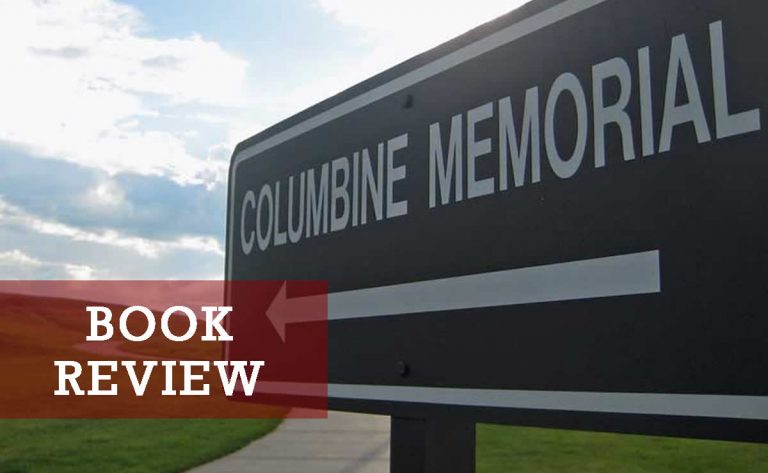 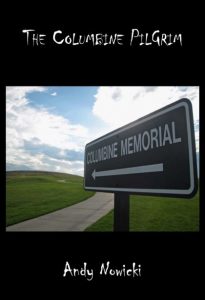 Tony Meander has been an outcast since he was a young boy. He never gets over the bullying he faced up through high school. As an adult, he becomes obsessed with the Columbine massacre. He travels to Denver and when he visits the school he has what could be a psychotic episode or a religious experience. He comes to believe himself to be a god. His “epiphany” leads him to commit a mass shooting at his high school reunion.

The first half of The Columbine Pilgrim

is told from Tony’s point of view. We can immediately see he’s not in his right mind. One of the first things he does when he lands in Denver is steal a magazine from an airport store. Just because he can. This simple but transgressive act makes him feel amazing.

“I felt like I entered a dream—one of those best kind of dreams where you know you’re dreaming and thus know you can do whatever you want, with absolutely no consequences. That wild raucous sensation, like being in a playhouse—only as a grown-up, with grown-up desires.”

There are flashbacks here to Tony’s high school life. The depictions of bullying here are some of the most uncomfortably realistic outside of Welcome to the Dollhouse.

“The world was a prickly place, I had grown to understand; there were thorns everywhere; you were lucky to go an hour, much less a day, without getting cut. You took advantage of the few times you had a sympathetic teacher or mentor, or a peer who happened to like you and enjoy your company; you looked forward to a good laugh or a good read or a pleasant lapse into your own dreamy imagination—you took advantage, yes, because you knew that such moments were the exception too the rule, you knew that life was mostly about pain, humiliation, and horror…”

Tony takes part in a tour that traces the day of the Columbine massacre lead by a wannabe cult leader. The cult leader spouts worshipful reverence of Eric Harris and Dylan Klebold to Tony and other tourists from around the world. Afterwards, Tony begins to have visions of himself as a god. The first half ends with a complete descent into madness. Tony’s mind is completely gone.

The second half switches perspectives. It reads more like true crime journalism of Tony’s shooting spree. We learn of what happened through interviews with survivors of his attack, some background into this life after high school, and a recounting of the massacre.

We learn that after his high school years, he was an intelligent man who pursued a history degree that he earned with honors. Finding teaching it unsatisfying, He went back to school to get a PhD in philosophy. There, he developed a strange worldview that mixes Catholicism with the philosophy of Friedrich Nietzsche. Before he finished his dissertation, he disappeared.

Then we come to his massacre at the high school reunion, described in intense detail.

“Alarmed, panic-stricken reunioners fled for cover, but were prevented from fleeing the building, due to the fact Meander never moved far from the doorway; a couple of hapless people who tried to escape this way were remorselessly pumped full of lead at a close range.”

Probably my biggest criticism of this book is in this section. For most of it, Nowicki adopts a convincing true crime journalist voice for this chapter. There are moments, however, where the voice slips. In the name of describing Tony’s massacre in all its horror, Nowicki moves towards a more affective point of view. It hurts more than it helps. It creates an inconsistency in the writing. Also, Tony’s massacre would have been more disturbing to read in a consistently journalistic voice, like it was something that actually happened.

Nowicki could have easily made this story an anti-bullying parable. He doesn’t go down that route though. Tony’s bullying is never really shown as being to “blame.” Rather, his fixation it is simply part of his complex and often senseless motivations. In fact, the book goes out of its way to toss bile on the various factions that crawl out of the woodwork after every mass shooting.

“And as so often happens after a disturbing and traumatizing cultural even, we have thus been treated to the spectacle of different interest groups attempting to exploit the tragedy of 5/20 to achieve their own ends.”

I won’t give away the ending, but it’s one of the most fascinating parts of this novella. I could write an entire essay detailing all the possible ways it could be interpreted. I will say that I get the impression Nowicki intended to be a light at the end of this dark tunnel. Myself, however, I found it utterly horrifying.

Something to note is that the first half of this book is labeled as a “Prologue” and the second as “Chapter One.” It seems to suggest that this novella tells a story that’s part of one that will keep going. Some can view this in a positive way, but the story of Tony Meander is one that seems like it could go nowhere good, even after he’s gone. Only a cycle of abuse and destruction that will continue indefinitely.

I should note that Nowicki is a devout Catholic, so there’s a reason to think he writes a book this dark with a hope of salvation lingering over it. The comparisons to Flannery O’Connor are obvious enough that the blurbs for the book already make them. Myself, I get the impression that even he’s not entirely sure that his hopes amount to anything.