The Umbrella Academy: Season 2 REVIEW – Blast From The Past

They may be in a different place, a different time, but the Umbrella Academy gang have the same old problems to deal with. 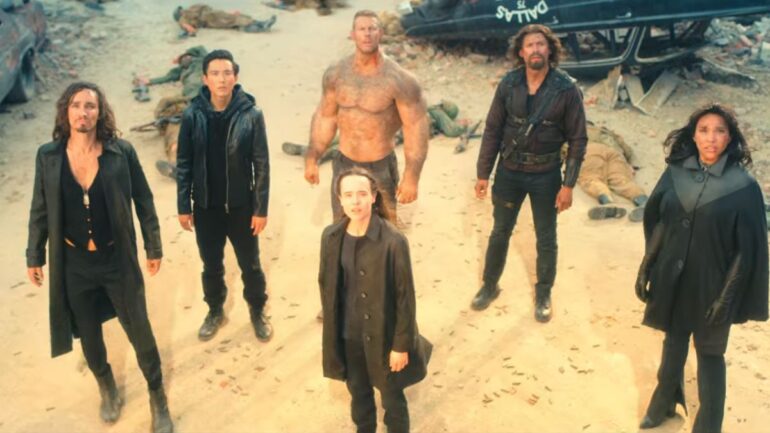 “I also think that President Kennedy should have been shot, because he was very promiscuous…and I think that it’s unhelpful when you’re trying to build a new America, in the early 60s, to have sex with Marilyn Monroe.”
– Alan Partridge

In its bare essentials, the format of The Umbrella Academy is X-Men through and through – superpowered children adopted by wacky billionaire, blah blah blah – but honestly the closest parallel isn’t even in the superhero genre, rather it’s the shamefully short-lived Dirk Gently’s Holistic Detective Agency. The obvious part of that is in its very select kind of whimsy: the head of a secret organisation being a goldfish who smokes would blend right into the work of Dirk Gently. But on a deeper level, the storylines have the same aspect of preordination to them. From the start, we get a glimpse of – well, in both shows it’s the future, but it’s also something so wacky it’s seriously alarming.

The first season was, while it claimed to be set in 2019, kind of a period piece. It’s hard to say when, but there’s a very conspicuous lack of mobile phones and internet connections – so having the gang skip back to Dallas in the ‘60s isn’t that much of a departure. Without the home-base structure of the academy itself, I’d worried things might become ungrounded, but instead the show adapts quite easily, welcoming this less familiar territory.

This is not least because they’ve picked a good moment to play around in history: mainly with the clock ticking down to the assassination of President Kennedy and all the conspiracy theories that go with it, but also America’s burgeoning civil rights movement. Were you to end up flung back to Dallas in ‘63, those are in a space-time sense very much the places to be, so obviously the Umbrella kids are going to get involved.

Both these historo-strands get left in dust as the season progresses, but that’s because by then the gang have enough stuff of their own going on, and possibly also because the writers didn’t want to throw the past half-century out the window like Tarantino keeps doing. In a way, this gives away the pulpy approach which the show as a whole takes. Would it be more interesting if they’d given Jack Ruby more of a focus? Perhaps, but there’s a lot less scope for him to get into a superpowered slug-fest involving time travel.

In fact, one of the show’s greatest strengths is not feeling the need to answer every little thing. We still don’t actually know how exactly Ben died, for instance, and crucially this lets them pick up on points later. Inevitably there’ll be parts where you wish they’d done more with something, so perhaps this is more a double-edged sword, but at the very least this approach keeps things moving along.

Some major plot points mirror those of the first season, and here I use ‘mirror’ as a polite way of saying ‘are the same as’. The greater arc of season two is the gang all bumbling about like wind-up toys trying to stop the apocalypse, again. Just as television serials once had ‘monsters of the week’, if The Umbrella Academy continues we might describe further plot developments as ‘apocalypses of the season’.

So you could call the broader plot formulaic, although only in a very abstract sense. You could never have guessed any of the specifics purely off the back of watching the first season. But the characters the show’s plugged into it are what really make it sparkle – although the main gang are in constant danger of descending into schmaltzy they-love-each-other-really. Thankfully, when they are all together, it’s usually because things have gotten lively enough that there’s no time for any plodding sentiment.

Moreover, when they’re apart it’s not a death sentence. Each of the Umbrella siblings has an arc that can at least attempt to stand on its own, and The Umbrella Academy has a very good hand for montage-ing its way through developments which other shows might linger on for the full hour. Robert Sheehan, a rare treat anyway, is the standout here, and would be earning his fee with that mangled version of the parable of the scorpion and the frog alone.

However, this is very much in a first-among-equals sense, a concept which, hearteningly, they’re coming round to in-universe as well. Even Ellen Page, the only real weak link despite her top billing, finds herself in a far less self-indulgent role than the first go-round. This, incidentally, is another strongly Dirk Gently aspect – as that show went on it assembled its own charming pseudo-family of misfits.

Perhaps the biggest advantage of the story skipping backwards in time is that it lets Colm Feore’s Sir Reginald Hargreeves – or Daddy Umbrella, if you prefer – get into the mix without resorting to shameless flashbacks. He takes on what seems to be significantly more screentime here, which means more time for him to be a cut-glass, stick-up-his-ass awful father. Similarly, Kate Walsh’s unnamed time-assassin handler gets her role beefed up quite a bit – as well as her outfits, which seem to be what’s really going mad with power here, hovering between evil Mary Poppins and pre-Revolutionary French decadence.

Again, this is the pulp style through and through, having big, bold, colourful villains (Reginald isn’t strictly a bad guy, but he’s certainly a dick) to the troubled but cheerful-enough heroes. And, yes, you could describe comic books, like the one the show began as, in this way as well. This in mind, the success of The Umbrella Academy is in embracing the markers of the original work, rather than in sloughing that off and going too far in turning it into a TV show. While it never seems static, it’s easy to envision it as panels on a page.

If there’s a single way The Umbrella Academy improves on its already-robust first season, then it’s this: despite following a dysfunctional family group who have death as their constant companion, it never descends into bleakness. There’s unpleasantness there, but the heaviest, most emotionally affecting moments are at worst bittersweet – not empty, but not crushing the narrative flat either. The Umbrella kids will take a licking, sure, but they’ll pop back up for more soon enough. Pulpy? Yes, incredibly. But it’s the best kind of pulp, the sort with a real joy underlying it all. 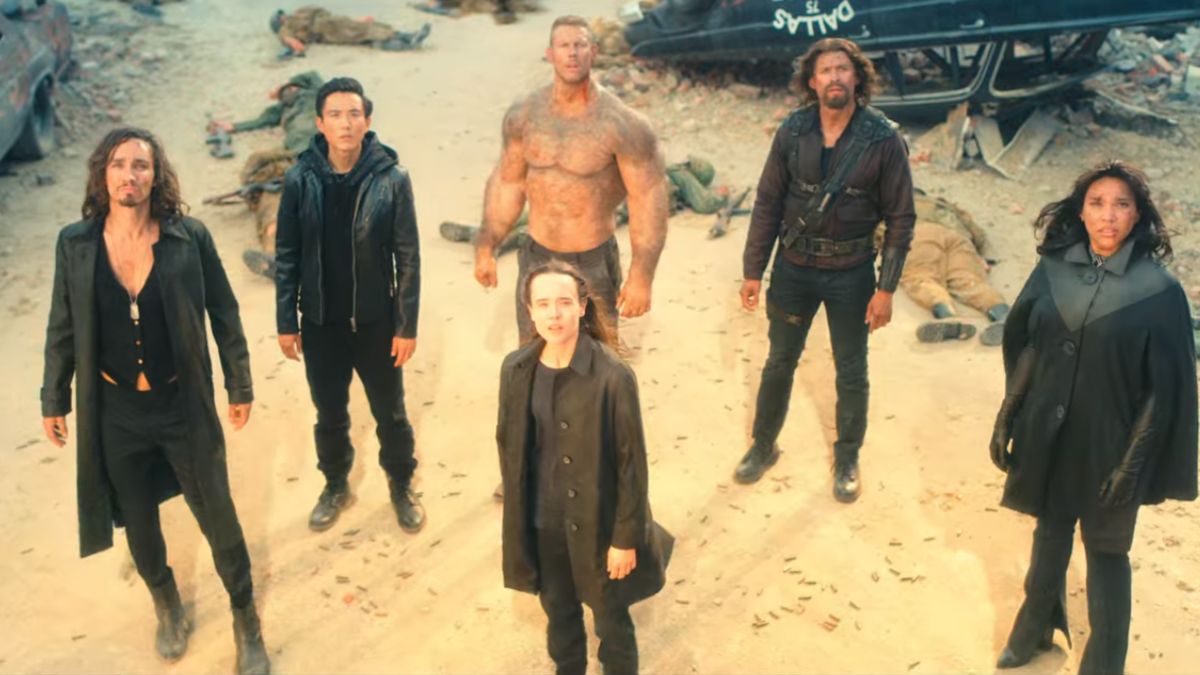 Verdict
The second run of The Umbrella Academy irons out some of the minor faults of the first, while keeping on with the lively, likable ensemble that drive all the time-travel silliness.
8
Cultured Vultures is a pop culture website established in 2013 covering all things gaming, movies, and more. We eat your words.
All The News On The Biggest Games