BOOK REVIEW: ‘Shadow of the Colossus’ by Nick Suttner 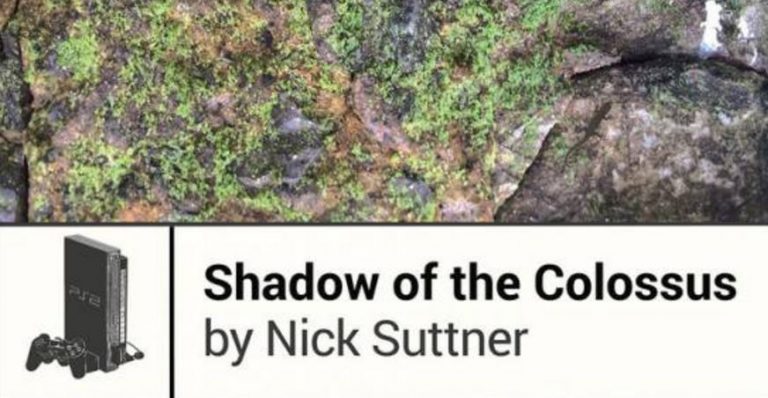 Some games in our lives just capture us. For one reason or another we become enraptured in a world that isn’t our own and we belong to it for a brief period of time. Nick Suttner has chosen Shadow of the Colossus as his muse for study in his new book and analyses; what made it just so great? You can tell the game has had a profound effect on Suttner; the pages are lined with memory and glee as he traipses his way through the forbidden land.

It’s well written, well researched and enlightening. It’s unbelievably well documented. Telling you almost every nook and cranny within the game. His research level is second to none.

However, there is a duality to this work, not only is it a walkthrough of the game, but it’s a novel in itself. He takes you from colossus to colossus detailing the enemy, how it moves, how he feels taking it on. It’s an emotional journey as much as it is a discussion of tactics. Never forgetting that this wild, expansive and intense game is also, at its core, a puzzle game.

Suttner’s memories of childhood and experience go hand-in-hand with the game itself. Channelling his experience of companionship, horse-riding and growing up to go as a nice pay-off when accomplishment arises within the game. It goes deep into the cryptic and mysterious gaming development company known as Team Ico. Speaking to developers, giving background info on their previous game Ico and what separates this development team from the rest.

It also talks on quite an interesting point in the differences between gaming protagonists, or “heroes”, if you will, in the western and eastern gaming worlds. The west being more inclined to go for the rough, gritty and practical space-marine/soldier/mechanic; pick and choose, they’re all interchangeable really. Whereas the Japanese gaming world have chosen to centre their heroes on characters with, to quote the author, “more visual flair and panache”.

Suttner gives his views on what games “could be.” Instead of a cold impersonal “going through the motions” of a simple shoot-em-up, platformer or sports game. Games should be a representation of the artist’s thoughts, feelings and emotions, just as the rest of the arts world is. His argument is that Team Ico’s masterpiece is the start (or a very significant piece of the puzzle) in developing this movement.

Suttner doesn’t just plod you through the game; he takes you on an adventure, as you were the player, not the one holding the controller, but Wander himself!

All in all I loved the book. It brought back memories, it was written well and brought an emotional connection to a piece of tech and game that I’d previously thought had been lost in the chapters of my youth.

This is a sign of how good this book is. As soon as I finished reading it, I went and re-bought the game.