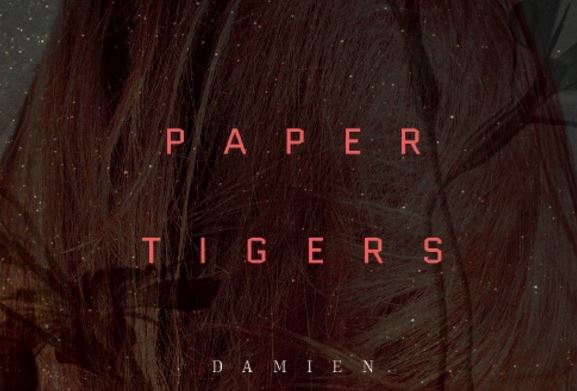 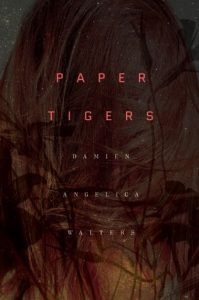 Years after being trapped in a disfiguring apartment fire, Alison Reese escapes her pain through collecting old photo albums, one of which, according to its own fantasy-logic, becomes a portal to Pennington House, a mysterious ghost-house, occupied by a small collection of characters and overseen by the shadowy George Pennington. Alison discovers that her trips into the rabbit-hole world of the photo album are slowly healing her wounds. Her quest for wholeness through the power of the “paper world” results in its unveiling and in a showdown with its hungry god, George Pennington.

It all begins with the calculus of chance, as protagonist Alison Reese goes for a 3:00 AM walk near her home in Baltimore:

“Her first rule: if one tiny sliver of shoe went past the edge of the sign she had to go on and, of course, tonight it had. Her second rule: she couldn’t alter her steps approaching the sign to prevent such an occurrence.”

And it’s this attempt at ritualizing chance that seems an invitation to a fateful encounter with an old, smoky photo album displayed in an antique store window, and with the long dead photographer himself, George, who gazes out from the first page with “a predatory smile.” Alison fantasizes a name for him, a character, a house, a world, but the further she goes with it, the less it seems that she is responsible for dreaming it up and the more certain it is that George is dreaming his world into her or dreaming her into his world–like a double, inverted haunting.

George says to Alison at one point:

“Photographs have a special power, don’t you agree? They can capture so many things. Sorrow, pain, life. A handful of lives kept and held. A handful of time forever preserved. Unchanging. Perfect in its simplicity, yet absolute in its possibility.”

And the possibility that the paper world of the photo album offers is the fulfillment of Alison’s deepest desire, the only thing she wants, her single fantasy: wholeness.

Alison sees herself as “the Monstergirl.” She lives in a nearly constant state of anxiety, avoidance, physical pain, and loneliness. The victim of a fire in her apartment building, she’s been mangled: most of her is burn-scarred; she’s missing two fingers, a breast, and an eye, and her fiancé left her in the hospital and never returned. Her emotions have divided themselves into colors that speak into her thoughts. Red, Yellow, Pink, Purple: they mock her, advise her, warn her; they speak her hurt and anger and humiliation, but they only speak it back to her in a feedback loop of psychological anguish. They’re a testament to her brokenness.

The paper world of the album offers deliverance. It mysteriously opens by, at first, meeting her in her fantasies, inviting her in to haunt it. And she finds that, in that world, in George’s world, she is whole, unscarred, unbroken, and better still, on emerging back into the real, the effect lasts, for a while anyway, but even after her scars return, they’re not as severe. The paper world is healing her.

is Gothic, in the classic sense: ghosts; a haunted house; a devious, mysterious man; recurring pasts; wavering boundaries between this world and another; and raging danger within one’s deepest desires. Walters plays interestingly with these genre conventions and adds a few horror flashes near the end, but I’ll leave her finest fireworks for the reader to discover.

Her writing is tender, lushly phrased at times, and it experiments (successfully, in my view) with how to interject its protagonist’s impulsive pessimism into narration.