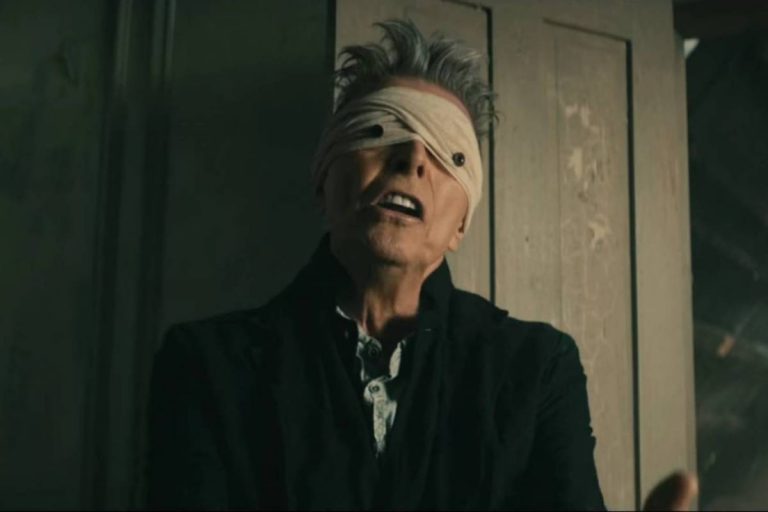 A lot of artists tone down as they get older, many of whom find themselves cruising in automatic in the middle of the road. David Bowie is not one such artist.

Having made his return to music in 2013 with The Next Day, after having withdrawn from making music nearly a decade earlier, there was much speculation as to whether Bowie would call it a day for good this time, or carry on with this new lease of life and inspiration. The answer, thankfully, turned out to be the latter.

This was initially confirmed with the unveiling of atonal jazz odyssey ‘Sue (Or In A Season Of Crime)’ last year. A song that occasionally called to mind the experimental and noisy inclinations of latter day Scott Walker. It was quite the stark contrast to the more straightforward rock and ballads of The Next Day – albeit straightforward rock and ballads as filtered through art rock, post-punk, and Bowie.

You could kind of see ‘Sue’ as a bit of a stroppy rebelling against the perceived conformity of The Next Day, and if that was the case, it’s clearly carrying through to Bowie’s next album, ★  (pronounced Blackstar). An attitude that’s been all but been confirmed by producer Tony Visconti saying that, “The Next Day started out trying to do something new but something old kept creeping in. Not this album.”

Which leads us to song ‘Blackstar’ itself, unveiled to the world last night with accompanying music video, it acts as the first glimpse at Blackstar the album, or ★  if you’d prefer. The track is ten minutes in length, traversing ambient, jazz, middle eastern music, orchestral pop, progressive rock, and it could even be argued minimalist house passages throughout its runtime in a fluid, evolving episodic manner. Kind of how a chameleon changes colour. Funny that.

The video is out there too, featuring mythical, religious, and extraterrestrial imagery as it does, alongside exotic, mundane, and alien landscapes featuring girls with tails, bejewelled skeleton astronauts, a cult prone to epileptic dance, sexually gyrating scarecrows, and David Bowie at his most alien, creepy, priestly, and unhinged simultaneously.

A lot of artists tone down as they get older, many of whom find themselves cruising in automatic in the middle of the road. David Bowie is not one such artist.