A discourse born out of rage. 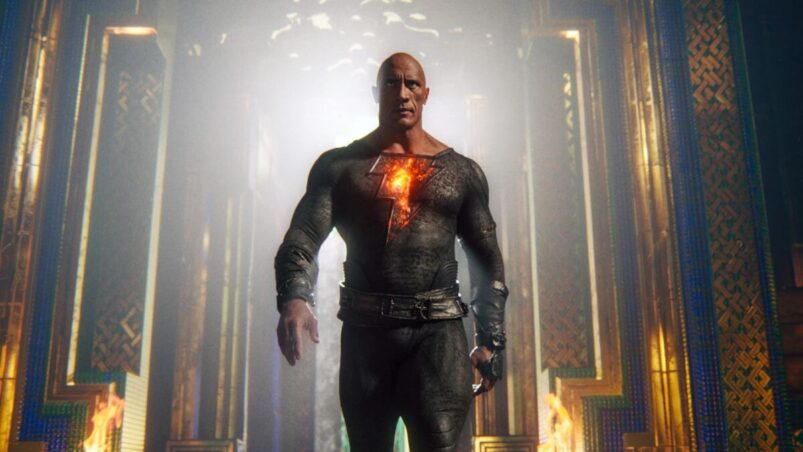 The release of Black Adam has created quite a divide between critics and fans. Fans waited with bated breath to see how the movie would rate with critics, and while the early reviews started out positive, as they piled in, things were not looking good. As I write this, the score on Rotten Tomatoes for Black Adam is 39%, with 213 reviews. On the other side we have the audience reviews, which stands at a glowing 90%.

After Marvel’s dominance of the comic book movie scene, Black Adam was supposed to be an indicator that DC was back in the running again. There was The Batman earlier this year, The Suicide Squad last year, and things were just starting to look up. Black Adam’s poor performance means that things are in the slump again, as opposed to the momentum fans were counting on. This has resulted in a whole lot of mud-slinging back and forth, with fans asserting that critics only know how to criticise from their ivory towers, while critics doubled down on their opinions.

Have the critics lost their ability to appreciate a fun, popcorn movie for what it is, or are the fans so myopic about their fandom that they can’t see that the movie isn’t very good? What’s the truth here? Are we really on two sides of a great divide?

What drives this debate is the perception that critics and regular movie fans are inherently different, which isn’t exactly true. We all go to the cinema to be entertained, with an unspoken understanding that not all movies are made the same. The yardstick for an action movie would be different from a rom-com, and it’s the critic’s role to evaluate and consider how it fares against the benchmarks established by the genre. The audience member’s job is to consider whether they enjoyed the film or not.

We only need to take a glance at the audience reviews for the recent movie Bullet Train to see this. Bullet Train suffers the same fate as Black Adam – rotten rating, with a higher audience score. Most of the audience reviews are short one-liners, praising the action and comedy, as well as the cameos. If we look at the critics reviews, there are praiseworthy elements as well. They complimented the choreography and fun performances, but ultimately felt that the movie was overstuffed and didn’t manage to stick the landing. There’s clearly an overlap, where we can appreciate the same aspects in a film, but because of the larger scale critics weigh each movie against, this creates the appearance of a divide.

It’s the same story for The Gray Man. The audience reviews exclaimed about the action sequences, and the charismatic performances from the actors involved. The critics did comment on the big action set pieces and the acting talents of Ryan Gosling and Chris Evans, but felt that the film was let down by its formulaic screenplay and one-note characters. The best litmus test regarding a movie’s quality is the amount of rewatches you’re willing to give it. If you pit The Gray Man against a movie like John Wick, John Wick will win every time, because there’s characterisation, a semblance of a plot, and the action sequences are terrific.

If we look at Black Adam, it’s easy to see why people would want to enjoy it. Everybody loves Dwayne “The Rock” Johnson. I mean, there’s even a video of someone crowd-surfing a baby to him during a premiere, that’s the level of movie star we’re dealing with. Johnson has also been lobbying to play the character for 15 years, so it’s a passion project for him, which naturally spurs fans to rally around him. We want the movie to succeed because of him. But being a main character also requires more than just quippy one-lines or brooding into the distance. If we strip the movie of all its action, it becomes obvious that this character doesn’t have more than an ounce of personality, which is also a disservice done to most of the other characters.

This is sometimes not easy to perceive, especially if you’re a comic book fan and know all these characters intimately. The excitement of seeing these characters come to life on the big screen can bring so much joy that we’re not so bothered about the technicalities. Also, criticism is harder to accept when the movie has some good things going for it. Black Adam has some fun action sequences, like that whole first big fight between Black Adam and the JSA. The fight allowed each member of the JSA the spotlight, which worked as a perfect introduction to their abilities. Lorne Balfe’s score is fantastic, and he took a lot of inspiration from Johnson’s own persona to craft the theme music, which is a remarkable little tidbit.

Some of the characters are also well-realised, like Dr. Fate and Hawkman. Pierce Brosnan is likeable, charismatic, and is able to sell Dr. Fate’s friendship with Hawkman. You can feel the strength of the relationship, and that the pair have a long history of working together. His powers are also cool, and it was fun to see him in action. Aldis Hodge does decent work as Hawkman, and oozes enough gravitas such that I can understand why he’s a leader. The last conversation him and Dr. Fate have before their showdown with Sabbac helps establish who these men are, and their views on life and death.

However, structurally, the film is a mess. Black Adam is set up as an antagonist only for the film to flip the script on us and make him a hero by the end. The whole conflict between the JSA and Black Adam is dissolved as they team up to take on a bigger threat. Sound familiar? This is basically a rehash of Batman V Superman, when the pair team up to take down the creature Lex Luthor created. Sabbac is a non-entity of a villain. The creature design is generic, and Ishmael’s arc is so rushed that we barely have time to register his trip to Hell, or why he would even scheme this in the first place. Watching this play out is frustrating, because the DCEU just seems to be retreading old mistakes instead of learning from them.

And therein lies the root cause of the divide: frustration. The critics are frustrated because Black Adam possessed all the possible ingredients for success, and still failed to deliver an amazing film, while fans are frustrated because something they love isn’t getting the validation they feel it deserves. At the end of the day, both sides want the same thing.

And you see, fans have no reason to despair. Black Adam will most likely get a sequel, the DCEU will continue to expand, and we’ll watch, just like we always have.

READ NEXT: Ranking Batman’s Movie Gothams Based on Liveability