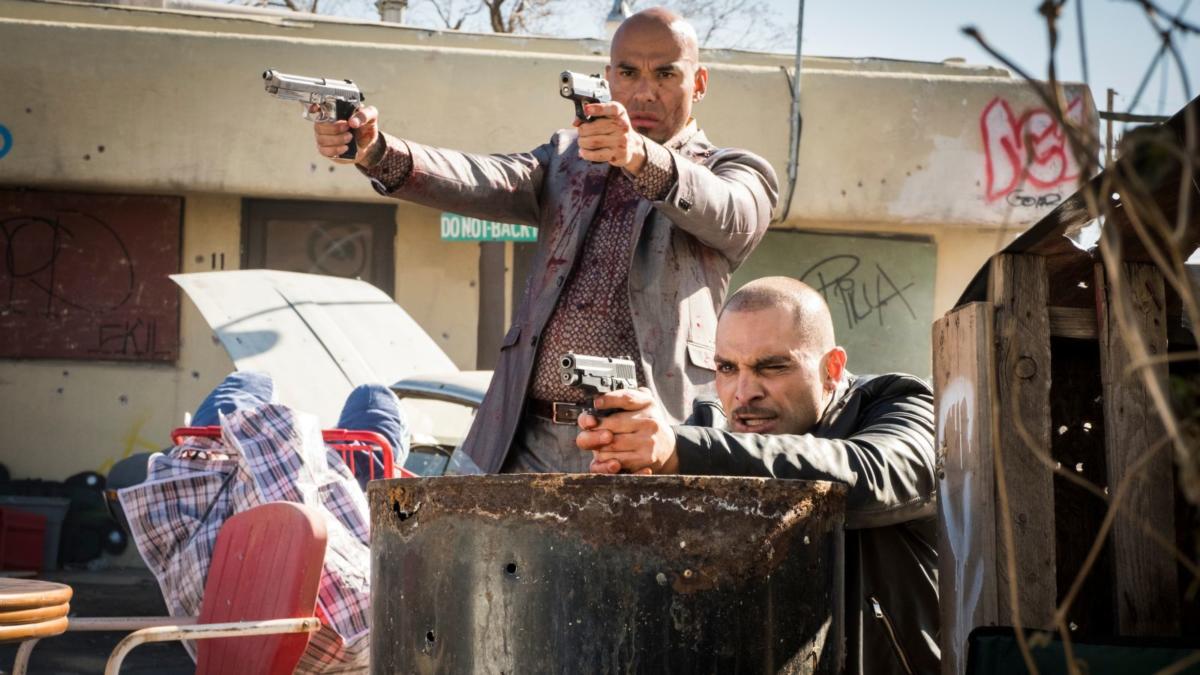 This last week was fascinating, reading so many theories as to why Kim went to the courthouse in Episode 3, people speculating that Mesa Verde is growing quickly because of Gustavo Fring’s drug money, or some fans thinking that Kim had an affair with Chuck or possibly faked Chuck’s letter to Jimmy – it was strange, because none of those matched the tone or decision-making of either Better Call Saul or Breaking Bad, and I’m guessing the reason why people are spinning these wild theories has something to do with how deeply written this season’s character motives are – Peter Gould had mentioned this in an interview, how afraid he was that they may be asking too much of their audience, not being as overt as they could be. The result in “Talk” is a richer experience, but also with a much more looming and somewhat insidious nature.

Season 4 is also all about role-reversal. Jimmy is quieter. Mike is more confident and even comedic. Howard is more candid, dropping his façade. But the most surprising change of all has been Kim, and it reminds me something Rhea Seehorn had said on the BCS podcast (I believe during Season 3, when Kim and Chuck share an office moment alone in the very early morning, where Chuck recounts to her the story of Jimmy stealing from the register at their father’s store, and Kim remains silent for that whole scene, though Seehorn manages to make it feel like a two-way exchange) – Seehorn had mentioned that when a character remains silent, it isn’t because they have nothing to say, it’s because they are choosing not to speak. Now, all throughout Season 4 of BCS, Kim Wexler has finally chosen to speak.

Heather Marion stole my heart writing this week’s “Talk”. She’s been on the writing staff since Better Call Saul’s inception, having gotten her start as an assistant on shows like Curb Your Enthusiasm and The Goldbergs, but this time around, Marion got to flex some of those deeper writing moments in the same way that Gordon Smith did last week – it makes sense, too, since she served as the story editor on those first three episodes – Marion is clearly picking up some of the tinier character details that have been setup already. For instance: Jimmy tells Kim he’s become a shift supervisor right after she gives him contact info for a therapist. We think for a moment that Jimmy’s lying to her, but then as soon as she leaves he accepts the job that he had previously turned down. We can’t anticipate what Jimmy is going to do next because there’s very little he’s certain about. 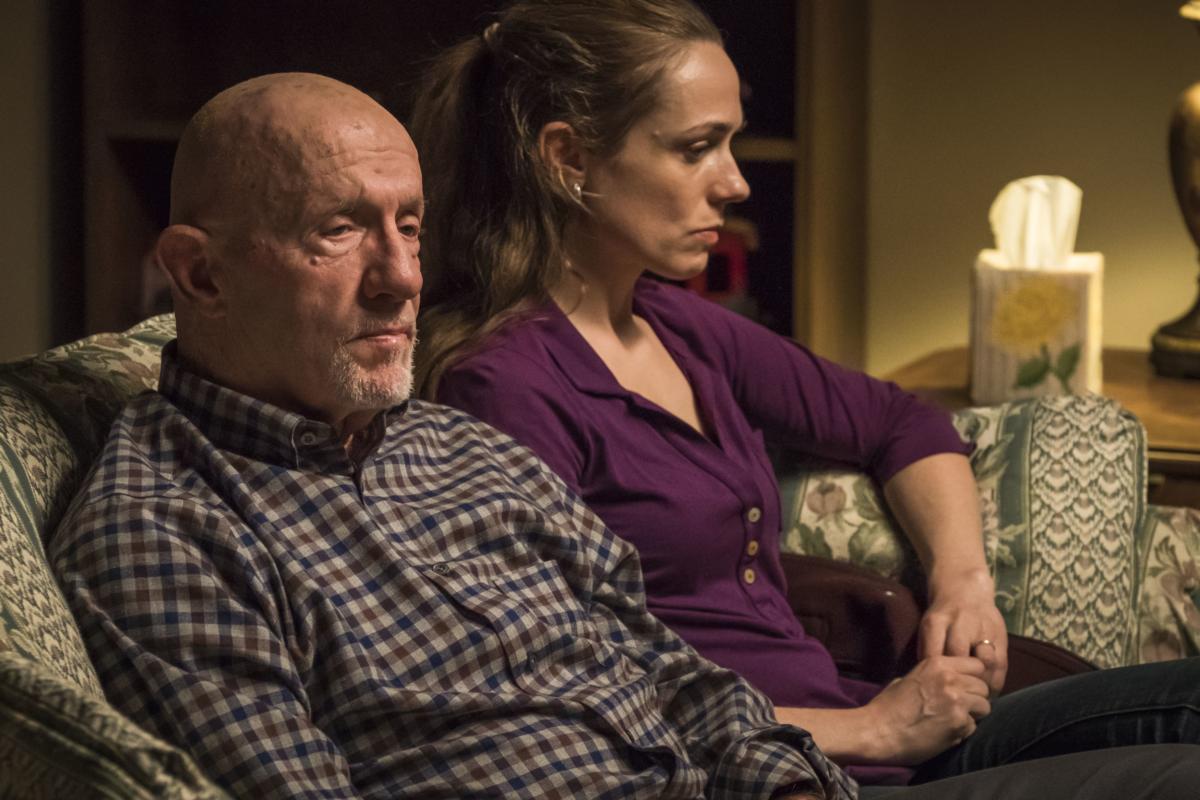 Mike, on the other hand, is certain about everything. He’ll talk if you push him. He’ll even push you back into the corner that you originally reserved for him, whether it’s treating him as a chess piece between drug crew territories or milking him for sympathy at a grief support group. He’s behaving the same way that Kim is behaving or how Nacho is behaving – no bullet in the gut or broken arm is going to stop these characters from charging forward. On the contrary, Jimmy is paralyzed. He has withdrawn into himself while everyone else runs laps around him, on his own show, nonetheless. Hell, even the vet seems to exert more self-agency.

All that said, Jimmy has donned the same attitude of Kim that we saw in Season 1. He’s choosing not to speak, just biding his time. We know where it leads – the writers offered us a glimpse with Ira, the burglar, who said “new job, new cellphone” – what a nice nod to the future, how Saul winds up with a drawer full of cellphones, a new one for every job (not to mention, Ira is also one of the Vamanos Pest guys from Season 5 of Breaking Bad). It’s only a matter of time until we meet the rest of Saul’s crooks, and we still have an entire year left of Jimmy not practicing law. The question this episode is: when is Jimmy going to talk? 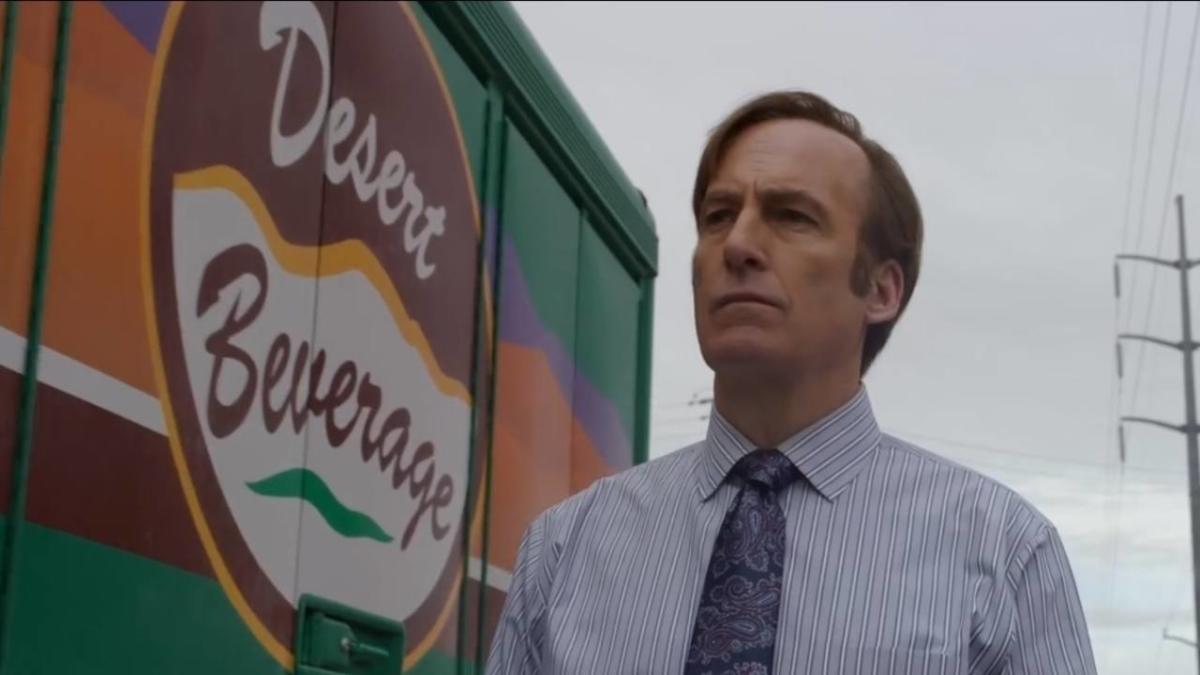 At the end of Season 1, Jimmy had asked Mike why they didn’t just take the Kettleman’s money and run. Mike reminds him that there had been talk of “right and wrong” – but Jimmy had said to him that next time (possibly, that second chance), he wouldn’t make the same mistake again. So, make your move, McGill. Find that next job and call Ira and become the man that your brother said you were born to be.

– “Talk” was directed by John Shiban. I really appreciate how he shot the gang shootout with the Salamanca Twins. You never feel lost or disoriented, but you still feel as though you’re missing something in your peripherals which keeps the tension. Kudos to Chris McCaleb for editing this sequence and keeping it coherent — every editor on this show knows exactly how to pace their shots/scenes.

– We learned why Kim went to the courthouse – to intimidate Judge Benedict Munninger. As far as what her motive may be, it seems likely that it has to do with Kim either finding more fulfilling work or Jimmy returning to the law much sooner.

– I loved that flashback with Matty – it’s the furthest we’ve seen into the past on this show so far. Mike is out of focus in the shot, but he even has hair! Of course, that’s the natural transition from a lawful abiding citizen to a criminal – once you lose your hair, you have nothing left to lose. Unless you’re Pryce with his baseball card collection – then you just keep losing.

– This show says a lot about loyalty. Criminals reward loyalty better than law abiding citizens do! Jimmy can trust Ira not to take all that extra money, and Ira likely sees that if he does right by this guy then there’s more work in it for him. After all, how often do you meet someone with a natural talent for crime? That’s not a contact you want to lose.

– Also, in terms of loyalty, you have to respect that Nacho went in to help the Twins – after all, he has Salamanca blood in his veins now. But now Gus knows about Mike helping him, and sometimes loyalty only drags you further into the shadows.