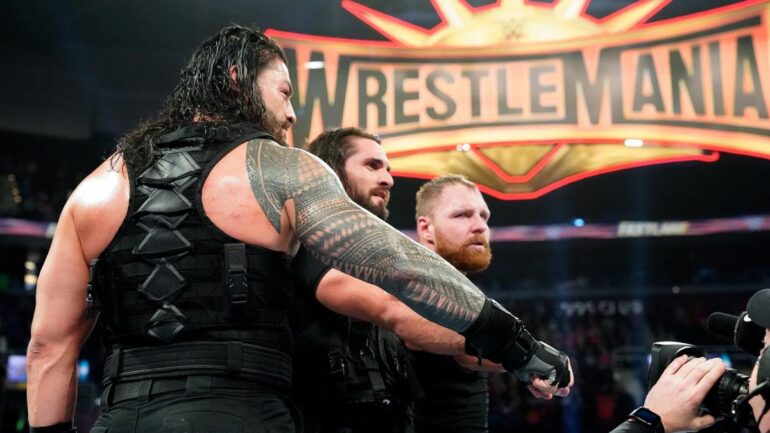 In 2015, WWE decided to move the Elimination Chamber PPV to May, and created a new event known as Fastlane in the process. With the sixth iteration of WWE Fastlane just around the corner on the Road to WrestleMania 37, it seemed an appropriate time to look back at the best matches from its history.

The first ever Fastlane event featured a blockbuster main event that represented the division between the audience’s chosen hero in Daniel Bryan, and the new face of the company, Roman Reigns.

After a successful victory in that year’s much-detested Royal Rumble, the former powerhouse of The Shield was on his way to WrestleMania, where Brock Lesnar awaited with the WWE Championship. However, due to the machinations of The Authority, Reigns was convinced to put his Number One Contendership on the line, with Bryan earning an opportunity after defeating Seth Rollins.

Both men demonstrated an aggressive attack, Bryan’s kicks to Reigns’ liver exacerbating a recent hernia surgery, while Roman was refusing to allow Bryan’s matwork to break him down. Bryan’s plan to injure his opponent’s left leg wasn’t enough to counter Reigns’ power game, eventually avoiding the Running Knee that once felled John Cena to hit his dreaded Spear for the victory.

In a match that featured Reigns in his biggest challenge to date, he rose to the occasion tremendously, earning a sign of respect from Bryan afterwards. It took several years before Reigns gained similar respect from the audience.

One year on and Reigns was now a bonafide main eventer, having entered 2016 as the current WWE Champion. Forced into defending the title from the #1 position in the Royal Rumble, he eventually lost to Triple H of The Authority. The following night, Stephanie McMahon announced that at Fastlane, Brock Lesnar, Dean Ambrose and former champion Reigns were to battle for the right to challenge Triple H at WrestleMania.

With the gutsy brawling of Ambrose, the all-conquering power of Lesnar, and the tenacious determination of Roman, this was a great triple threat match that blended all their strengths. Lesnar was dominant early on, forcing the former Shield brothers to work together to slow the Beast down, before battling one another in an explosive confrontation. The use of two tables and a steel chair to take Lesnar down left Ambrose open to a sudden Spear for Reigns to get the victory.
Sometimes forgotten due to the resentful attitude towards Reigns at the time, this features three main eventers putting in every effort for the opportunity to main event WrestleMania.

There was a slightly messy set-up for this match, that began at the Royal Rumble, where Owens and Zayn lost a handicap match to Styles, despite Owens not being the legal man. A match between Zayn and Owens for a title shot was ended by a Styles attack, with General Manager Daniel Bryan announcing a Triple Threat match. Commissioner Shane McMahon then announced that if Corbin and/or Ziggler defeated Owens/Zayn respectively, they’d be added to the match. With a Fatal Five-Way confirmed, John Cena returned to SmackDown and was granted a non-title match with Styles, Cena’s victory getting him added to the match.

Thankfully, the match itself was an absolute thriller, a chaotic and wild battle that allowed all six men an opportunity to shine. Between Cena’s series of Attitude Adjustments, Ziggler getting tossed into hockey glass, Styles going through the announce table, and Corbin wielding the steel steps wildly, the pacing is unrelenting.

In the end, as Owens hit Cena with a Pop-Up Powerbomb, a Phenomenal Forearm to Owens allowed Styles to retain his title. A wonderful reminder of the unquestionable strength of the Smackdown roster during this time.

A surprisingly important step in the development of KofiMania, with Kingston’s excellent performances in both a gauntlet match on SmackDown and the WWE Title match at Elimination Chamber seemingly earning him an opportunity against WWE Champion Daniel Bryan at Fastlane. To the shock of many, however, Vince McMahon returned and replaced Kingston with Kevin Owens, claiming he was more deserving. Fastlane itself included even more baiting, as McMahon announced a Triple Threat match, only to reveal Mustafa Ali as the third participant (an ironic choice as Ali was replaced by Kofi in the gauntlet due to an injury).

Despite the crowd’s anguish at Kofi’s missed opportunity, the match itself was fantastic, featuring three of the most consistent wrestlers on SmackDown. Ali embodied his role as the heart of 205 Live, rising to the occasion as he battled for the championship, while Owens demonstrated the fire that helped make him a beloved fan favourite.

However, against the odds, a battered and bruised Bryan struck down Ali with a vicious Running Knee, retaining his title on the way to WrestleMania. Out of context, this match can be appreciated for the tremendous work all three men put in.

The previous months had featured a sobering leukaemia announcement from Reigns, a heartbreaking betrayal by Ambrose on his partner Rollins, and an emotional return by Reigns and reunion of The Shield. With the return of the beloved stable which had enraptured fans, they found themselves facing a trio of future stars in Baron Corbin, Bobby Lashley, and Reigns’ arch-rival, Drew McIntyre. This match is a wonderful throwback to the classic style that ‘The Hounds of Justice’ excelled at, wild and chaotic as all six men combined to entertain the crowd.

Physically hard hitting Claymore Kicks and Spears had the heels in control, even catching Reigns with a Deep Six in mid air for close nearfalls, but The Shield rode the wave of support from the crowd. With Ambrose diving off announce tables, Rollins flying out of the stands, and McIntyre being Shield Bombed through an announce table, The Shield demonstrated the classic hits and showed how invested they were in what was possibly going to be their final time together.

In the end, a Rollins Superkick, Reigns Superman Punch, Ambrose Dirty Deeds and a Triple Powerbomb to Corbin confirmed an emphatic victory for the heroes. The emotional celebrations between the three heroes not only had the show end on a highlight, but was the beginning of the end, as Dean Ambrose left WWE just two months later.

Fastlane is an underrated PPV event that has grown from a poor relation to No Way Out into a reliable and exciting step on the road to WrestleMania. The previous years have demonstrated big moments and surprises in anticipation of WWE’s biggest show of the year, and this year is unlikely to be different. With another two night spectacle planned for WrestleMania 37, who will leave Fastlane with victory and momentum, which wrestlers will be left desperate for redemption, and which match will steal the night at Fastlane?

READ NEXT: 10 Best WWE Vengeance PPV Matches of All Time