10 Trope Bending Time Travel Books You Should Make Time For

Time travel can be just as subtle as anything else. 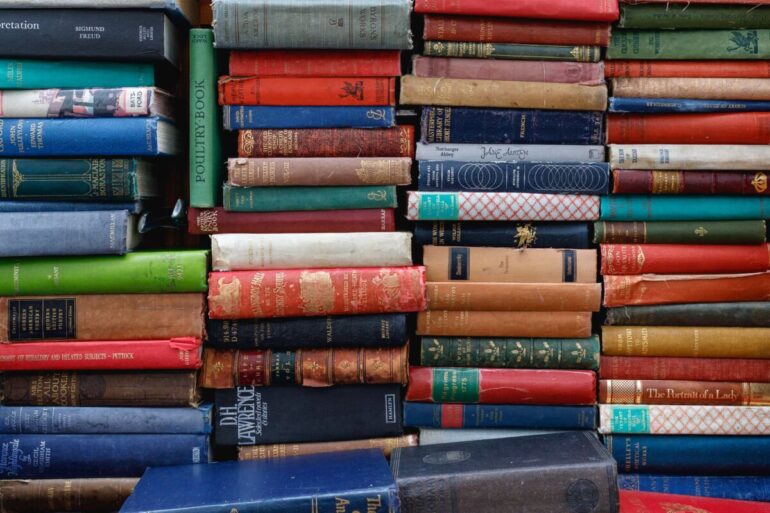 So lately I’ve been re-watching Star Trek: Voyager (the best Star Trek, don’t even argue with me), and immersing myself in that beloved sci-fi has started to bleed over into the books I’m choosing to read right now. Everyone knows the best sci-fi trope of all is time travel, so I thought I’d put together a list to share some of my favourite time-bending novels, and hype myself up for some of those on my TBR pile. Some of these are straight up time travel, and some of them mess with time in a more subtle way, but all of them are great.

Here are some of the best time travel books you should be reading.

We’re jumping right in with a modern classic time travel book, but if you haven’t experienced Butler’s work then do you even like sci-fi?

Dana, a young woman in 1970s California, finds herself thrown 150 years back into the pre-civil war USA, where she saves the life of a young white boy, Rufus. She is connected to Rufus, through time, and goes on to watch him grow through multiple time travel episodes. Kindred is more than a time travel story; it examines the African-American experience, and the wounds that have never healed. It is a seriously important book.

The best thing about Matt Haig’s novels are that you never know quite what you’re going to get. I’d go so far as to call him a master of speculative fiction. In How To Stop Time, Tom Hazard is a teacher with a secret; he’s been alive for hundreds of years.

He’s done it all, hanging out with everyone from Shakespeare to Captain Cook, and now he’s just tired. When he falls in love with a French teacher at his school, he has to decide just how he’s going to go about getting himself an ordinary life.

3. The Map of Salt and Stars by Zeyn Joukhadar

This is a story about two young women’s lives, and how they parallel one another, and intertwine, across the span of eight hundred years. In 2011, Nour has moved to Syria with her mother and her sisters, to be nearer to family after the death of her father. But Syria is not the country that her mother remembers, and they are forced to flee across countries.

In the 1200s, Rawiya disguises herself as a boy and joins a map-maker on a journey that follows the same path as Nour’s. This is a vivid book that puts the Syrian conflict, and the refugee experience, front and centre.

4. Oona Out Of Order– Margarita Montimore

On the eve of her nineteenth birthday, Oona Lockhart is catapulted into the future (aged 51), where she finds out that she will leap to a different age on her birthday, forwards or backwards in time. So begins the rest of her life, in which Oona has the tricky task of navigating any random age that comes up, with the setback of not having had the necessary life experiences in the right order.

People have been raving about Montimore’s debut, calling it intelligent and provocative, and I am looking forward to checking this time travel book out.

If I Wake is a heart-breaking YA magical realism novel, one which I’d recommend you check out reviews for before you read it. If suicide, or severe bullying is a trigger for you, then you should know what is coming.

Lucy is a bullied teenager who only finds peace in her dreams, where she jumps throughout history with her best friend, Will. When the bullying becomes too much for Lucy and she attempts suicide, leaving her in a coma, Will is the only one who can reach her. Moyes has created a very sensitive and important portrayal of a teen in crisis.

6. The Heavens by Sandra Newman

Set in New York at the turn of the millennium, Ben meets Kate. Their world is very similar to ours, but just a little bit better – there’s a Green Party president, for example. But Kate is a woman who is living another life in her dreams, as an Elizabethan named Emilia. Every time Kate wakes from her dream, the modern world has changed just a little bit – often for the worse.

As the dreams become more real, Ben worries that Kate is losing her grip on reality. I love a time travel book about consequences, and The Heavens is absolutely one of those.

Lauren Pailing is thirteen years old the first time that she dies and wakes up in a new version of her life, slightly different to the last. As her life splinters more, the one connecting thread is the disappearance of a man named Peter Stanning. The mystery of that helps Lauren to cope.

This is a time travel novel with more than a touch of the multiverse too, which makes for a fascinating read. But it is also a book about grief, and that might be the prevailing takeaway readers go with once they’re finished. This is a unique and oftentimes painful story.

8. One Day All This Will Be Yours – Adrian Tchaikovsky

I reviewed this book a few months ago, and I still wake up sometimes thinking about it, because the concept just tickled me so much.

The last survivor of the Time War lives at the end of time, and spends all of his days on his idyllic farm making sure that any time travellers who venture to his end of the timeline do not make it back again to help start the war all over again. I loved the matter-of-fact voice and dry humour of our unnamed narrator, and how much fun he had hopping through time whenever it suited him. If you want time travel to be fun, read this book.

If you were living under a rock in 2018, you might have missed this novel, which was one of those massively successful debuts that come along and rock the book world every so often.

Aiden Bishop is trying to solve the murder of Evelyn Hardcastle, except every time she dies, the day starts again, and Aiden is trapped in the body of a different guest at Blackheath Manor. I could try to describe this book to you, but honestly you just need to go ahead and read it. It is mind-bendingly clever, so intricate and carefully plotted, that a hundred words could never do it justice.

10. How To Live Safely In A Science Fictional Universe – Charles Yu

This is easily the most sci-fi book on the list; Yu is an author who seriously understands the science part of science-fiction. Our main character, also called Charles Yu, is a time-travel technician who spends his time fixing other people’s attempts to change the past, and trying to find out where his missing father might have ended up after his own time-travel mishap.

If you like Jasper Fforde’s Thursday Next series – especially how meta and self-aware it is – then the chances are that you will also like this book. We love a smart, sharp novel.

READ NEXT: 7 YA Books In Verse You Should Read