Oscars Special: The Best of the Best Pictures 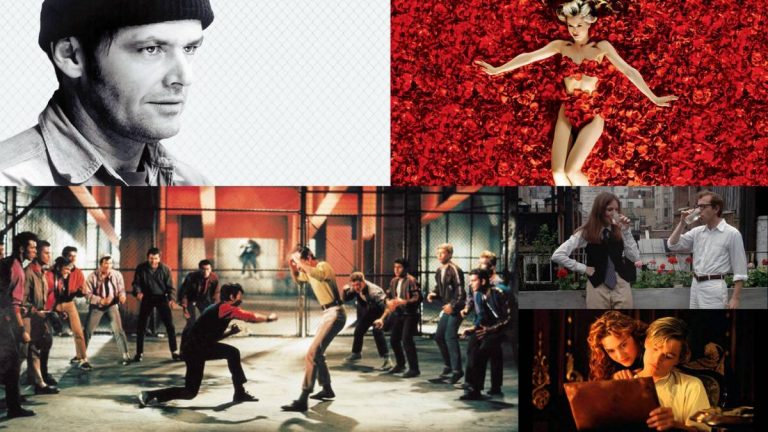 There were moments during my Best Picture challenge, that I seriously considered throwing in the towel. I struggled through dozens of old movies so heinously long that they force you to watch an intermission halfway through. I would sit, scarcely awake, with my head propped up by my elbow, staring at a blank screen while a jagged chorus of the film’s theme danced around my living room. It wasn’t pleasant.

Then there were those marvellous cinematic pearls that deeply resounded with me, that elicited visceral responses and served up great platters of food for thought. Without further ado, here are five such films: my top picks of the Best Picture winners.

This is, without a shadow of a doubt, the best musical of all time. And, with ten Oscars, it still holds the record for most Academy Awards won by a movie musical. Directors Robert Wise and Jerome Robbins transpose a contemporary Romeo and Juliet to downtown Manhattan, chartering the delicate romance between Maria (Natalie Wood) and Tony (Richard Beymer) tangled up in the feud raging between the Jets (Americans) and Sharks (Puerto Ricans).

For a Hollywood film, West Side Story

is remarkably avant-garde, particularly in its presentation of Maria and Tony’s courtship. When their eyes first meet across the dance floor, the riotous mambo is replaced with a pizzicato rendition of Maria and the city hall is transformed into a black soundstage with cascading red and green lights. The balcony scene is similarly revitalised and shot with varying focal lengths against a grungy fire escape. It’s magical.

The soundtrack – featuring lyrics by the one and only Stephen Sondheim – is unparalleled, with classic after classic from America to Somewhere to I Feel Pretty. Overall, it’s West Side Story’s biting social commentary that is most compelling. The movie communicates the dangers of gang culture through modern dance and condemns the rampant xenophobia in the NYPD. Steven Spielberg has recently expressed his intentions to remake the film. He really shouldn’t. You can’t improve on perfection.

The psychiatric hospital has always been something of a creative playground for artists. Just look at The Bell Jar, Disturbing the Peace or Girl, Interrupted. Controversially adapted from Ken Kesey’s brilliant novel, One Flew Over the Cuckoo’s Nest

follows McMurphy (Jack Nicholson), who agrees to serve his jail sentence for statutory rape in a mental institution to avoid the hard labour required in prison.

He soon establishes himself as the patients’ troublemaking ringleader, continually locking horns with Nurse Ratched (Louise Fletcher), the ostensibly placid but deeply manipulative head nurse of the Salem State Hospital. One Flew Over the Cuckoo’s Nest – the second film to win the coveted Academy Award Big Five – is a beautifully scripted, incredibly moving drama. McMurphy steals the show, giving Jack Nicholson the chance to deliver some of his best work as he noisily tumbles the ward’s status quo with anti-establishment flair. The protagonist’s narrative arc draws parallels with Shakespeare’s Danish prince, as both he and Hamlet oscillate between feigning madness and succumbing to it.

One Flew Over the Cuckoo’s Nest is a combative and inspiring work of genius: one of the greats of American cinema.

Whatever you may think about his personal life, Woody Allen is a genius. Fact. As the writer, director and star of his movies, he is the ultimate auteur.

Annie Hall is the filmmaker’s chef-d’oeuvre, a self-reflexive romantic comedy that episodically tracks the crumbling romance between two neurotics: Alvy (Woody Allen) and Annie (Diane Keaton). The film marked a new phase for Allen: a transition from screwball humour to more dramatic comedy. Having said that, Annie Hall is punctuated with face-crinkling laughs and was recently named cinema’s funniest screenplay by the Writers’ Guild of America.

What separates this movie from others of its genre is its use of distanciation techniques. It’s fair to say that mainstream audiences in the 70s – Ingmar Bergman and Jean-Luc Godard fans aside – were unlikely to have seen such experimentalism before. Allen repeatedly hammers away at the fourth wall, whether he’s producing media theorist Marshall McLuhan to win arguments, resorting to subtitles to reveal his protagonists’ thoughts or flattening his characters into cartoons. He borrows from his European predecessors to challenge the limits of film as a medium, which may go some way to explaining why Allen’s popularity is much greater across the Atlantic. To quote Alvy, love is too weak a word for what I feel for Annie Hall

. I lurve it, you know? I loave it. I luff it. It’s everyone’s favourite Woody Allen film for a reason.

My nearest and dearest implored me not to include Titanic in this list but I had to do (EDITOR’S NOTE: no Lord of the Rings, but Titanic?!). I may lose my credibility as a film critic, but I’ll never let go.

We all know the story of the RMS Titanic’s doomed maiden voyage. And yet James Cameron’s fictional romance between liberated artist Jack Dawson (Leonardo DiCaprio) and feisty aristocrat Rose DeWitt Bukater (Kate Winslet) encouraged a whole new generation to empathise with this disastrous human tragedy. The care Cameron took to achieve historical accuracy is mind-blowing. Watch the bonus features on the four-disc special edition if you don’t believe me. Throughout the shoot he had an etiquette coach on standby to teach his cast the manners of the 1912 gentility. He built the starboard side of the Titanic then had to reverse all of the footage from the opening scene in Southampton because the ship actually departed from the port side. Just wow.

It’s the chemistry between Kate and Leo that does it for me. You know that bit during the nude sketching when he goes, “Over on the, uh, bed, the couch”? That wasn’t scripted that was for real. I know. Please get married and have babies. Clearly I’m not the only one who thinks this. All of the DiCaprio-Winslet love on show now both actors are working the 2016 awards circuit has received frenzied attention from the media. Did you see this adorable hug at the SAGS? Or even how Winslet’s been so excited about DiCaprio’s recent winning streak that she disregarded her own nominations? It’s what the people want. Many disrespect my love for Titanic, but basically everyone has seen it. It was the first movie to earn over a billion dollars, plus, with eleven Oscars, it’s in a three-way tie for the most Academy Awards ever won by a film. So there.

Sam Mendes is fascinated with the precarious happiness of the American middle classes, and has earned quite a reputation for deconstructing conventional domesticity onscreen (Revolutionary Road, Away We Go…). American Beauty

– the director’s cinematic debut – is his best tale of suburban malaise. With a playful dash of dark humour, the film masterfully denudes the artificiality of social airs and graces, the follies of materialism and the loneliness of existence.

It tells the story of Lester Burnham (Kevin Spacey), a middle-aged advertising executive with a troubled home life who forms a Lolita-esque infatuation for his daughter’s school friend, Angela (Mena Suvari). The cinematography in American Beauty is gorgeous. It’s characterised by a strong recurrence of crimson (as seen in the omnipresent rose petals, spilled blood and the Burnhams’ scarlet front door) and an abundance of triadic repetitions from the camera. Perhaps the most iconic scene is the home video footage of a discarded plastic bag floating merrily on the breeze, accompanied by the tinkling piano of Thomas Newman’s universally recognisable score. At once hilarious and poignant, American Beauty is a remarkably special motion picture.

There you have it. Who will win at the Oscars this year? Leonardo DiCaprio. Who else? Doesn’t matter. Despite the merits of Spotlight and The Big Short, I’m wholeheartedly backing The Revenant for Best Picture come 28th February. Time will tell.