Home
Movies
10 Best Movies of 1974 You Should Watch
Movies

Dust off the old Connect Four, put on your best leisure suit and grab a big handful of that stovetop popcorn. 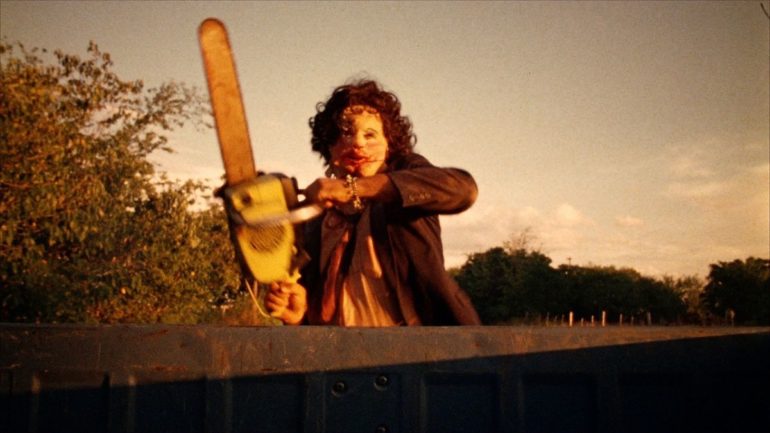 Every year has its ups and downs and 1974 proved to be no different. Richard Nixon resigns and — about a month later — is pardoned by Gerald Ford. Patty Hearst is kidnapped by the Symbionese Liberation Army, Ted Bundy begins (or continues) his killing spree, Cher files for divorce from Sonny, and Muhammad Ali defeats then-undefeated George Foreman for the heavyweight title. It’s also the year of memorable shows like Happy Days and Little House on the Prairie, and some seemingly lesser known shows like Shazam!. 45 years later, some of this is relevant again and some of it, like the movies you’ll find listed below, have never really strayed too far away from public interest.

The narrative jumps between events that happened prior to the 1972 original and what Michael, Vito’s son is going through showing differences and similarities between a father and son at the same age. It is arguably superior to the original, primarily for its cinematography, acting and amazing narrative.

The movie feels like a “The Rise and Fall of” story as it juxtaposes Vito’s ambitious evolution to feared and revered Don, to Michael’s inability to effectively carry on his father’s legacy in a way Vito would have surely demanded of his youngest.

Perhaps producer Irwin Allen’s best work in the disaster genre from the 1970s, The Towering Inferno is a beautifully shot masterpiece that features Steve McQueen, Paul Newman, Fred Astaire, Faye Dunaway, Jennifer Jones and several other popular names from the time. It’s a combination of The Glass Inferno by Thomas N. Scortia and Frank M. Robison, and The Tower by Richard Martin Stern.

The pacing is great, the acting is convincing and it’s a surprisingly suspenseful film. There’s a lot of dramatics and almost enough fire and explosions to make Michael Bay fans jump for joy. It’s certainly worth a viewing or two.

Mel Brooks parodying westerns and filling it with plenty of anachronisms and off-the-wall remarks? Yes, please.

Blazing Saddles is co-written by Mel Brooks, Richard Pryor, Andrew Bergman, Norman Steinberg and Al Uger, and stars Cleavon Little, Harvey Korman, Dom Deluise, Madeline Kahn and the incomparable Gene Wilder. Mel Brooks typically had final cut and so, despite the studio’s concern with potential backlash, he managed to get the film released and it soon became a hit.

The film is not meant to be taken seriously, as its raunchy obnoxiousness is designed merely to inspire and generate laughs from an audience in a way very few modern parodies/comedies effectively succeed in.

4. The Taking of Pelham One Two Three

Like most of the titles on these 70s lists, this is a screen adaptation of a novel released just a year prior.

The Taking of Pelham One Two Three stars Robert Shaw, Walter Matthau, Héctor Elizondo and Martin Balsam, and takes place during a hijack on a train in New York City. Like most capers, the hijackers demand a specific amount of money — in this case, $1 million — and give them a time by which to make it happen, and should the authorities fail, they’ll begin murdering the passengers.

It might not sound too appealing this day in age, as we’ve seen this kind of film play out over and over and over again. However, what truly makes this film work, apart from some terrific performances, is David Shire’s intensely overwhelming score composition.

Just the thought of someone climbing up a trellis and sneaking into an upstairs window is creepy enough, but imagine how stressful it is not being able to tell someone there’s somebody in their house. Even though we mostly know where the killer is, we never get to see his face, which adds to the creepiness factor.

The film takes place in a sorority house just before the young women leave for Christmas break. The few stragglers become concerned as the father of one of their sorority sisters informs them he can’t find her. It’s loaded with suspense from some fun performances and Bob Clark’s directing is the icing on the cake.

31 years before the Adam Sandler remake, Burt Reynolds starred as Paul Crewe: a once beloved football quarterback who lost his way after he’s been accused of throwing a game by point shaving. The warden forcefully persuades Paul to train and lead a team of inmates against a team of prison guards. As with everything, this would prove to be no easy feat, but rewarding, nonetheless.

The movie manages to walk a fine line between comedic sports film and prison drama, with Burt Reynolds well cast as the lead. The funniest thing about it is most people root for the inmates rather than the guards, because the guards are almost as bad as the inmates.

The first (and best) Death Wish in this 3-decade spanning franchise is, by far, one of the best revenge stories told.

While the real death wish seemed to be making 5 of these films, not including that Bruce Willis remake, what’s most memorable and enduring about the franchise is Charles Bronson’s stellar performance as an angry, grief-stricken husband and father. He sets out to clean up the streets and as much as you may worry about Paul, you hope someone gets in his way.

The ruthless, realistic depiction of violence is still uncomfortable, even by today’s standards, so imagine how disturbing it was in 1974 with the rate of crimes incrementally increasing. I believe movies like these made audiences think twice about keeping their doors unlocked.

Chinatown is a noir film starring Faye Dunaway and Jack Nicholson as private investigator Jake Gittes. He’s hired to follow a man, expecting the case to be the typical, run-of-the-mill kind he’s used to. I won’t say anything more about the plot, in fear of giving away some of the film’s twists, but it’s one of the best films of its kind and is as dazzling as it is thought provoking. The directing, its screenplay, and acting — all of it. Even the score was nominated for a couple awards.

Chinatown doesn’t necessarily redefine the film noir style of filmmaking, but it’s a remarkable contribution and seems to be a tribute to some of the better noir films released between the 1920s and 1950s.

Mel Brook’s hilarious black-and-white parody of Frankenstein is as raunchy and as wild as it is masterfully done. It features Gene Wilder in perhaps his most rambunctious role, Frederick Frankenstein: A doctor whose grandfather is Victor Frankenstein. He inherits his great-grandfather’s property and, before long, starts following in Victor’s footsteps of reanimating humans.

Sally, played by Marilyn Burns, takes her brother on a trip with their friends to their grandfather’s grave and then their old farmhouse. It’s horrifyingly realistic and Tobe Hooper’s experience with documentaries greatly contributes to that effect.

The movie itself is not as gory as some are led to believe, but it’s suspenseful and would disturb anyone daring to watch it. The best performances are from Gunnar Hansen, who plays Leatherface, and Marilyn Burns as the tortured, wide-eyed lead.

Well, there you have it: a look at the year that was 1974. How many of these movies have you seen?