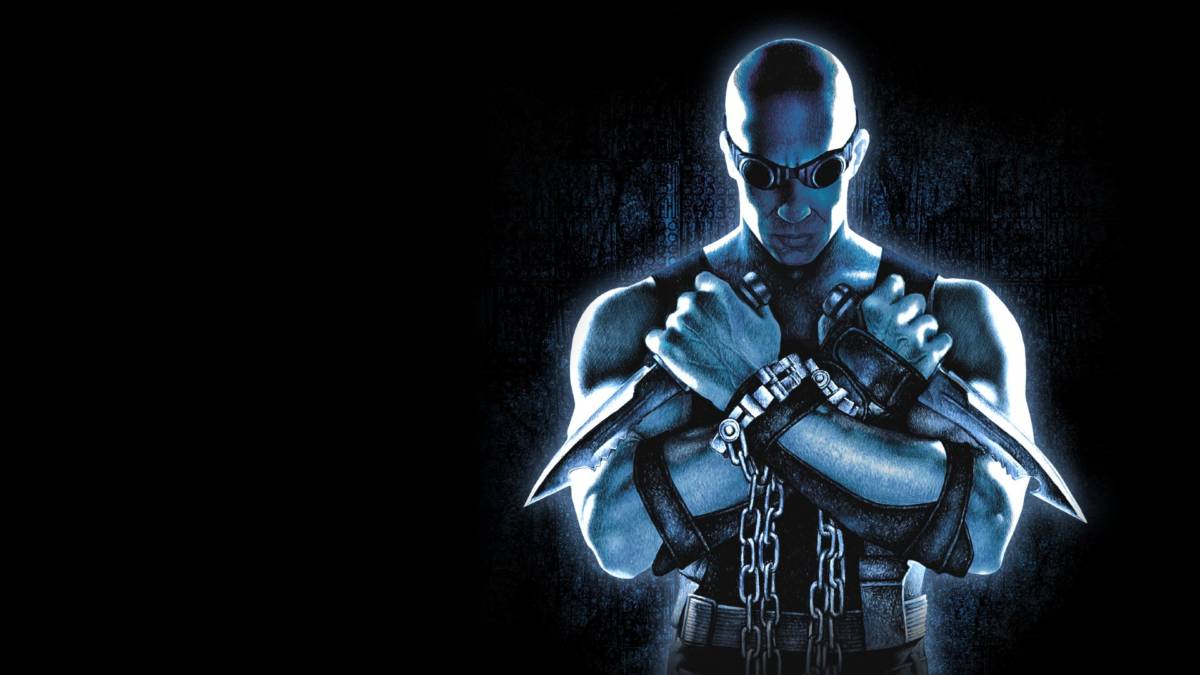 Pretty much since there has been video games, there have been adaptations of popular movies. Most of these turned out to be a total waste of time at best and at worst, head-smashingly awful. That being said, let’s look at some of the best.

There have been at least two games based on the movie, with one appearing on home computers in the mid-80s. The game I am referring to, however, is the 1997 version. Following Blade Runner’s director’s cut, the game found a whole new audience and this likely led to the development of this title — I bought it on release day and loved it. A fantastic point and click title that many would argue tried to do too much, it kept the aesthetic and style close to the movie, while telling an entirely new story alongside the original movie’s events. Blade Runner is sadly not available in any way for modern devices, so the only way is to buy a copy and find a patch for modern
PCs.

Tron was another 80s movie which time had been kind to, and even though it received a mixed response at release, the 90s people were speaking about it being ahead of its time. But before Disney released Tron Legacy and killed off all that goodwill by making it wonderfully meh, there was another sequel: Tron 2.0. Tron 2.0 was a love letter to all things Tron and updated the classic style, 90’s FPS veterans Monolith Productions created the world with great care and attention and the game had a new lightcycle added to it designed by none other than Syd Mead himself. Sadly, with the release of Tron Legacy, 2.0 was declared non-canon despite supposedly being the real sequel to the original Tron.

The Chronicles of Riddick: Escape From Butcher Bay

I have an admission to make at this point: I am not a fan of Escape from Butcher Bay. I know, I know. Possible the best movie tie in of all time you say, I’m sure it is. People adored this game back in the noughties, but I never really got into it. Still, it is remembered fondly by many and for many years was the benchmark for movie video games. The game was so good as it represented what some might describe as the pinnacle of two genres, the FPS and the stealth game. Butcher Bay also received an HD remake and was bundled with the sequel, Assault on Dark Athena, which also recieved strong reviews.

So you want to make a spiritual sequel to Ghostbusters 2 featuring the original cast? Where do we sign up? This game seemingly came into development in an usual fashion. A small European developer called ZootFly uploaded footage of an unsanctioned Ghostbusters game for the 360. The footage attracted a ton of attention, but was then taken down after a claim by Sony. The reaction from the gaming public meant that a Ghostbusters might make some money, and before long this game went into production. The whole crew is back (mostly) and the game looks and sounds the part, even if Bill Murray sometimes sounds like he’d rather be elsewhere. Ghostbusters received mixed to good reviews, with many complaining about the length of the game, but personally I feel Ghostbusters is a nostalgia trip that is all about quality, not quantity. If you want to play at being a Ghostbuster, this is your game. The Commodore 64 Ghostbusters game is pretty good too.

1992’s Aladdin solidified the House of Mouse as being the kings of animation once again. Action, adventure, comedy and romance are all doled out here in perfect portions to ensure that Aladdin was one of the best animations of the 90s and is possibly one of the best of all time. Its songs are still instantly recognisable to this day, it’ll be interesting to see if the live action adaptation can live up to this classic. And, as it would turn out, its SNES and Mega Drive incarnations would turn out to become classics of the 16-bit era as well. Near perfect platforming action and difficult to boot, I still am not sure what to do on that magic carpet level. The SNES and Mega Drive versions are different but share the same quality, the main difference being that Alladin uses a sword in the MD version, but Nintendo wouldn’t allow it for the SNES.

The Thing is a fantastic movie and my favourite work of John Carpenter, but it doesn’t exactly scream ‘video game adaptation’. If it were adapted today, I can imagine it being an Until Dawn style cinematic experience filled with tension. However this game was released back in 2002 (really? 16 years ago?) and took the genre of third-person action adventure. Despite this, the game was immensely enjoyable and while it lacked the tension of the movie, it managed to create a different type of tension as you struggled to survive against hordes of monsters in the Antarctic — it felt like the lovechild of Resident Evil and Half-Life and that’s not a bad thing. Endorsed by Carpenter himself (who also cameoed), it acted as a sequel to the movie and confirmed that somehow, MacReady survived the finale of the movie.

Remember all those classic James Bond games? Me neither. A smooth spy, loads of gadgets and varied locales are the very things that would make up great games, so it’s surprising then that Bond hasn’t really got any. Aside from this beast of a game, of course. To be honest, I never really liked Goldeneye, not because I didn’t like the game, but because I always got awful motion sickness from it for some reason. I tried playing this recently to see if it had subsided — it hadn’t. And FPS fans will probably play this classic today and wonder what all the fuss was about. FPS games were not overly common on consoles due to the difficult of making a full 3D FPS work. Sure, we had Doom on both the SNES and N64, but it wasn’t until we had the N64’s analogue stick alongside the likes of Turok and Goldeneye that planted the seeds for the console FPS revolution. Also, thinking back, it was hilarious watching my friends try and get used to a 3D FPS game back in the 90s. Why could I not run without looking at the sky?

There are many games that could go on for Star Wars, it’s had some great games, plus many stinkers (Masters of the Teras Kasi, anyone?), but I have not chosen Knights of the Old Republic, nor Super Star Wars or X-Wing vs Tie Fighter. I have chosen Star Wars. The original game, firstly as an arcade title and then released for the home. I first played this on my Amstrad and loved it, still do. It was the first game that ever drew me into its world, piloting an X-Wing pilot and assaulting the Death Star. The game used wireframe vector graphics to simulate 3D objects, similar to Elite. The game featured three levels. Firstly, battle Tie Fighters above the Death Star, then skim across the Death Star’s surface to destroy towers, then finally into the trench to destroy more turrets and blast that damned exhaust port. I loved this game, and I always will. I destroyed the Death Star!

Now here is the game which should have revolutionised the FPS genre on consoles, but sadly so few people remember it. Based upon the godawful movie of the same name which actually made Alien 3 look decent, Alien Resurrection was a first-person shooter, but it was slightly different to any other FPS’ on the Playstation at that time. Firstly, you could only play the game with Sony’s new DualShock controller, which featured dual analog sticks and rumble functionality. Resurrection required this controller because it did something revolutionary, get this: the left analogue stick was used for movement, and the right analog stick for looking around! Amazing right? No impressed? Maybe not by today’s standards, but Alien Resurrection was the first game to use this method to my knowledge. The game was great but polarizing, analogue sticks were fairly new, and I recall being rather against being forced to use them instead of the D-pad in my youth. This was reflected in some reviews, for instance GameSpot said:

“The game’s control setup is its most terrifying element. The left analogue stick moves you forward, back and strafes right and left, while the right analog stick turns you and can be used to look up and down…almost unplayably difficult to control and unreasonably hard to enjoy.”

This review is now frequently mocked for its lambasting of what is the most common control scheme today, but it does really show how fast the video game industry moves.

Okay, I struggled with a game to finish this list off, since the Alien franchise has spawned so many great games I thought I’d quickly run down the best. Most recently we had Alien Isolation, a first-person inspired horror game which saw you generally helpless against the fearsome Alien — it’s the Alien A.I that really makes this game worth playing. Alien Trilogy is a run down of the first three Alien movies, an FPS that is fun and well worth playing, even if it looks a little tired by today’s standards. Alien 3 is a rock hard, 2D run and gun game seeing you battling hordes of Xenomorphs while saving prisoners.

Aliens was a bizarre first person game I played on the Amstrad CPC which saw you commanding a team of marines and was terrifying: oh no, here comes that thing that looks a bit like an Alien. Gave me nightmares. Aliens is also a 2D Final Fight style arcade brawler but with a bigger focus on long range weaponry, good fun, but hard and, strangely, had zombies. As for Alien vs Predator, we had the original FPS which I played on the Jaguar and was very good indeed. Also sharing the name was an arcade scrolling brawler which saw you take the of Predators or humans battling Xenomorphs on Earth. Alien vs Predator 2000 was also a solid entry to the FPS genre, bringing the series into full 3D for the first time. An interesting yet for otten title called Aliens Versus Predator: Extinction released for the Xbox back in 2003 and was a reasonable, but flawed RTS.

Want more lists like these? We have some games we want to see turned into Netflix shows, some of the worst video game adaptations to hit the big screen, and if you want something completely different, don’t miss out on the biggest upcoming games of 2018.