The MCU has changed the game for Marvel, even when it comes to their comics. 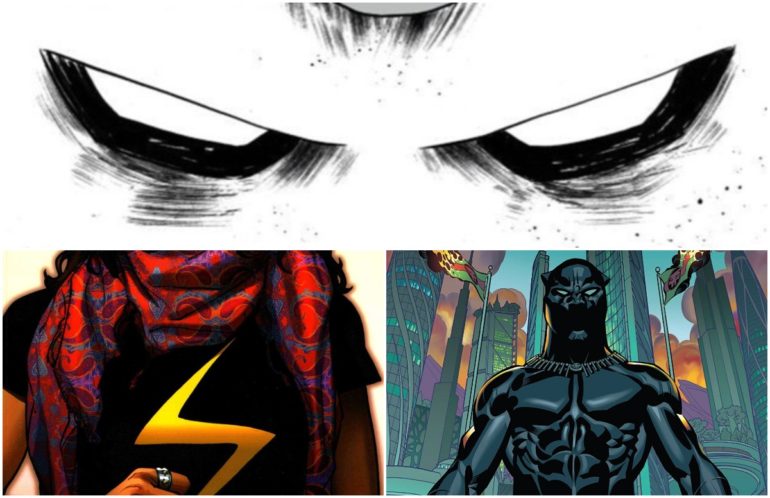 While Marvel Comics have always been mainstream, they reached new heights with the Marvel Cinematic Universe. Since the beginning of the decade, they had 21 films come out to commercial and critical success. Millions of people who haven’t heard of these characters, especially obscure ones like Ant-Man and the Guardians of the Galaxy, are now familiar with these common household names.

They also made huge headlines for a lot of their stories. There were character deaths with Spider-Man and Wolverine, Captain America temporarily turned into a Hydra agent, and “huge” events like Secret Wars and Spider-Verse kept readers interested. Unfortunately, one of the big headlines was the passing of the legendary Marvel creator, Stan Lee. His legacy for creating Spider-Man, the X-Men, Black Panther, and many more characters who have had a lasting impact on not just comics, but pop culture as well.

To celebrate the decade and Marvel Comics, we’re going to countdown the best Marvel Comics stories of the 2010s. 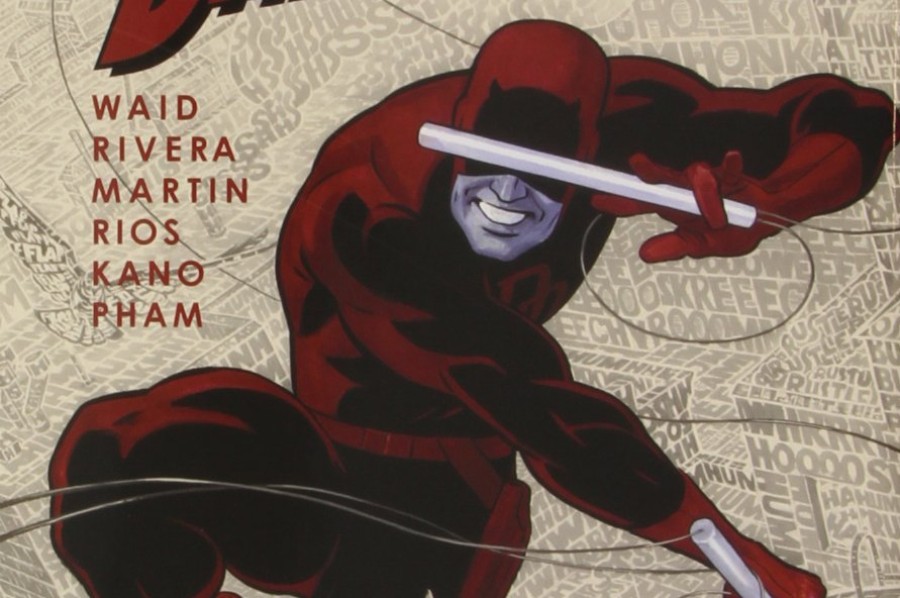 Since Frank Miller’s legendary run on Daredevil, the character has been associated with darkness and tragedy – not that it’s a bad quality as we’ve got some fantastic stories over the years. This what makes Mark Waid’s run stand out, as he turns Daredevil back into the swashbuckling vigilante of Hell’s Kitchen. The tone of the book is established in the first scene when Daredevil crashes a wedding to prevent a kidnapping. Daredevil fights against a trippy superhuman that can wrap between black spots, and the action just leaps off the page. It ends with Daredevil kissing the bride because her perfume is driving him crazy.

That energy lasts throughout the story as Matt Murdock gets to revel in this grinning-in-the-face- of-hell attitude that’s so charming and fun to read. Rivera and Martin bring out such warmth in their art. The bold colors blends in so nicely which makes it stand out without getting to be an eyesore. If you’re tired of brooding heroes, give Mark Waid’s run a well deserved chance. 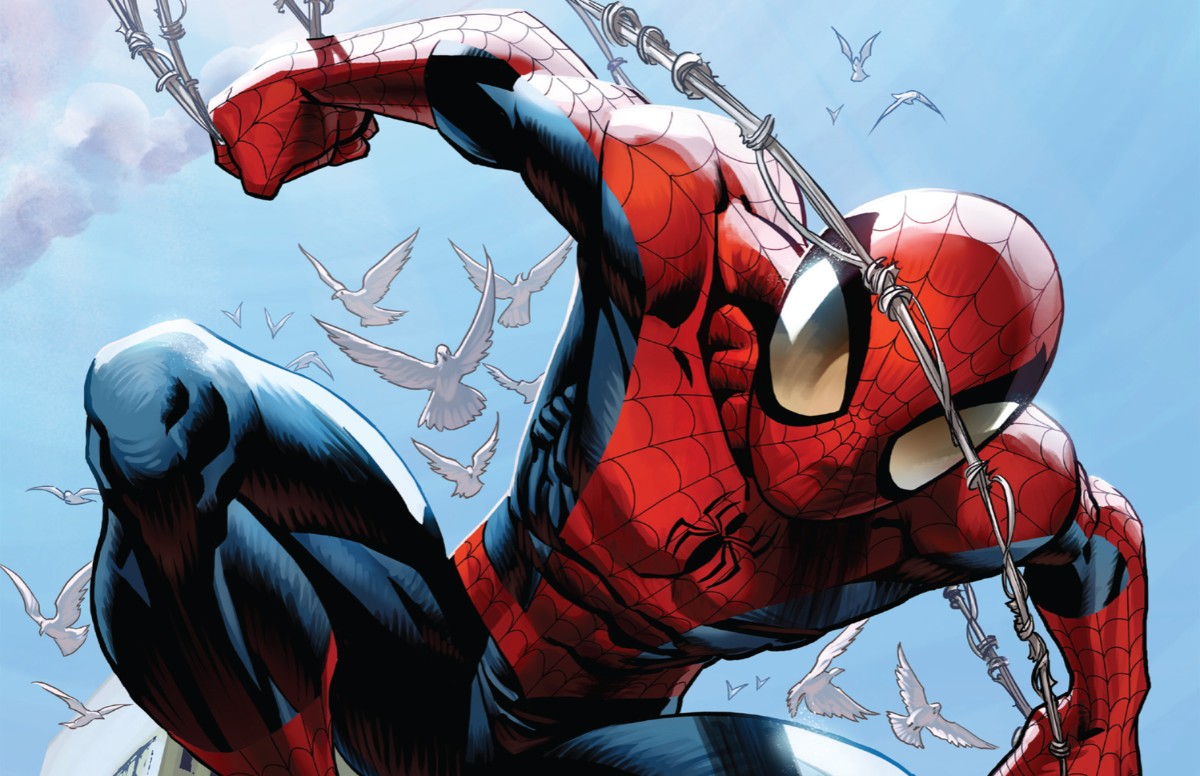 Brian Michael Bendis’s run on Ultimate Spider-Man might be one of the runs that have a great sense of finality. Since 2002, we’ve Peter Parker developed into Spider-Man and the struggle to balance his dual life. Then in 2011, they did the unthinkable, and killed off Spider-Man. The Death of Spider-Man centers around Norman Osborn breaking out of Triskelion and gathering the Sinister Six to kill Peter Parker.

It all culminates with the Green Goblin killing Peter as his family watches. Bendis gives not only the best moment of the story, but in the character’s history with Peter’s final words to Aunt May. He tells Aunt May that he couldn’t save Uncle Ben, but ‘at least I got to save you’. It’s equal parts heartbreaking and heartwarming because of his failure for Uncle Ben, but he personally gets his redemption by saving May. It’s a great ending for the Ultimate Spider-Man run that closes the chapter for our favorite web-slinger.

3. Hawkeye Vol. 1: My Life as a Weapon (2012): Written by Matt Fraction, Illustrated by David Aja and Javier Pulido 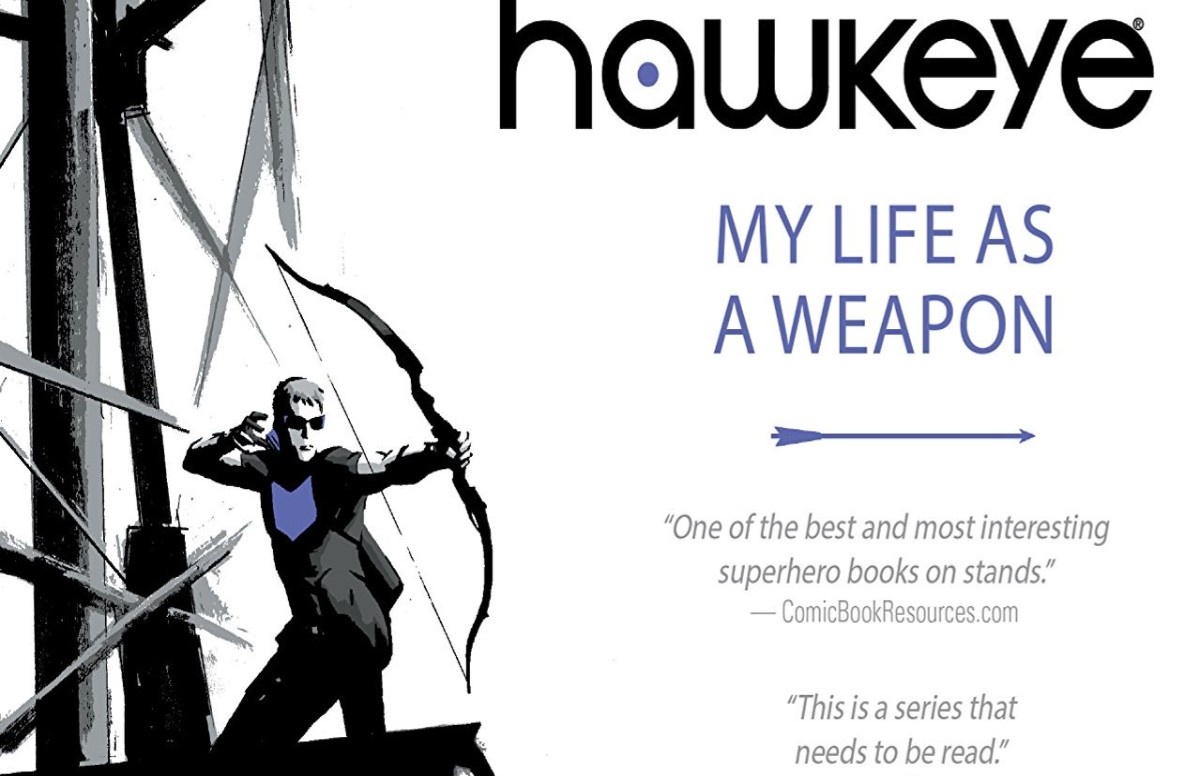 When the Avengers came out in 2012, many thought Hawkeye got shafted as he didn’t have a significant role. Any person who felt this opinion should definitely read Fraction’s run on Hawkeye. It perfectly represents the non-super superhero as someone who’s just trying to do the right thing. He’s not fighting supervillains, but mobsters and hitmen. This makes Hawkeye a perfect street-level hero as he’s trying to protect the neighborhood. The tenets in the neighborhood add so much character to this story and help him be a better man. The opening line, “Okay…This Looks Bad,” establishes that he’s vulnerable, and constantly making mistakes. Yet through his partner Kate Bishop, he tries to better himself even knowing the chips are down. If you still think Hawkeye is a boring character, you need to binge-read this story immediately. 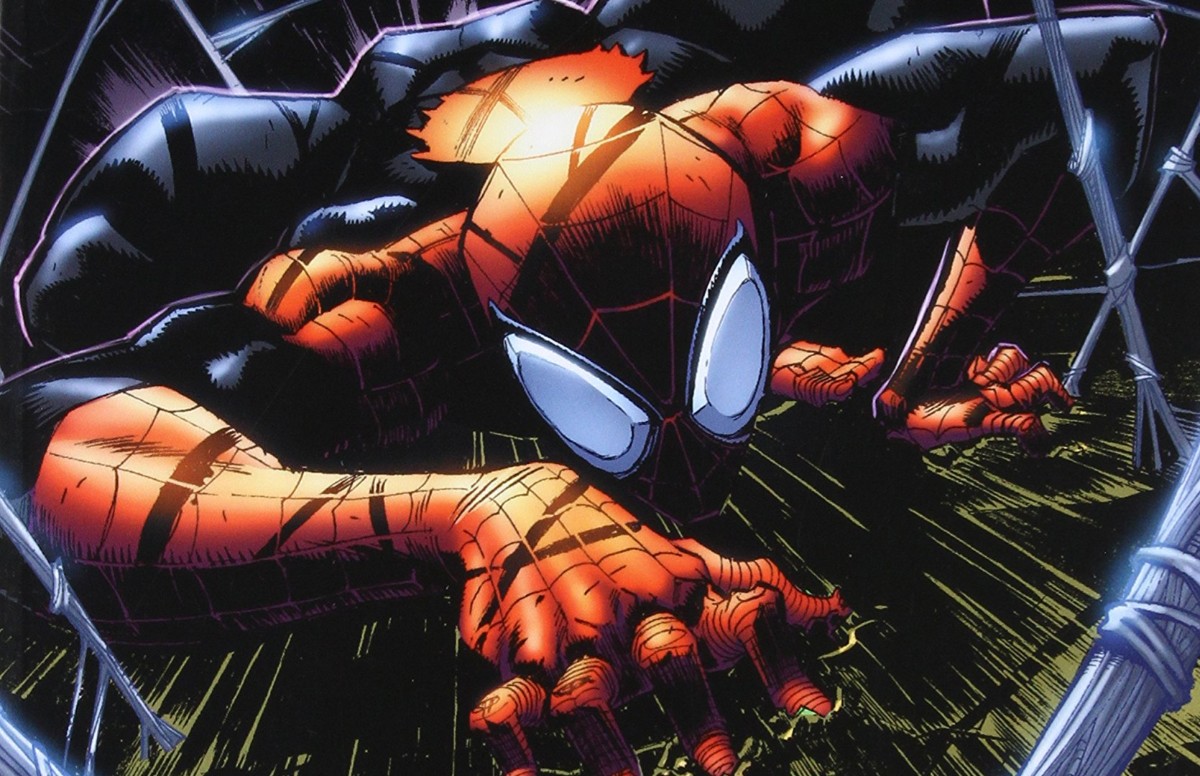 Marvel did the unthinkable in Amazing Spider-Man #700 when they killed off the main Peter Parker. Getting rid of someone from an alternative universe is one thing, but this was the main Spider-Man. That death was the result of a dying Doc Ock switching bodies with Peter in his final scheme. It works as Peter dies in Otto’s body, but it leads to Otto reforming due to Peter’s memories affecting him. Now he vows to become a better, more superior Spider-Man. It led to a massive backlash against Slott (which he didn’t deserve at all), but this change added such an interesting wrinkle in the Spider-Man mythos. Otto wants to be a hero and personally redeem himself by being a better Spider-Man. He discovers how much it takes to be Spider-Man, realizing that Peter must have been crazy for putting up with all this. It becomes a journey of an anti-hero that struggles to be a genuinely good man.

5. Deadpool Vol. 3: The Good, The Bad, and The Ugly (2013): Written by Gary Duggan and Brian Posehn, Illustrated by Scott Koblish and Declan Shalvey 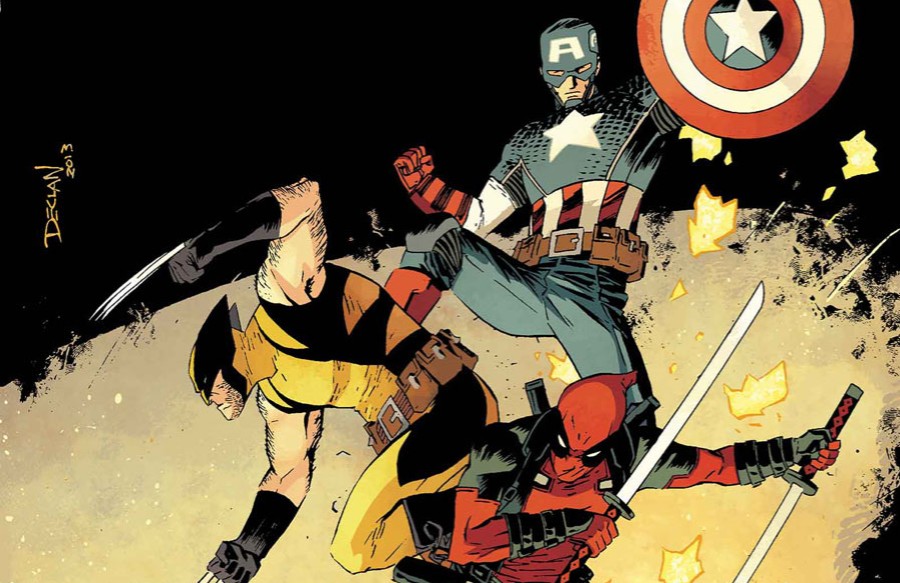 The Good, The Bad, and The Ugly features an element that we don’t see in Deadpool stories – sorrow. It follows Deadpool waking up to find that some of his organs have been taken. He teams up with Captain America and Wolverine to investigate why someone wants his organs. While the team up with Captain America and Wolverine seems a little out of left field, it makes sense as they’re all survivors of weapon programs that changed them.

All three have great chemistry as they can relate to being survivors. With them, you realize that Wade Wilson is more like a sad clown that needs to smile. There’s still plenty of action and the comedy that are often featured in Deadpool stories, but adding an element of sadness is a welcome addition. It helps balance out the craziness with someone like him. This volume also features a two-issue team-up story with Luke Cage and Iron Fist when Deadpool joins the Heroes for Hire. It’s hilarious as Deadpool jumps to the 70s as it’s a “forgotten story” that editors found. A story that’ll leave you crying hard with laughter and sorrow. 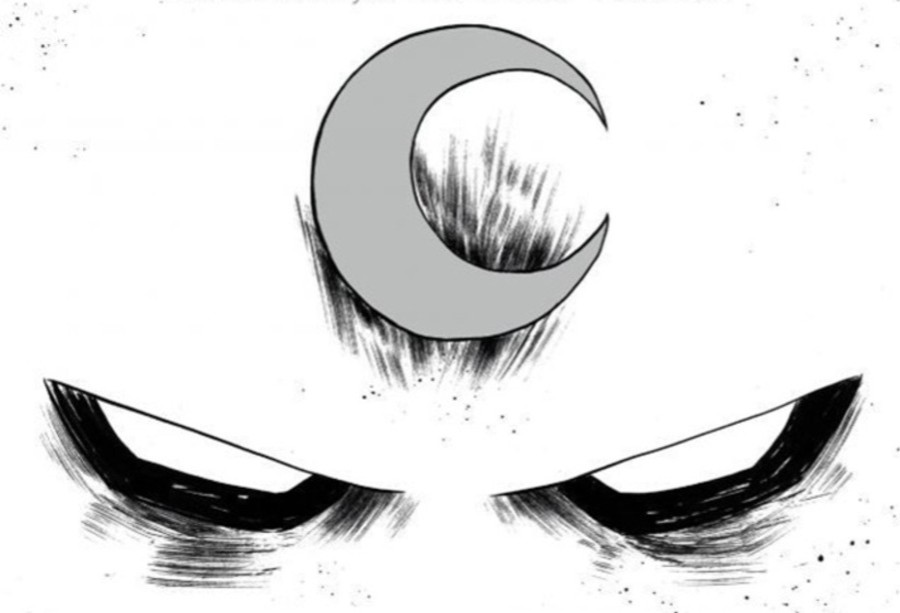 Moon Knight: From the Dead leaves them wanting more. Warren Ellis left after six issues, and if he had an extended run, we could have been talking about one of the best creators’ runs of the decade. For now, we’re left with his excellent work on Moon Knight, showcasing the bizarre insanity of Marc Spector. Moon Knight centers around Spector, a mercenary who died in front of the statue of the moon god Khonshu. He’s resurrected and fights crime in New York City. Thanks to the resurrection of Spector, he also develops dissociative personality disorder and now has four different personalities.

The design of one of Spector’s personalities, Mr. Knight, is stunning. It’s just an all-white suit and mask that sticks out like a sore thumb. Shalvey brings out this suaveness from Mr. Knight as he’s eloquently sitting in a limo or talking to detectives. Just like Spector’s alter egos, the tone is all over the place in the best way possible. One issue Moon Knight will be fighting over a dozen mob enforcers, while in the next, he’ll punch a ghost. It’s a beautiful mashup of darkness and insanity that makes Moon Knight shine bright. 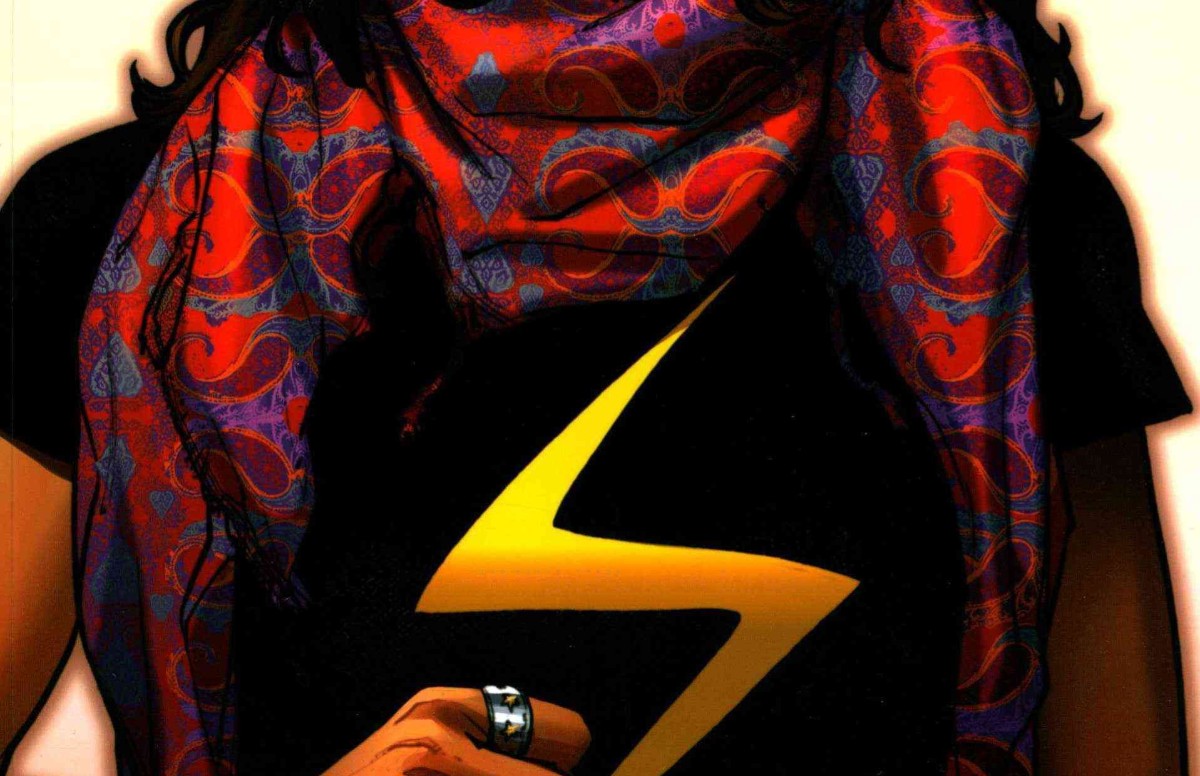 Kamala Khan feels like a fresh breath of air not only for Marvel but comics in general. She’s a teenage Muslim heroine that hails from Jersey City. The character offers a welcome change of diversity to comics as Ms. Marvel was one of the breakout hits of the decade. A character so popular that creator, Sana Amanat, presented a copy to President Obama in 2016. No Normal borrows that same ‘high schooler who discovers they have powers’ idea effectively well from Spider-Man. Usually, Kamala would draw fanart of the Avengers, and now she has the ability to extend her limbs and shapeshift. The joy and terror that Kamela faces as she discovers new things that her body can do is so much fun. The fact that she daydreams about being a superhero makes her relatable to any reader. A comic with this much cultural relevance deserves to be picked up. 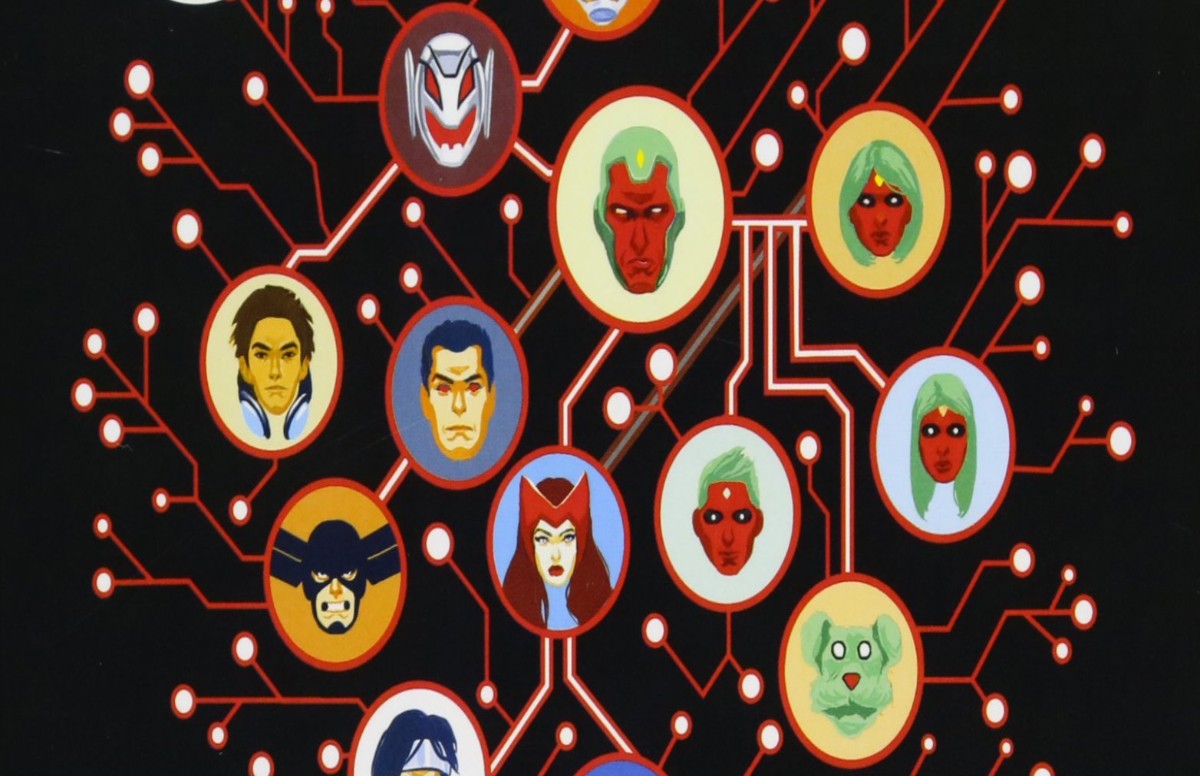 While Tom King can do beautiful things with A-List characters like Batman, his most famous work shines when he focuses a light on lesser known heroes. King does a tremendous job with Vision, his only work with Marvel so far. Vision is an android that was created by Ultron as a weapon, but instead turns good and fights alongside the Avengers. He struggles with what it means to be human so he decides to create his own android family. It’s a fascinating mix of comedy, tragedy, sci-fi horror, drama, and Leave it to Beaver type sitcom.

9. Black Panther Vol. 1: A Nation Under Our Feet (2016): Written by Ta-Nehisi Coates, Illustrated by Vrian Stelfreeze 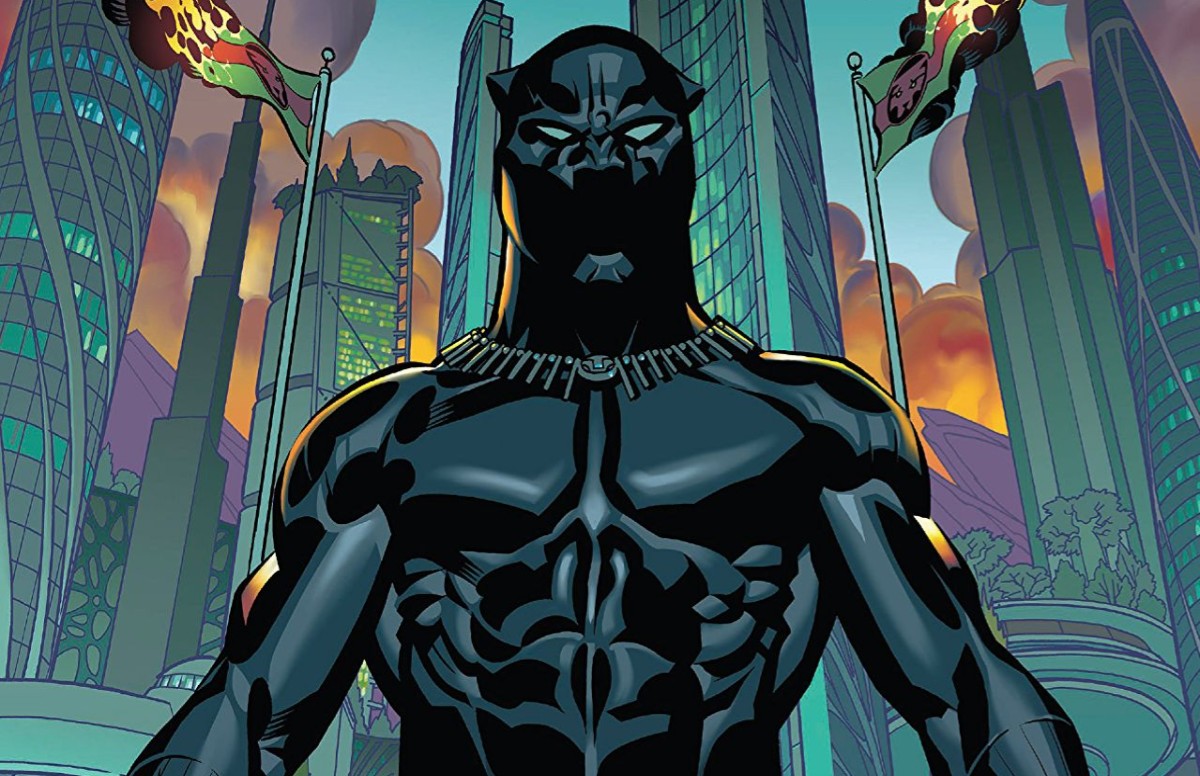 Black Panther is someone who has seen a dramatic increase of attention thanks to his appearance in the MCU films. It helped so much that issue one of Black Panther became the highest selling comic of 2016. With good reason too, because Coates’s run on Black Panther does a tremendous job of not only getting a better understanding of T’Challa but also of Wakanda.

A violent superhuman group called The People spark an uprising in Wakanda as T’Challa struggles to adapt and keep his nation from tearing itself apart. The political nature of this story really shines as you get to understand the dynamics of Wakanda. Ryan Coogler (director of Black Panther) seems to take a lot of inspiration from this story. The beauty from its character and location should make fans of the film sought out this amazing comic. 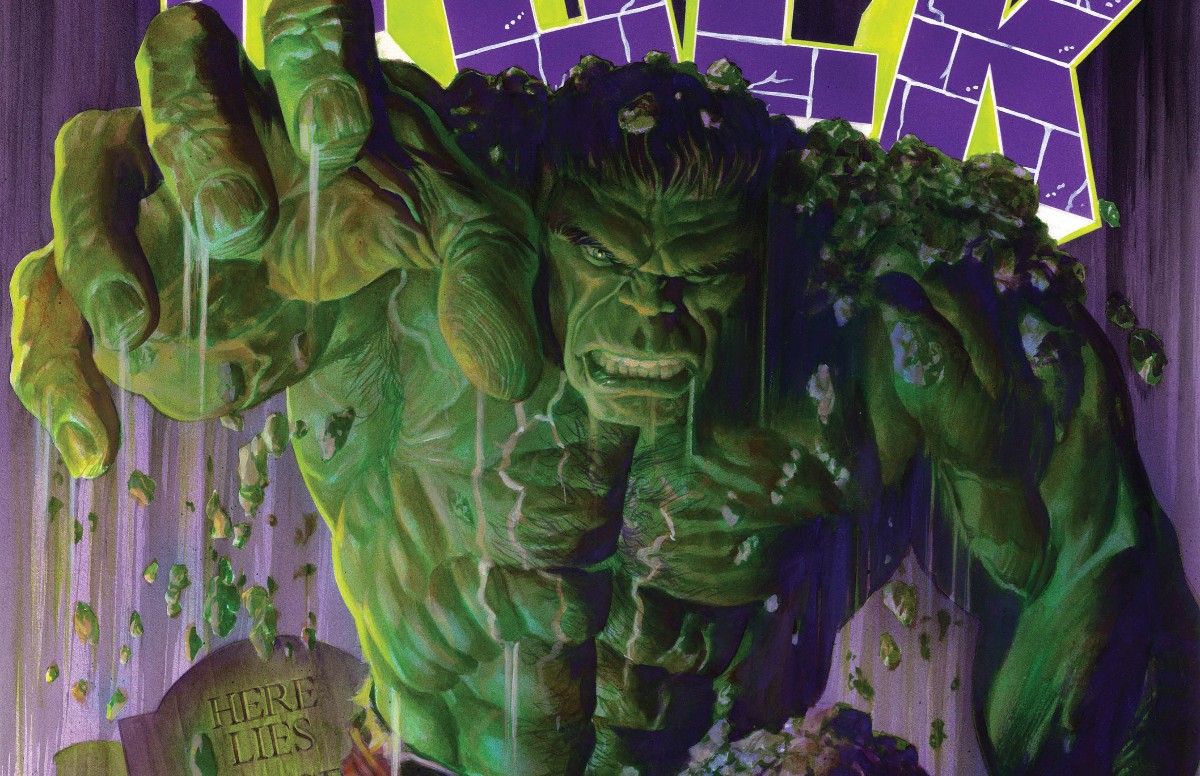 Immortal Hulk harkens back to the horror roots that Hulk was founded on. Instead of the mindless monster that most people associate with the Hulk, he’s given a dark sense of intelligence that makes him more of an anti-hero. When Hulk confronts someone, he doesn’t tear off their limbs, but instead buries them deep down in the ground where they can’t escape.

It adds a fascinating take on the Bruce Banner/Hulk dynamic as we discover that Hulk can’t die. Combined with the monster coming out at night and making Bruce wondering if he killed people or not, the storyline feels more like the 70s Incredible Hulk show as Bruce travels around in order to stay unknown from the world. A Hulk story that gives a whole new side to the classic character that will provide you with some serious chills.