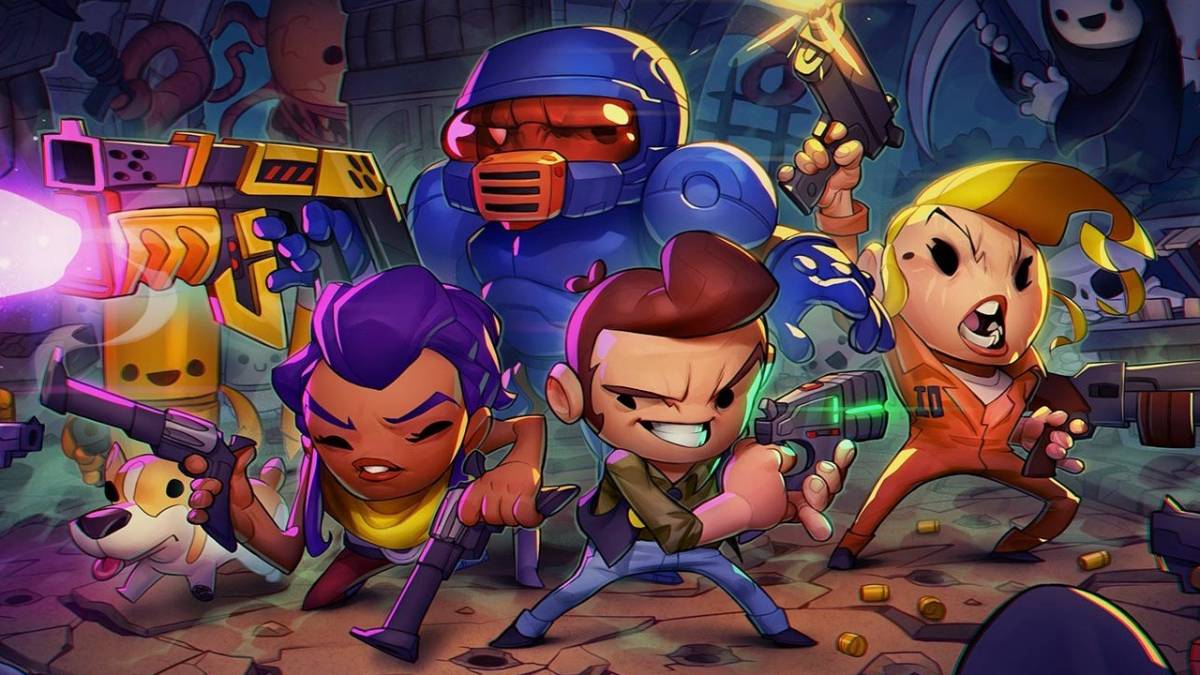 Usually, whenever I play a game that seems to hate the player, I call it quits very quickly. Not the case with Enter the Gungeon: a misanthropic but still hugely satisfying roguelike shooter.

Once you die, you die; that’s your lot. There are no respawns, no checkpoints, just you back at the start of the game after a few missteps too many. It’s similar to the Binding of Isaac, another unforgiving title, but whereas the grim nature of Isaac may have put some people off, Gungeon’s a much breezier and more charming affair.

Gungeon sees you fighting your way through dungeon after dungeon of well-designed enemies, though it has to be said that the weak grunts who take the form of bullets are probably the most likable. There’s something so sweet about seeing them try so hard to ruin your day and almost always failing, especially when you eventually get a handle of the game.

A game all about movement, Enter the Gungeon wants you using both sticks more than a DJ with attention issues at a turntable. Stand still for too long and you’re done for; you have to instead dodge and roll your way around, weaving in between bullets and avoiding many of the hazards the dungeons have in store. It demands your full attention, so Gungeon probably isn’t for you if you’re looking for a palate cleanser.

With four playable characters to pick from, you’re spoilt for choice, though I could never tear myself away from The Hunter for too long – she has a dog. Elsewhere, there’s The Marine, The Pilot, and The Convict, who each have their own special abilities and quirks. They aren’t miles apart from each other, however, but they have small nuances which means they’re all worth trying out.

There are many guns for you to play with, though finding them often feels like a game of chance – Enter the Gungeon is randomly generated. While this world-building technique is loved and hated by modern gamers, developers Devolver Digital and Dodge Roll have more or less made nailed the formula, though it can sometimes give you a bad hand. In one playthrough, the first area was a walkover with the Bullet King being a relative pushover. In another, it was a hellish slog to get to the boss, who was instead a gatling gun wielding pigeon who seemed unaffected by the so-so blaster I had found. No experience is the same, so Enter the Gungeon offers something different each time.

As easy as it to gloss over the look of a retro-inspired game like this seeing as it’s almost the norm, Enter the Gungeon does have some understated graphics that make a big impression, particularly in the expressions and amount going on on the screen at one time. Couple that with a strong soundtrack and you should be in throwback heaven.

Enter the Gungeon stands out in a year full of roguelikes as the best of the bunch. Seek it out, but make sure you pick up some stress balls, too.