We could all do with a little pick me up these days, right? 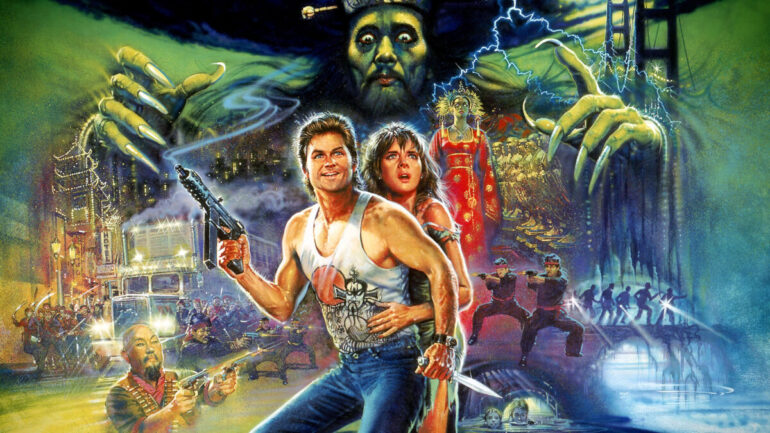 My guess is that a lot of us, particularly those who rely on movies and other art to make life slightly more bearable, are going to be in the mood for something along the lines of a feel-good movie.

I know I am. Movies are not a pure escape for reality, of course. They never can be. At least, not for me. While great films definitely help me to forget a few troubles for a while, the movie itself can also serve as a means of keeping me in the present. Some of my favorite movies remind me very keenly about something that exists in the life I have outside of whatever I might be watching.

And then there are movies which simply make me feel good. Virtually without exception, my definition of “feel-good” movies, one of the oldest and emptiest catchphrases ever uttered by film critics, are films that never fail to cheer me up. They have to be used sparingly in this context. I couldn’t watch these examples every single day. I turn to them when I need a straightforward serotonin boost.

Those are the types of movies, my favorites in this arena, that we’re talking about this month at Make the Case. The 5 movies I’m going to cover here are not inherently cheerful. Some of them are. It’s not about that. These are simply movies that connect me to pure enjoyment. I have unshakable confidence in that.

In their own way, these movies do a nice job of reminding me of the better things that exist in the world around me.

What are your feel-good movies? What comes with almost an unimpeachable guarantee that you’re going to be in a better mood than when the movie started? Let me know.

This was almost going to be a “Screw-it-let’s-start-in-early-with-the-Christmas-movies” sort of thing, but I think I’m going to actually wait until December.

Like a lot of people of a certain age, Bill Murray in general as an actor represents a comfort zone for me. While I could go back and forth for days on a list of the best Bill Murray movies, I don’t think any single work hits those essential serotonin rec centers harder than Frank Oz’s brilliant, clever light-dark comedy What About Bob?

Part of it might be the satisfaction of watching Richard Dreyfuss’ utterly insufferable psychiatrist get his life bottomed out by an earnest, naïve, and deeply neurotic man named Bob Wiley (Murray). From the moment Dr. Marvin pretends he doesn’t have 40 copies of his new book on the shelf in his office, to the fact that he manages to make us forget that he is technically correct in being so upset at this patient who simply doesn’t go away.

However, for me, the relentlessly cheerful Bob is what keeps this movie close to the heart. Murray manages to create a character so likable, so unaware of what he’s doing, we accept his constant intrusions, and scorn Dr. Marvin for consistently underestimating what Bob really needed from him.

What About Bob? remains a movie that salvages a rainy day. Both the real thing, and the state of emotional weariness.

I think I’ve written about this moment before. Nonetheless, there’s a scene near the end of John Carpenter’s gleefully chaotic, extremely straightforward approach to a movie that is one enjoyable moment after another.

This would be the scene in the elevator. You have Jack, Gracie, Wang, Egg, and everyone else riding along. We know the movie is moving into the satisfying, memorable conclusion. For a moment, a surprisingly long one, everyone just looks at each other, nods, and smiles. There is an odd purity to the moment in a movie about a hapless white guy in the midst of an ancient Chinese prince’s very specific search for the perfect woman (or women, as it turns out).

Big Trouble in Little China is as ridiculous as it is entertaining. That fact wraps itself around me every time I watch it. Nothing sums up the way the movie makes me feel better than that moment on the elevator. It’s going to be okay. We got this. We’re together, and we’ve got this.

Even if that’s not true, it’s nice to see that sentiment expressed so well.

So inspirational it’s essentially a cliché, I still find myself enjoying Sylvester Stallone’s first and best round as Rocky Balboa after so many years.

When you’re a kid, you like the first Rocky because it’s a fairly exciting story of a boxer who gets a shot at the World Heavyweight Champion. As an adult, you still like that part of it. You also develop an appreciation for the effective simplicity of the movie’s themes of redemption and ambition.

There is also a sincerity inherent in Rocky’s journey, as Stallone’s own life and career closely mirrored Rocky’s at the time he managed to sell the screenplay. That is why Rocky is ultimately more than just a movie based on someone who saw Chuck Wepner go the distance against Muhammad Ali.

I like Rocky. I always have. I like Adrian, Apollo Creed, and Mickey. Paulie can go to hell, but it’s still one of the best performances of Burt Young’s career. I just like the movie. It sets up a simple premise, carries it with characters I can appreciate, and delivers a performance Stallone would never again be able to recreate to the letter.

Not surprisingly, My Cousin Vinny, a movie I’ve liked since I was a little kid, did nothing to prepare me for the experience of marrying a New Yorker from Long Island. That aside, this is another movie I like because it runs so well with such a basic premise.

Two kids from New York City run afoul of the law in rural Alabama. One of them turns to a Brooklyn cousin, who happens to be a lawyer, for help. Wackiness ensues. It’s an unpretentious fish-out-of-water story.

That works to its favor, with one of the best casts ever assembled for a comedy. There are few movies where I absolutely like every single character I meet. Every single one. My Cousin Vinny is one of the oldest examples of a movie contrary to that. Joe Pesci, Marisa Tomei, Lane Smith, Fred Gwynne, Ralph Macchio, Bruce McGill. The list goes on. Everyone finds great characterizations, and everyone seems to be having a really good time doing this.

And don’t be a jerk. Marisa Tomei did so deserve that Oscar.

I also love that the movie was and remains very, very popular among lawyers.

Speaking of movies in which I like every single character (indeed, that holds true for many of these selections), Best in Show is, in my mind, the best mockumentary of all time.

Yes, I like it even more than This is Spinal Tap, which shares some cast members with Best in Show. I don’t know if being raised around dogs my entire life helped me appreciate this movie as much as I do. I don’t think that’s it, although watching this movie at this long point in my life of being dog-less does make me miss having them in close proximity.

What I love about Best in Show is what everyone else loves, the characters, the writing, and the camera stepping back to simply let these things work together. It doesn’t hurt either that this remains one of the best comedy movie ensembles of all time.

Best in Show works for me as escapism for the same reason the film’s wide cast of characters devote themselves so fully to being successful in dog shows. Sometimes, it’s just very nice to immerse yourself in a world of no real consequence. Something unique and comforting. That certainly applies to these wonderful weirdos and their dogs.