Make the Case: 5 Best American Movies About the Open Road

Few things sound more appealing right now than getting on the open road. 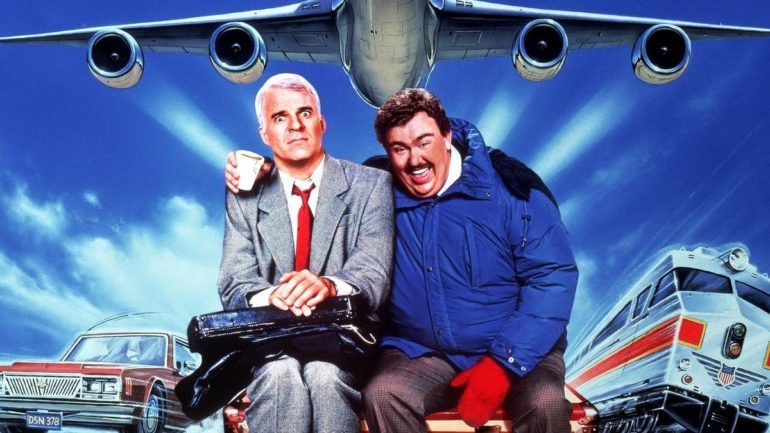 From 1999, to the present, I have traveled roughly 70 or so thousand miles around the United States. As of this writing, there are only three U.S. states I have never at least visited (Hawaii, Alaska, and, for some reason, New Hampshire). A lot of those miles were accumulated by taking Greyhound buses from one side of the country to the other. I don’t really do that anymore. Still, most of my teen years, as well as the majority of my adult life, has been spent on the road. If not on Greyhound, then circumstances such as driving across Route 66 with my now-wife Cara.

I love traveling, although I’d genuinely prefer to never set foot on a Greyhound bus again. With COVID-19 now shaping every facet of reality, it is easy enough to feel as though that part of my life was on some other planet. Perhaps, some other dimension. There is a before-and-after effect that virtually all of us are contending with right now, made worse by a vicious plethora of uncertainties.

I do believe, perhaps naively, that life will more or less resume as it was in the days before our dangerously inept, criminal President set us on this agonizing course. Don’t quote me on that. All I have is hopefulness, which I try to ground as much as possible. Part of that optimism has been built by traveling around the country for one damn reason or another. If you take a bus through Texas, you will learn about the world around you. There’s no choice. What happens with those experiences is entirely up to you.

And where did all of that come from? Like a lot of things in my life, my road trips started at the movies. For this month’s Make the Case, I’m going to present five of my favorite American movies that emphasize and celebrate traveling cross-country. Road movies have a history that goes back nearly as far as film itself. When I was a little kid, growing up in British Columbia, these were some of the movies that made me want to visit America.

And I have. The movies spotlighted this month will cover five of the most personally inspirational movies to that end. We won’t even make it to the 1990s this time. We won’t even be able to cover all of them. However, if you asked me to show you some of the movies that gave me this love of road trips and travel, particularly with the American landscape, these would be the five.

Pre-Code Hollywood generally refers to movies made between the invention of sound, and the point in which a bunch of Puritans decided to outlaw anything that might be fun. It Happened One Night, directed by Frank Capra (It’s a Wonderful Life) is considered to be one of the last of the Pre-Code era. It’s also in my mind one of the best road trip movies ever made. It was the first Clark Gable I ever saw, in which I could actually understand why anyone ever found him compelling. He’s a likable, only slightly obnoxious fast-talking reporter. His manic pursuit of a story that will jumpstart his lumbering career throws him into circumstances with a young, rich woman (Claudette Colbert).

Their chemistry, as well as their shared time on the road, remains appealing, some 86 years after the movie’s release. I can promise you that if you have to go a few hundred, or even few thousand, miles with someone, it helps if you can banter as needed. The energy of Gable and Colbert, particularly when they’re together, makes this film timeless.

Pair this up with 1985’s Follow That Bird, and you have a weird, profound influence on my psyche that was almost entirely built by Jim Henson and a few hundred puppets. Then, and even now, The Muppet Movie reminds me of the sheer joy of travel. It is certainly the best-case scenario for any road trip, even with a crazed frog legs entrepreneur (Charles Durning, who could act opposite anyone or anything) haunting you at every stop.

The Muppet Movie isn’t just a great introduction to characters who currently deserve better than some ads for Portal. It’s a relentlessly endearing musical that seems to work on even the most embittered cynic. There is an enthusiasm and kindness to the movie that is emphasized here, offering some the best benefits of taking to the open road in the first place. Depending on how you choose to travel, you stand to meet some very interesting personalities along the way.

Long before I understood the movie’s themes of loneliness, family, and regret, Paris, Texas was simply this mesmerizing film that made me want to travel. The American Southwest has compelled my most ridiculous ideas of romantic travel. I’ve been through and stayed in the region numerous times over the years. When I traveled through Texas for the first time, which was around 2005, I thought about this movie.

However, the kind of desolation you can find in this movie, in which a drifter (Harry Dean Stanton, at his very best) reconnects with his family after a lengthy absence, can lead you to think all kinds of things. No matter where you are in this part of the country, if you’re alone, you feel it. You can also feel something else that drifts around the neon signs of the small cities that populate your journey through the region. Paris, Texas is filled with examples of a type of humanity I have always liked, and believed in. Wim Wenders work in general, which covers several road movies, there’s a humor about the loneliness and restlessness that often rustles the need to get moving. Paris, Texas is still my favorite of his for how beautifully these features are shown.

I guess one of the recurring themes in some of the best road trip movies I’ve seen is the notion of meeting the unusual. The unusual can come from things that happen to you while in transit, which makes up a lot of Tim Burton’s first feature-length film, starring Paul Reubens as his most famous character.

The unusual can come from a situation, but it can also just as easily come in the form of actual people, who shape your surroundings, way away from home, into something you weren’t quite expecting. That quality is very prominent in the appeal of Pee Wee’s Big Adventure, which sets Pee Wee on a long journey to retrieve his beloved bicycle. It also still remains one of Burton’s most likable films. It has that touch of the surreal both him and Reubens have become synonymous for. At the same time, there is always something oddly grounded about things. At least, to me.

I was obsessed with this movie as a child. Telling you that explains more about me than I’d really rather admit.

One of my childhood favorites, and certainly one of the most pivotal movies for me if you try to understand why I was so interested in traveling around the United States. I’ve also obviously carried with me the fact that the movie is Steve Martin, John Candy, and arguably writer/director John Hughes at their respective bests.

However, what I never expected was this movie to capture with stunning accuracy the degree to which things can go wrong, when you’re traveling a fairly long distance. This movie is also a very realistic depiction of how quickly things can go wrong, as well. When this happens, you can either be John Candy’s Del Griffith, or you can be Steve Martin’s uptight Neal Page. Del understands that these things can happen. It’s a good idea to pay attention to what’s going on around you. It can be invaluable to make friends, regardless of how obscure the corner of the world might be.

Neal isn’t ready for mediocre hotels, disconcerting cab drivers, or cars that burst in flames. He’s certainly not ready for even the slightest delay in his travel plans. I didn’t understand the suffocating frustration of that, until the time I was stuck in Amarillo, Texas for fourteen hours. Getting to Richmond, Virginia two days late, after leaving Denver, Colorado, was another hard lesson. Planes, Trains, and Automobiles is more than one of the best road comedies of all time. It is a very grounded reminder that non-fatal disaster is almost a certainty.

The further you have to travel, the truer this seems to be.