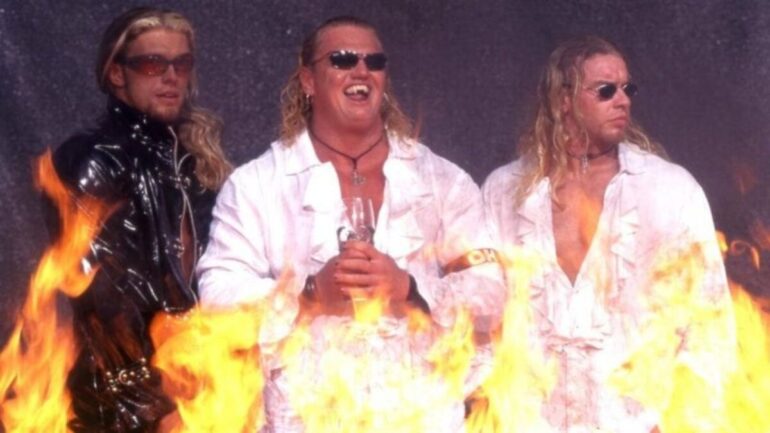 When wrestling fans think of the Attitude Era, they immediately think of superstars like The Rock, ‘Stone Cold’ Steve Austin, The Undertaker, Sting and a handful more of the industry’s most iconic names. But the Monday Night Wars weren’t just won by these few alone. Despite the majority of pay-per-views being headlined by the same circle of wrestlers, they were supported by an equally impressive cohort that were all stars in their own right.

WWF and WCW respectively featured one of the most star-studded rosters of all time during the 1990s — each wrestler had their chance to get themselves over with their outlandish characters that fans couldn’t help but connect with. Chances are, even those kept in the deepest depths of the undercard would receive a bigger pop than most of today’s superstars.

In this series, we’re going to shed some light on those unsung heroes that helped produce one of the most exciting periods of history for the world of wrestling, highlighting the efforts of those that are often forgotten between the highlight reels of Mankind being tossed off the Cell and DX storming Monday Nitro on the back of a tank.

Move over Undertaker, it’s time for us to show some love to one of WWF’s most supernatural entities: the vampiric Gangrel.

Most wrestling fans today would probably groan at the idea of a wrestling nosferatu, which is precisely what happened in 2006 when WWE’s rebranded ECW introduced Kevin Thorn, but back in the Attitude Era, fans were all over Gangrel’s brooding personality. Perhaps it was thanks to Wesley Snipes’ Blade that helped make the vampire gimmick cool again, but somehow Gangrel managed to fit in nicely among the lower mid-card scene, coming into his own as both an active wrestler and manager for future Hall of Famers, Edge & Christian.

Gangrel’s biggest attribute was his entrance; coming to the ring with such a swagger to a tune that, to this day, stands as one of the most badass themes Jim Johnson has put together. Gangrel would drink from a mysterious goblet and then spit ‘blood’ out into the audience, a craft that would later be mastered by none other than Triple H, just without the blood. There was no denying that Gangrel had the it factor of looking like a true superstar, even if his character was stripped out of the pages of a comic book.

Gangrel didn’t have much in the way of singles success. His first and only title shot came at the 1999 Royal Rumble pay-per-view, where he would face X-Pac for the European Championship, a title kept aside from budding undercarders looking for a stepping stone into the mid-card scene. It’s crazy to think that even the bottom feeders of the roster had a championship belt to compete for, a testament to how almost everyone was given ample opportunity to become a hit. Gangrel didn’t actually win the title, which was a shame considering how intrigued the fanbase were by his character.

Gangrel’s biggest claim to fame is of course his ties to the tag division. Selflessly, Gangrel helped mold the future main event stars in both Edge & Christian and The Hardy Boys, managing both duos in stints that helped build their credibility and put them on the platform that later led to the famous TLC matches at WrestleMania 2000 and X-7.

All four superstars respectively suited Gangrel’s edgy vibe, with the gothic demeanour and long hair that screamed ‘punk rock’. The Brood (and later the New Brood) completely encapsulated the Attitude Era, helping the paradigm shift in presentation aimed at their new, mature audiences. I’d argue that if it weren’t for the efforts and backstage influence of Gangrel, then we wouldn’t be watching Edge vs. Roman Reigns at WrestleMania this year and we certainly wouldn’t have been enthralled by the Hardy’s Broken Universe a few years ago.

Gangrel may have been left behind by the two aspiring tag teams, but none of them have ever been shy about crediting their former mentor for a lot of their success. Christian in particular gave props to the now adult film producer in his Hall of Fame speech, and Gangrel would later find himself featured in the cinematic ‘Elite Deletion’ match at AEW Full Gear.

Gangrel might not have amassed to much during his WWF tenure, but there’s no denying the imprint he’d left on the industry going forward. His character, mannerisms, influence, and more warrant him the title an unsung hero of the Attitude Era.

Were you a fan of Gangrel? Let us know in the comments below.

READ NEXT: 10 Spookiest Wrestlers Of All Time