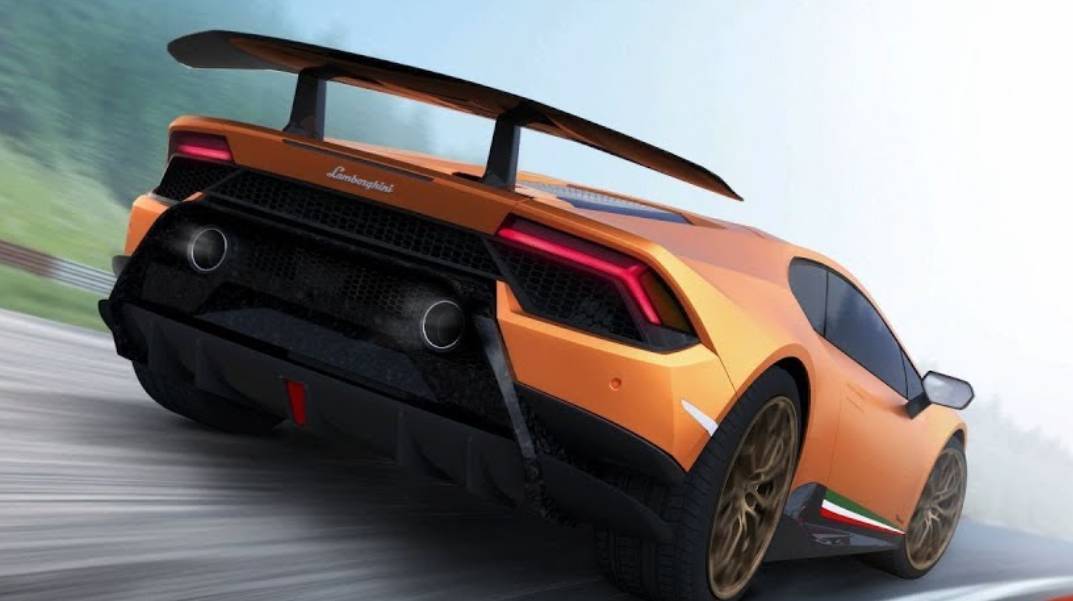 There’s a paradox at the heart of Assetto Corsa Ultimate Edition. It’s a game that feels lacking and stripped down despite hosting 178 cars, rushed and unfinished despite originally releasing in 2014. A game with a very specific audience in mind that doesn’t make much of an effort to make a good first impression on anyone else.

Things start badly with a clunky and ugly UI permeating everything – it doesn’t feel designed for a controller and will sometimes just ignore inputs altogether. Technical issues run throughout the whole experience – from very prominent screen tearing to an inconsistent framerate (in turn affecting controller input accuracy). There’s a feeling that the software is struggling to run on the hardware – namely, my launch model Xbox One. But this same machine runs Forza, with much stronger graphics and presentation in general, with no issues.

There’s also no real sense of velocity, either in or out of the racing. An empty and unsatisfying career mode offers no real incentive to engage, presenting itself as lists of time trials and races with targets to beat to progress – think of it more as the ‘training ground’ for the game than a real single-player mode. My most enjoyable experiences were in the online play simply because the presence of human players ensured an element of unpredictability and excitement the lacklustre AI never presents – although die-hard racing sim fans will be turned off by online players who tend to lean into aggressive driving styles. Worthy of note is the ‘special events’ mode – a series of unique events featuring world famous tracks and cars, taking you on a whistle stop tour of Assetto’s highlights. 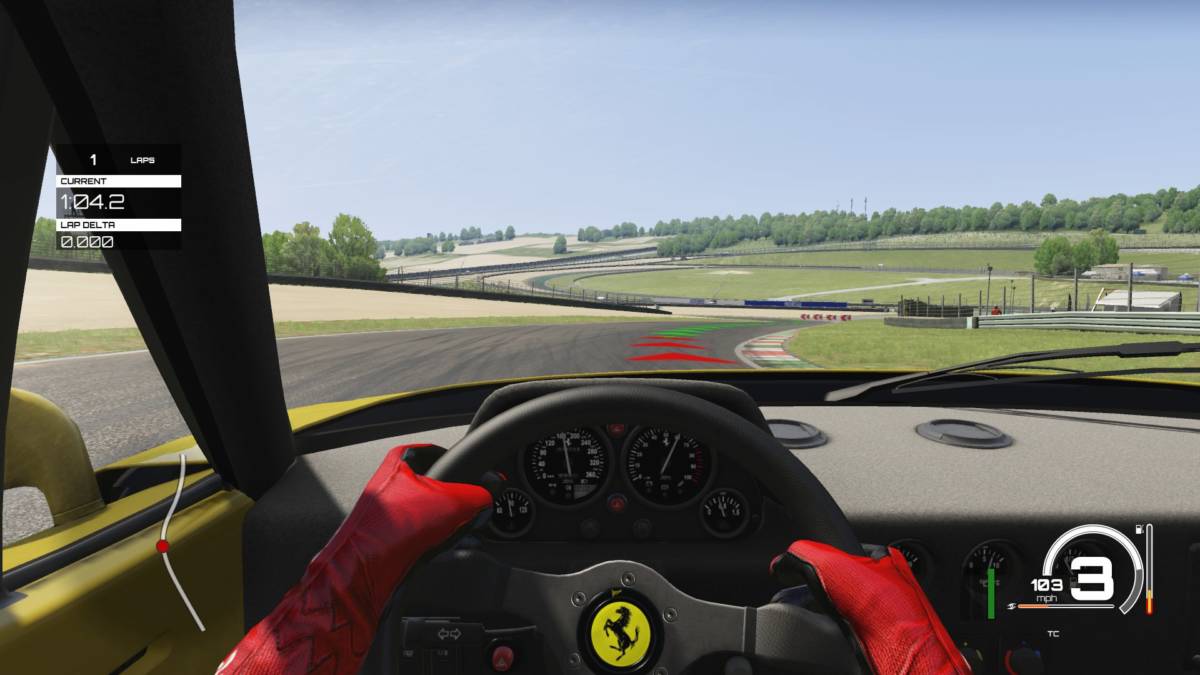 Players used to the glitz of the aforementioned Forza, not to mention Gran Turismo or even Project Cars 2, will no doubt find it all as dry and flat as I did. The racing itself feels slow and unresponsive; but no doubt this stems from the simulation roots of the title, versus the arcade handling of, say, Burnout.

While there’s something to be said that there’s a satisfaction in wittling lap times down over time, there’s no escaping just how hard and unwieldy it all is. I suggest enabling all assists and making the game as ‘easy’ as possible, to ease in. The consensus seems to be that a wheel is the best way to play this, and I can only agree insofar as the handling feels terrible with a controller. You’re expected to ‘roll’ the left analogue stick, like you would a wheel, rather than tilting it at degrees either left or right.

While I can see the logic of this, the truth is that on top of being wholly alien to how most racing games are controlled, it ends up feeling intensely sensitive, with millimetric movements of the thumb is the difference between a light turn and a hard steer. It ironically feels as clunky as a keyboard input often does for racing games, and is another reminder that this game is, at best, a PC game running with a console veneer. 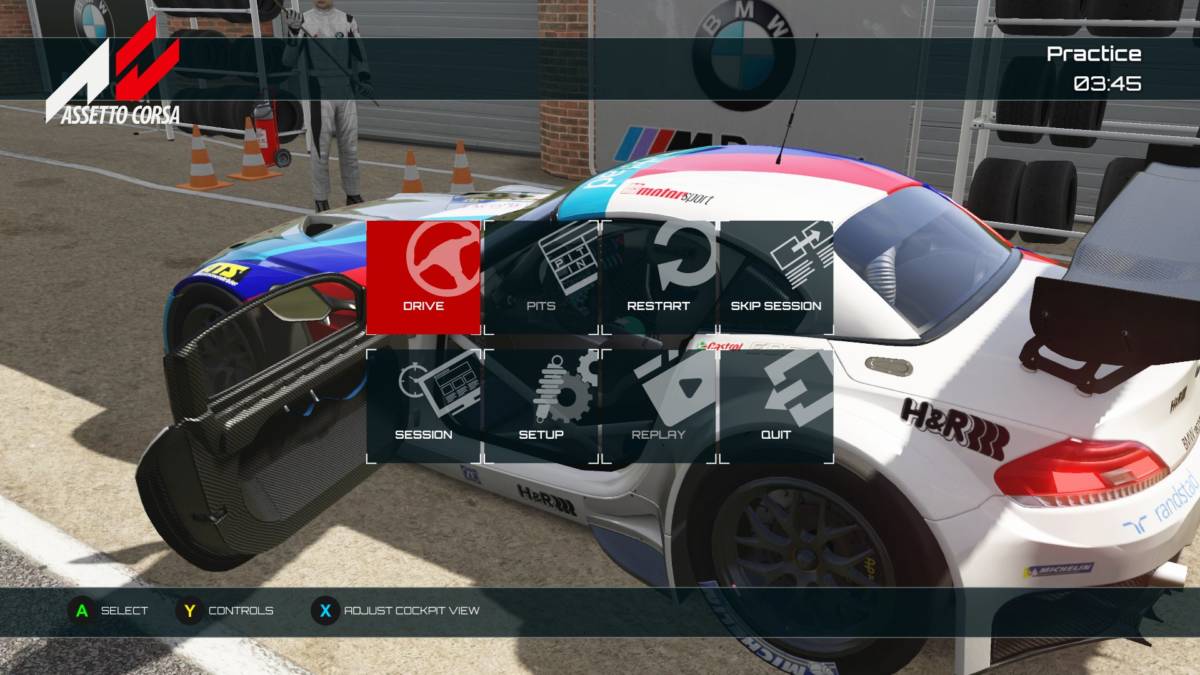 There’s good to be found here – the attention to detail present in both car models and tracks is impressive (even if the overall quality of the graphics are less than could be desired), and all previous DLC packs are included. A wide variety of car types are present and the free play mode offers the opportunity to get behind the wheel of some interesting drives with incredible precision – there’s a detailed physics and tire simulation playing out at all times, with ample to tinker with – gear ratios, tyre compounds, tyre pressures, fuel, suspension settings, wheel rates, ride height, travel range, alignment settings, hybrid settings, adjustments to the wings, brake bias, brake power, engine limiter to name a few.

This attention to detail is where Assetto shines. Each car feels like its own beast – and the minute details differentiating the handling of each can make or break time trial records. What one car offers in stopping power another offers in turn ratio, with the combination of small details leading to the difference between first and last in many races, when used well. This is a game that rewards those willing to invest time, to learn the tracks by memory, to know exactly how to tune their drive and when to do it. A master could set times not only impressive to the uninitiated, but impossible. Assetto offers no shortcuts in this regard. Blind luck will not set records. Unfortunately, this is buried so deeply below mediocre controls, disorganised menus and flat presentation, that it’s hard to recommend above anyone else competing in the same space – especially Gran Turismo.

Another strong aspect is sound design – while menus and the like are filled with uninspired background noise, the in-game roar of engines, mixed with tyres on tarmac, go a long way to creating the sense of urgency and connection that the graphics fail to deliver. Whenever I heard my engine roar for a gear shift, I’d notice that every car in front of me seemed to be ever so slightly detached from the world around it – skating on the ice above the track, rather than ever feeling grounded or weighty. 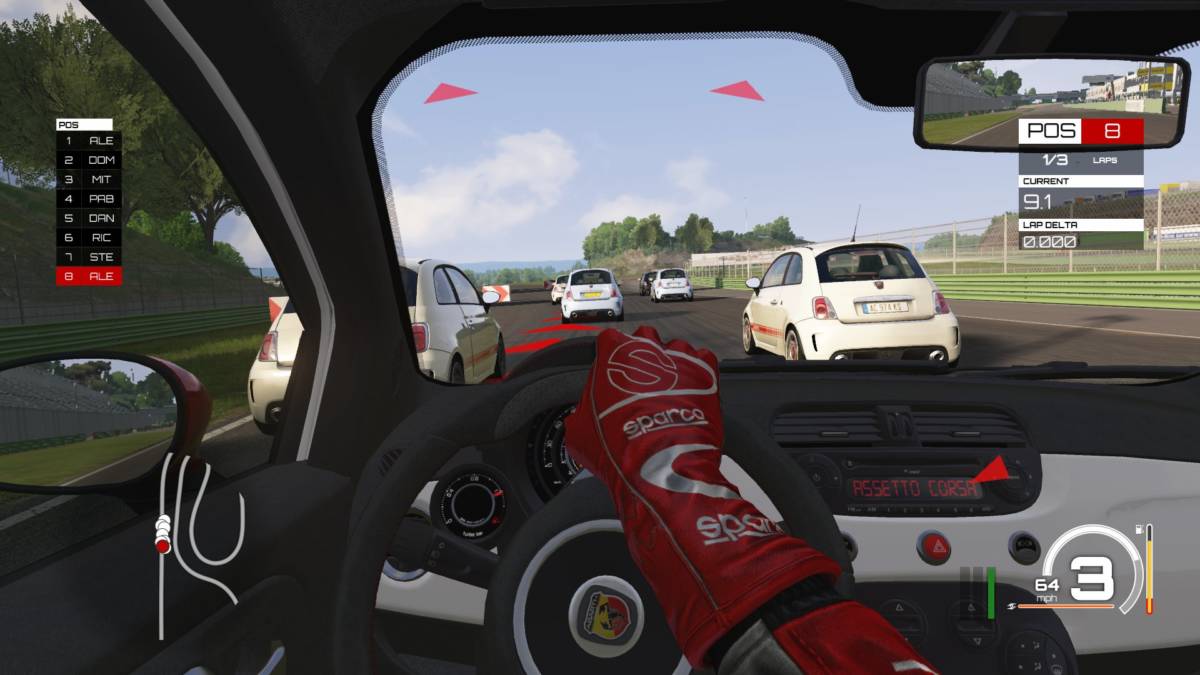 From a technical standpoint, for the most hardcore simulation racer, playing on a high-end PC with a VR headset and wheel, I can see the appeal. For console gamers and the more streamlined, casual racing fans, I struggle to see the appeal. Not once did Assetto offer me any exciting incentive to come back. Not once did I feel anything close to comradery with an online opponent. There’s no feeling to the experience beyond measurements and obsessive detailing, which made the whole thing cold and uninteresting to me.