DC's delving way back into the archives to fill the cast for Crisis On Infinite Earths - with some surprising names already confirmed. 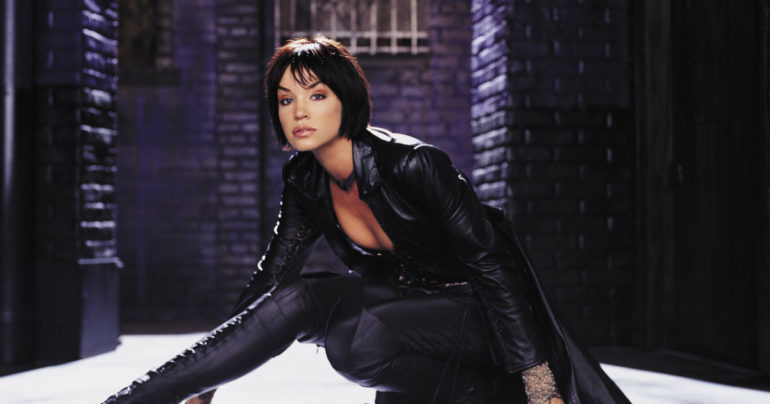 Another DC alum is joining the enormous Arrowverse crossover, “Crisis on Infinite Earths.” TvLine reports that Ashley Scott will reprise her role from the Birds of Prey TV show as the Huntress, aka Helena Kyle. She will appear during the five-episode crossover, but the article doesn’t explicitly state which episode she’ll appear in.

This makes Ashley Scott the latest actor from the DC legacy that will appear in the Arrowverse event. Recently, Tom Welling and Erica Durance were announced that they would reprise their roles as Clark Kent and Lois Lane from Smallville. Rachel Skarsten will appear as Alice, the main antagonist on Batwoman. Kevin Conroy, the fan-favorite voice of Batman, will make his live-action debut as “Bruce Wayne from the future.” Burt Ward, who famously played Robin the 1960’s Batman show will appear, but they haven’t announced his character yet. And, in another blast from the past, Deadline mentioned in an article that Lynda Carter “might return as some version of Wonder Woman.”

Birds of Prey premiered in 2002 and focused on Huntress, Oracle (Dina Meyer), and Black Canary/Dinah Redmond (Rachel Skarsten) fighting crime in New Gotham City after Batman disappeared. The show only had 13 episodes and lasted only one season.

The Huntress will make her big-screen appearance played by Mary Elizabeth Winstead in the upcoming film Birds of Prey (and the Fantabulous Emancipation of One Harley Quinn). The character appeared in the Arrowverse, played by Jessica De Gouw, during the early seasons of Arrow.

“Crisis on Infinite Earths” will start on Sunday, Dec. 8 with an episode of Supergirl. Monday will have an episode of Batwoman and that Tuesday’s The Flash. It’ll take a month-long break as it wraps up on Jan. 14 with Arrow and Legends of Tomorrow.