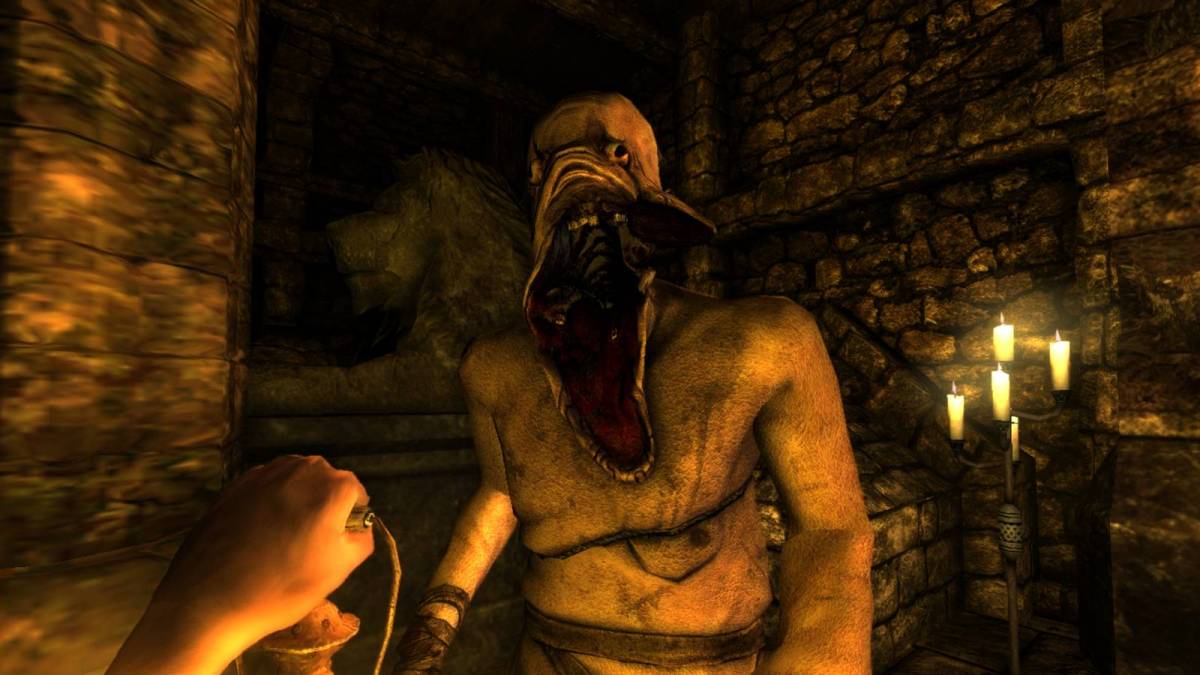 The Dark Descent is bundled as one of the three games in Amnesia: Collection. Expect reviews for the other two titles over the coming days.

It’s hard to think of a survival horror game series that has had as wide an impact on the genre, both in the way its peers have composed themselves and the culture as a whole, more than Amnesia.

Its influence is evident in almost every horror title on Steam, whether that’s for better or worse. Much like the gripping insanity mechanics found in The Dark Descent, it’s seeped into the pores of the gaming psyche at large and refused to budge.

Almost unexpectedly, it was recently revealed that Amnesia: Collection would be making its way to the PS4. A few years too late perhaps, but certainly soon enough to still interest those who haven’t wandered around an old castle with nothing but an reliable oil lamp for company.

Though it’s good to see a game like The Dark Descent make its way to a PlayStation system, could a six year old horror game still deliver the scares? 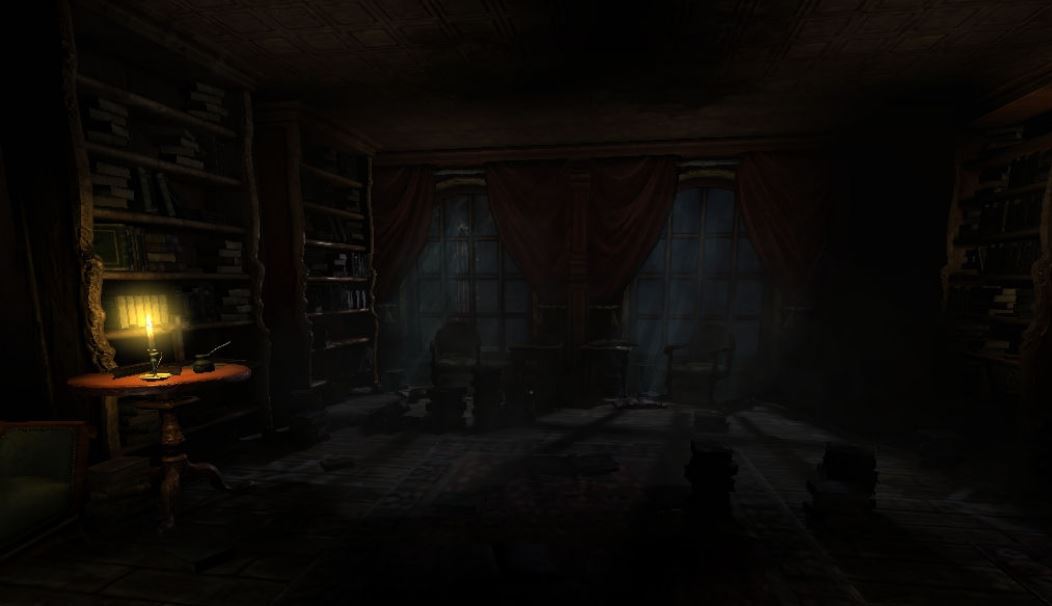 The Dark Descent opens with Daniel (the player) awakening in an eerie without any recollection of past events, because, you know, amnesia. It’s made clear from the offset that TDD is more interested in putting the pure horror in the backseat as it weaves a fascinating, often troubling story. Daniel remembers his recent past as he stumbles away around the many dark corridors and dank corners of his own personal hell, as well as being able to find notes to piece together the puzzle.

Staying away from darkness is the ultimate objective, no matter how pressing it is that you venture deeper into the nightmare. Not being in light quickly harms Daniel’s mental state, making the world around him distort and become all the more twisted – hardly ideal when it isn’t exactly a Balamory Christmas special to begin with. Tinderboxes and oil are necessary commodities, helping you to evade the darkness after using a tinderbox to light a fire or oil keep your lamp lit. Frictional Games have, for the most part, mastered teaching the player not to dally while also giving enough time for exploration. And you will need to explore in The Dark Descent, almost religiously.

The biggest criticism I have for The Dark Descent is that it does a fine job of ratcheting up the tension, whether that be the screeching of ominous score or the hellish visions Daniel suffers through, but it ebbs always pretty sharpish after the second or third minute of failing to find the item you need. These are often hidden so obtusely that it comes down to flailing around in the dark and hoping that you randomly stumble across the random vial or lever – when you have an ailing mental state to contend with, this is more of a source of frustration rather than nervous excitement.

When the scares do come however, you will know about it. It’s little surprise that The Dark Descent has been such a vital part of Let’s Play culture for so long as Frictional have managed to organically grow and build terror instead of just having a little girl jump out of a cupboard at you. The Dark Descent has provided a template for horror games for years, which makes it such a shame that the port lacks respect for its legacy.

Distracting black bars surrounding the screen (with no option to change the size), peaky audio, and persistent crashes hamper The Dark Descent’s transition to current-gen. It runs as smoothly in the framerate department as you would expect a dated game to, but the small problems do an awful lot to take you out of the story, which is one worth investing serious hours into.

If you haven’t played The Dark Descent yet, it’s still worth your time, though it may be better to turn off the lights and boot up your PC instead of turning to this disappointing port. It’s still an enthralling experience on the PS4, but the port doesn’t quite do it enough justice.