Home
Opinion
Amazon’s Lord Of The Rings Series: What Can We Look Forward To?
TV
·7 min read

Amazon’s Lord Of The Rings Series: What Can We Look Forward To? 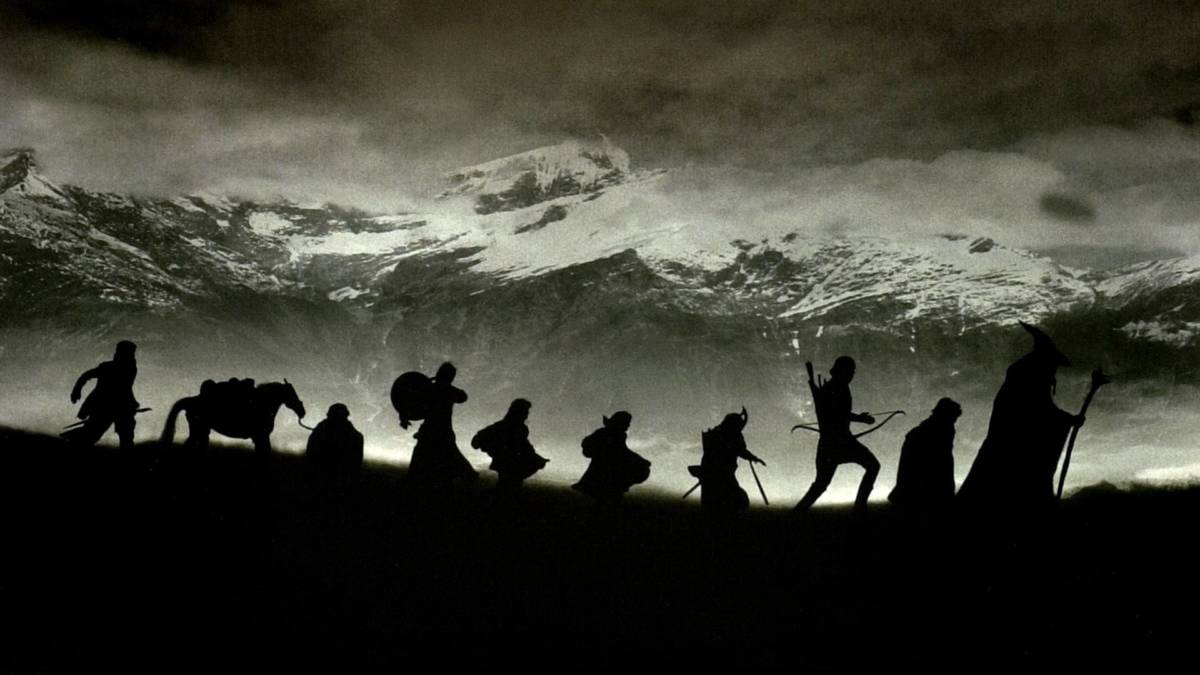 Amazon’s upcoming Lord of the Rings series has already been pencilled in for fully five seasons, and so has the scope to cover quite a bit of the Tolkieniverse. Old J.R.R. wrote prolifically, and the only reason New Line Cinema didn’t point Peter Jackson towards The Silmarillion once he was done with The Hobbit was because they’d have had to physically force him to do it. So Amazon are hardly going to be short of raw material.

However, it was recently confirmed that the show – or at least, the first season – will centre on a young Aragorn. Being a prequel to Lord of the Rings, this will be covering Aragorn’s wild years, before he got mixed up in the main questline. The creators have been given unlimited access to Tolkien’s fearsome bank of notes on every aspect of Middle Earth, from lines of succession to what Mr. Frodo has for breakfast, which presents an interesting possibility. A good chunk of Aragorn’s early travels weren’t particularly fleshed out in any of Tolkien’s published works, in particular his time in the southerly land of Harad, which isn’t even on any of the maps – so if it’s featured on the show, it’ll either be based on never-before-seen Tolkienaria, or otherwise constructed from whole cloth. Either way, even the most hardcore Tolkien fans will have something new to look forward to.

(The young Aragorn also mucked around in the more familiar settings of Rohan and Gondor, so the showrunners are presumably hoping some of the relevant sets and props are in storage somewhere.)

While nothing’s been strictly confirmed on this, Ian McKellen – for a certain generation, the quintessential Gandalf – has volunteered his services once more. While Amazon haven’t got back to him, and as I say haven’t even confirmed that Gandalf will turn up in the series, it’s a fairly safe bet. The character is some 7000 years old (prompting McKellen to comment wryly that if anything, he’s a bit too young for the role) and seems to have spent most of that poking his nose into anything vaguely interesting going on in Middle Earth. Plus, if the creators have already pulled the trigger on including Aragorn, it stands to reason they’d also draw on the name-recognition of Gandalf himself.

Speaking of name-recognition, Sauron’s track record of villainy didn’t begin and end when Mr. Frodo inherited some stolen goods. Per Tolkien, he’d been getting up to mischief for thousands of years beforehand – that’s right, him turning up in The Hobbit wasn’t an invention of the films. Of course, I hasten to add he wasn’t literally the only antagonist in Middle Earth. Aragorn’s track record includes battles with pirates (pirates are fun!) and, as mentioned, nobody’s entirely sure just what went down in Harad. It would probably be best for the show not to stick religiously to Sauron as go-to bad guy, for fear off seeming too much like a rehash of the films – though that’s not to say he can’t be looming off in the background.

The biggest question in terms of the character roster is what they mean when they specify that the first season will be focused on Aragorn – that is, will the subsequent seasons not be? It’s entirely possible they haven’t even mapped out the plot beyond the first season yet, but the thought that, having eased their audience in with a familiar face, they might then strike out for uncharted waters is an intriguing possibility – sneaking the incredibly geeky expanded Tolkien universe into mainstream consumption via the back door. (This is by no means culturally transgressive in any way, coming as it does from Amazon’s ivory tower in a climate where suddenly the popular kids are wittering on about Thanos and Aquaman, but I’ll take what I can get.)

By all accounts the series will première sometime in late 2019, a significant timeframe given that by then, the television fantasy monolith that is Game of Thrones will have finally wrapped up after eight long years. Everyone will be looking for something to fill the void, not least television producers, and there’s not many better options which come so ready-made – a wiser man than me once said that the majority of modern fantasy was rearranging what Tolkien had left in his attic, and it’s no coincidence that George R.R. Martin, who wrote the A Song of Ice and Fire book series on which Game of Thrones is based, chose to use those middle initials quite so prominently. 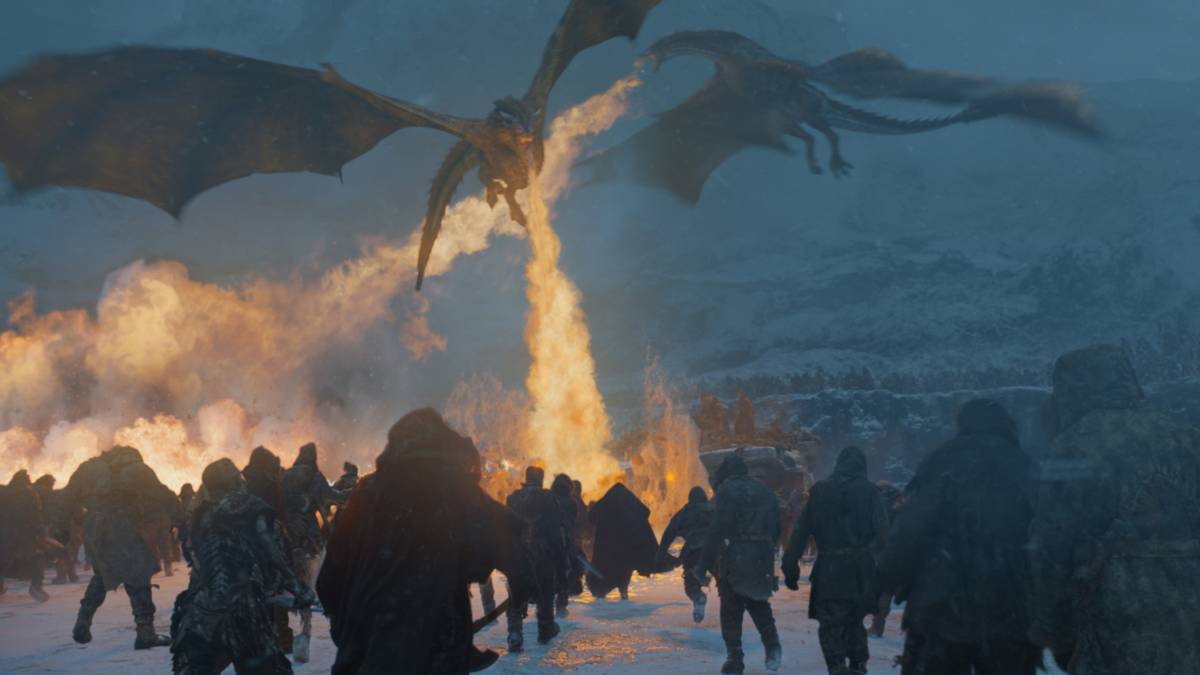 Indeed, by all accounts Amazon CEO Jeff Bezos came up with the Lord of the Rings series specifically as Amazon’s answer to Game of Thrones. This would be pretty much the thought process you’d imagine behind any network making such a decision, but there’s an additional significance to it coming from a fledging video-on-demand service like Amazon’s. Their biggest hit at this point has been the comedy-drama Transparent – which, despite critical acclaim, was pigeon-holed into the box marked ‘gender’ from the off, and must now contend with the scandal-related firing of lead Jeffrey Tambor. Now, wheeling out a big-budget epic fantasy series, Amazon is very clearly attempting to stick its oar in with the big boys.

While Game of Thrones is often held up as grittier and more cynical than Lord of the Rings – often by people who see the latter as a simplistic, morally two-tone tale of good vs. evil – the biggest difference, when it comes down to it, is the titties (and the characters’ filthy fucking mouths). Lord of the Rings is darker than it’s often given credit for. You’ll note that at the climax of Return of the King, Frodo can’t bring himself to chuck the ring in the lava, and only does so by accident, thanks to the shock intervention of a twitching, convulsing junkie. Compared to that, Thrones’s incestuous relationships (which European nobles got into all the time anyway) actually seem pretty tame.

Of course, saying this is falling into the trap Thrones has found itself hopelessly caught in – the belief that shock and controversy translates to quality. Lord of the Rings had strengths beyond not flinching from heavier subject matter. However, in a post-Thrones TV landscape, there’s the very real fear that the upcoming Rings series may follow the same route – gratuitous violence and nudity mainly for the sake of it, and at least one moment per episode that has very obviously been focus-grouped to be startling and talked about over the watercooler the following day. In other words, the antithesis of the timeless quality Tolkien’s works are revered for.

This hints towards a wider problem – the diminishing returns we’ve already seen from adaptations of Tolkien’s works, with The Hobbit trilogy as exemplar. Granted, a good bit of the diminishing returns there can be put down to Peter Jackson already being burnt out after spending the best part of a decade on the Lord of the Rings trilogy, not forgetting the studio’s much-mocked decision to string out the plot of The Hobbit, a fairly short novel, over three-feature length films. Still, The Hobbit wasn’t necessarily doomed from the start – but one major issue with that trilogy was the move from extensive use of practical effects (which had given Lord of the Rings such a pleasingly crunchy flavour) to extensive use of CGI (which gave The Hobbit the feel of a tie-in video game, and are already dated).

The Hobbit also suffered issues in tone. Despite marketing itself as a fun-for-all-ages high adventure in the same vein as Lord of the Rings, it featured Sylvester McCoy’s guano-encrusted Radagast toking up before screwing around with rabbits (again, CGI) for quarter of an hour. There is a fine line between fantastical whimsy and cartoony nonsense, and McCoy smeared birdshit on it. The same kind of muddled tone was in play in most of the action scenes – the fat dwarf rolling along in a barrel taking out bad guys, and the conveniently placed minecarts in the Lonely Mountain, had the feel of nothing so much as a video game quick-time event without even the debatable interactivity. Despite Middle Earth having no analogue of Looney Tunes, you’d expect someone to adopt a quizzical look and say ‘hang on a minute…’.

It’s unlikely we’ll have all these issues played out again, though. The saying goes that those who forget history are condemned to repeat it, but Amazon doesn’t exist in a vacuum, despite what you might think to look at Jeff Bezos’s business practices. They’ll have seen all the same criticisms of The Hobbit as us, and with that bloated, runaway budget, they really have no excuse not to go down the practical effects route. That said, The Hobbit trilogy actually outgrossed its more critically acclaimed big brothers, so this is all still up in the air. It’s entirely possible the series we eventually receive will be an incredibly expensive hodgepodge of CGI and actors performing opposite tennis balls, which shamelessly apes all the loudest, crashiest bits of Lord of the Rings for maximum nostalgia value. Obviously I would hope this won’t be the case, but people will watch it either way.