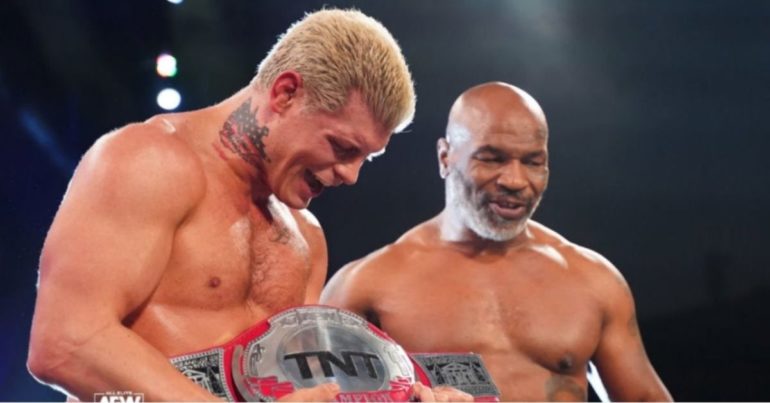 AEW’s TNT Champion, Cody Rhodes, is currently wrestling without a signed AEW contract. The news broke that Rhodes’ original contract with All Elite Wrestling expired at the end of 2021, leaving him as a free agent heading into the new year. Despite this, AEW booked Rhodes to capture his third TNT Championship as they entered 2022, defeating Sammy Guevara at Battle for the Titles.

Rhodes, and other AEW executives have yet to provide a comment on Cody’s status with the company, but it’s likely that he’ll remain signed to AEW once new terms can be figured out. ‘The American Nightmare’ has remained a prominent figure on the AEW roster since their debut in 2019, not only winning the TNT title but also competing in some of the biggest, televised feuds.

Even though Rhodes may not be the most popular wrestler on the AEW roster, there’s no denying that he’s a valuable one. We’ll keep an eye out for any new contract details in the coming days.