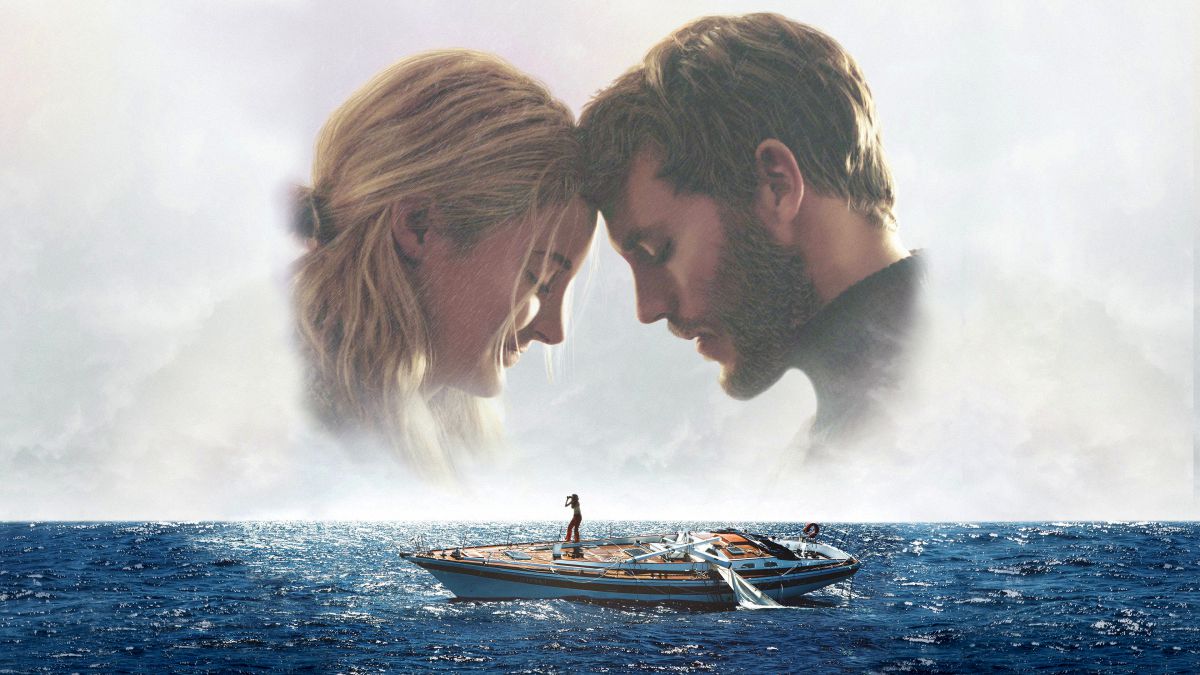 Adrift is a movie about a loving couple lost at sea and fighting to survive against all odds and complete despair. The film’s place among other releases fits a similar description, but it isn’t so much lost as it is caught up in a very cluttered season of big-budget sequels. Still, people — especially couples and women — are going out to see it (that’s firsthand experience talking).

Shailene Woodley returns to her strengths in the lead of this involving romantic drama, four years after her role in The Fault In Our Stars, which made her career. When she starred in action and sci-fi pictures (Divergent, in particular) it came across as an awkward fit. The scripts were cliche and she looked like she was trying to imitate Jennifer Lawrence to a degree. Fortunately, she found a comfort zone outside the young-adult, high concept trend.

Woodley is Tami Oldham, a free spirit who meets the love of her life in English sailor and traveler Richard “Rich” Sharp (Sam Claflin). They have an intimate romance up until opportunity knocks to deliver a vessel across the Pacific, for an older couple who are friends of Sharp, by sailing it themselves. Murphy’s Law strikes fast and hard when a hurricane sweeps across their path, putting their love and commitment to one another to the test as much as the will to live.

Adrift is based (loosely) on a book co-written by the real Tami Oldham (Ashcraft) about her life and harrowing experience on the open ocean in the early 80s. The production could have fallen into the trap of being another run-of-the-mill feature about a love story that builds and builds to the couple slowly sailing into and weathering a storm, quite literally. But, Icelandic director Baltasar Kormákur shook things up a bit with more of an indie art-house style.

His last couple of films include Everest and 2 Guns, so he has a clear eye for breathtaking action set against the elements. And, shooting on open water (which is also the title of a possible inspiration), they made location and realism a high priority. A very vivid feel of the agoraphobic breadth of the sea is imparted to the viewer with the usual factors — rain, mist, tempestuous waters, overcast skies. Yet, even in the calm moments of daytime, extreme wide shots give us an idea of how isolated and removed from land and food and drinkable water, the means for life, Tami and Richard really are.

The storytelling is structured by intercuts between the past, when Tami and Rich first meet, and their present when they are lost at sea. Occasionally, it’s hard to tell where and when the two are since the ultimate reveal of how they were sent adrift doesn’t come right away. For instance, as an oil tanker approaches in the night, I thought at first it was going to hit them and send them off course. It passes, ignoring flares — indicative of a time and place covered by darkness — and disappearing into the fog.

A storm is really to blame, that fact should be obvious. However, in the thick of viewing, you get lost in the ordeal and the courtship of these two people. In the end, the cutting from past to present to back again does not hold the film down. In fact, it facilitates a slight mystery for the audience to decipher — one that becomes clearer toward the climax.

The nexus and hook of this story, as with any good story of man versus nature or true love, is the two main characters and how they relate to each other. Life is far from perfect, a point made clear as they get to know one another. Rich reveals his mom hanged herself when he was seven, so he grew up not really knowing but having a semblance of her “voice” in his head guiding him in a way, observing his decisions, always with him as something he can channel or cherish. Tami was raised by a single mother who had her as a teen; Tami states she ran away on occasion but never for long because she felt she owed it to her mom. They are both damaged, ultimately, and found solace in the freedom of the oceans and the paradise of the South Pacific, only to be brought back around full circle to confront their scars and treasure their moments together in the face of an all-too-real wreck.

The tale is a poetic one. If you know the real story behind Adrift, you won’t be so easily taken by surprise by the curveballs and red herrings Kormákur throws at you; but most aren’t up to date on the life of Tami Oldham. This movie will do a lot to change that. It continues to float around in theaters out there. Catching it before it docks in port on home video and streaming apps will be worth your time.