Achtung! Cthulhu Tactics (PC) REVIEW – Cthulhu Can Keep This One 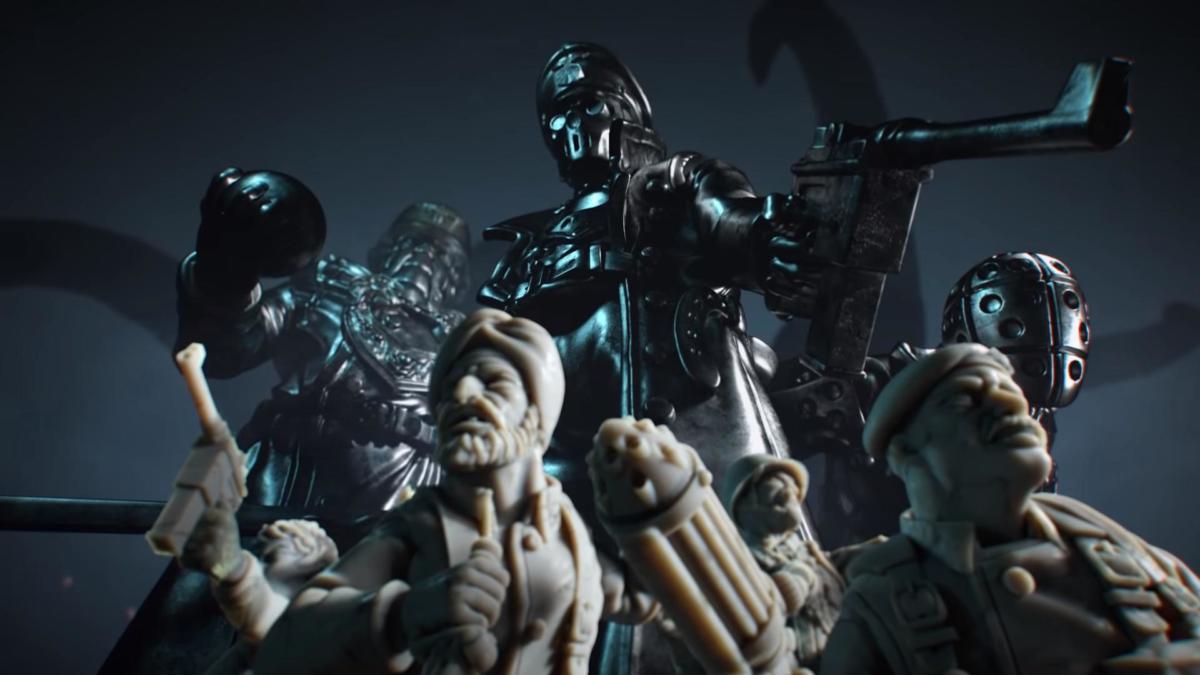 I am all in favor of different options within a genre. By providing different types of experiences within the same genre, players have more access to games that may curtail better to their preferences. Battlefield or Call of Duty. Pro Evolution Soccer or FIFA. While each of these franchises operates within the same genre as one another, they offer fundamentally different experiences that justify their existence.

Herein lies my biggest problem with Achtung! Cthulhu Tactics, as it struggles to justify its existence. Developed by Auroch Digital, Cthulhu Tactics is a turn-based strategy game that fails to do anything interesting with its unique concept and source material. Adapted from the tabletop miniatures game, Cthulhu Tactics is an alternate history take on WWII in which the Nazis are winning the war after embracing the occult and aiding the help of Lovecraftian creatures. The player is sent into the Ardennes Forest with Charlie Company, an elite band of soldiers, to foil the Nazi’s plans. In a similar vein to XCOM, the player tackles story and side missions with a four-unit squad, earning upgrades and equipment along the way. 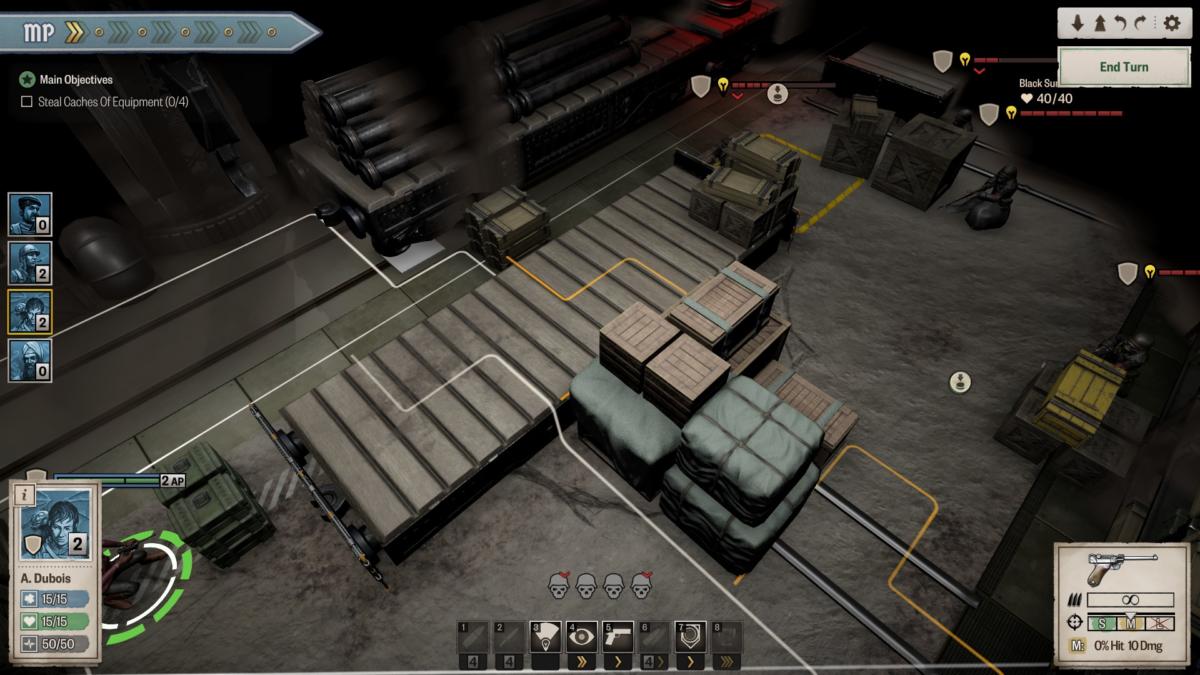 Each unit is a character with a backstory and unique skills that drastically differ from one another. This is the single most interesting aspect of Cthulhu Tactics, as there is a sense of individualism. Characters such as Ariane Dubios, an agile pistol wielding demon, or Corporal Akhee, a shotgun-wielding close combat specialist, are unique entities through and through. Though, despite each character serving a different offensive or defensive purpose, their personalities and or backstories are never explored with any depth. A lack of meaningful exploration into these identities prevents an opportunity to invest the player in these characters. This could have been a defining trait of Cthulhu Tactics, yet it’s a squandered opportunity to involve the player in what is otherwise a forgettable story with a bland cast of promising characters.

This missed opportunity for character development could have slightly quelled Cthulhu Tactic’s incredibly underwhelming gameplay. In standard turn-based strategy fashion, each unit has action points which they spend on moving and attacking enemy units on an isometric grid. Once the player exhausts their AP points, their turn ends and it’s the enemy’s turn, and vice versa until the current enemy squad has been eliminated. Periodically, the player will have mission objectives that require them to collect or destroy supply caches, but otherwise, missions amount to merely eliminating all the enemies. 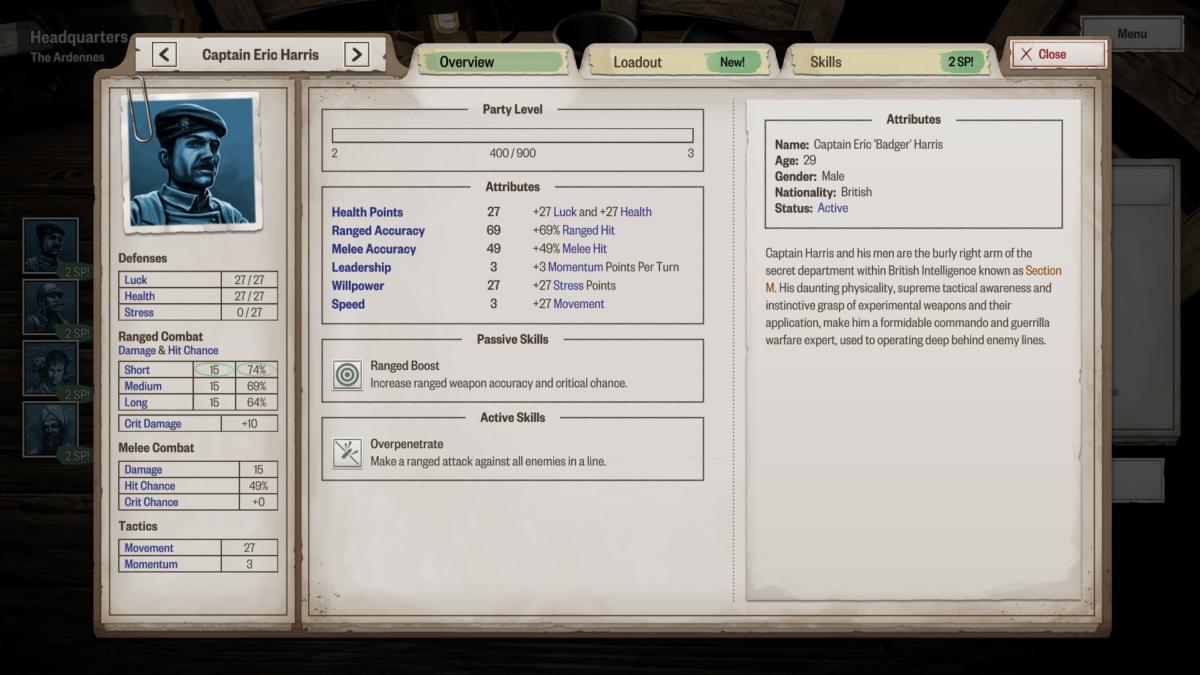 The one fresh element of Cthulhu Tactics paint by the numbers approach to gameplay are its momentum points. These are spent on unit skills or special abilities, and more often than not save the player’s ass. These can be earned from successfully striking or killing an enemy. Giving the player the chance for one more attack, healing a hurting ally, or going into overwatch mode can dramatically change the outcome of encounters. Momentum points add an element of unpredictability to battles, but ultimately don’t save what is otherwise a mundane experience.

The gameplay’s biggest problem is the lack of real strategy needed to defeat Black Sun forces. After several missions, enemy tactics can be memorized and anticipated, which makes them predictable. Enemy variety is lacking with elite units difficulty coming from their larger health bars, not the tactics they employ. The difficulty also feels artificial towards the latter half of the game as the player faces a staggering number of forces in a single encounter. At times, I would face a dozen enemies pitted against my four, often having inadequate cover, which a majority of the time was as effective as hiding behind paper. 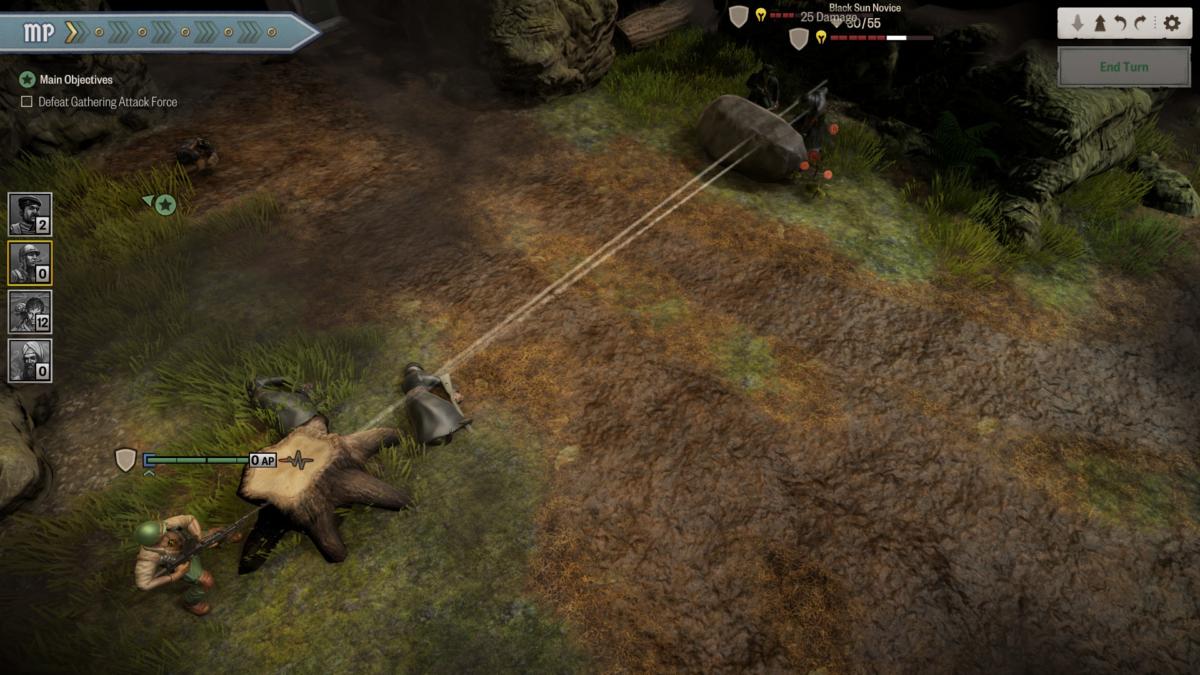 This resulted in additional turns just so I could retreat to a part of the environment that had enough cover for my entire squad, drawing out battles far longer than they needed to be. The player must also monitor their unit’s stress level, which rises when suffering damage or enemy special abilities that can render them useless. One enemy unit is capable of cutting your entire team’s AP points in half for a turn, which is disastrous when you’re facing off against eight or more enemies against your four. This always felt unfair as I couldn’t tactically prevent this given how outnumbered I was.

Combat lacks the excitement typically associated with pulling off a well-developed strategy as little strategy is needed. Reveling in a kill also has little meaning as once the player eliminates a squad, they free roam through another linear, tunnel-like environment until they find the next squad. And then they do that again and again until the mission is over. Lack of variety and tactics required to overcome enemies makes this an underwhelming strategy title. 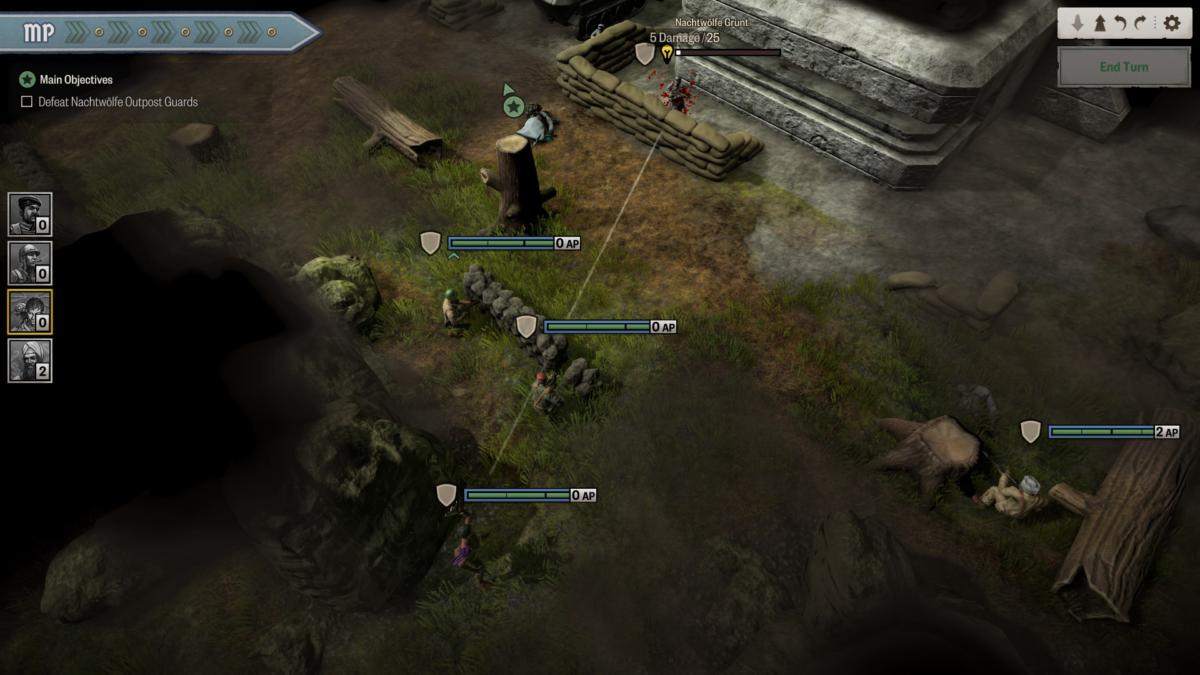 The environments are also a bore, as they are the same repetitive, interchangeable underground facility and outdoor woodland maps with slightly altered layouts. Cthulhu Tactic’s alternate history universe is never explored outside of standard Lovecraftian beings such as Shoggoths, which is a shame given its vast creative potential.

During my time with Cthulhu Tactics, I encountered mostly smooth gameplay with little screen tearing or bugs. Though, one bug, in particular, resulted in my being ambushed by a squad of enemies that phased through a closed door — not a skill or unique ability they possessed — which completely ruined my mission progress and I had to restart the mission. Despite this occurring only once, it derailed my progress enough that I feel it is worth mentioning as the potential for it to happen again exists. Rounding out what was a completely underwhelming experience, Cthulhu Tactics clocks in at just 10 hours, with the only replayability being harder difficulties.

It’s hard to see Achtung! Cthulhu Tactics as anything other than a popular IP slapped over a barebones turn-based strategy skeleton. Its presentation and gameplay are indicative of an early access title, which makes its $24.99 price a steep ask. If you’re a die-hard fan of the Achtung! brand, perhaps you’ll enjoy some aspect of this. But for everyone else, there are countless better strategy titles worth your time.

Verdict
Achtung! Cthulhu Tactics is a barebones turn-based strategy title that is light on strategy or compelling reasons to slog through waves of uninspired Lovecraftian horrors. Microtransactions: none
4.5