The United Empire is taking over! 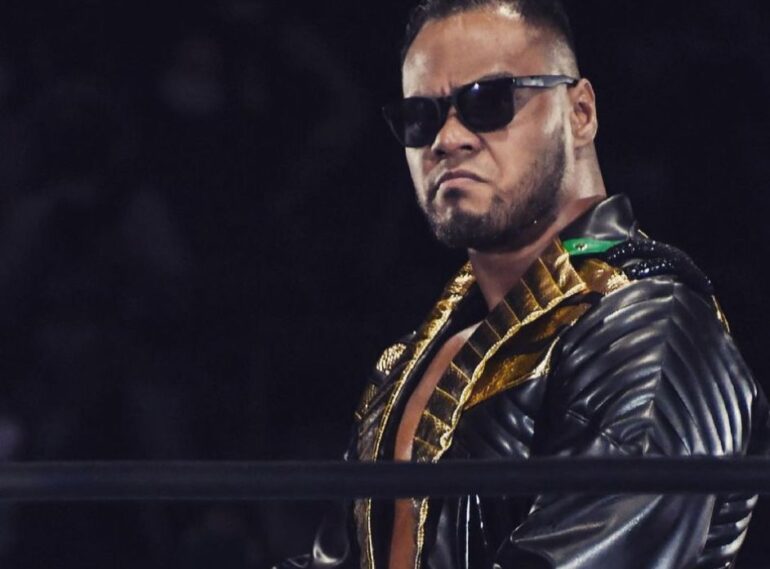 Henare graduated from the Young Lion system in January 2018, heading straight into the New Japan main roster, rather than going on the traditional excursion route. Ever since, Henare hasn’t had notable victories.

While Henare has shown a great deal of promise, the biggest spotlights he’s obtained have been from losses to the likes of Hirooki Goto, Tomohiro Ishii and most recently Jay White. His New Japan Cup 2021 first round match against the ‘Switchblade’ has been the highest-profile match of his career so far, with the previous year’s match against Ishii being called-off due to pandemic enforced cancellations.

The Ishii match was sure to be a stepping stone to a higher positioning on the card for Henare, but it wasn’t the worst thing we missed because of the pandemic by any stretch. Instead, Henare has been forced to wait an extra year – but now he’s a bigger star than ever before.

From a meaningless babyface station on the roster, Henare is now a re-energised asset to the heavyweights in his brand-new heel persona. In just one trios tag team match, Henare looks stronger in every aspect of his work already.

His great ring attire looks like a hitman’s uniform, fitting the ‘Ultimate Weapon’ persona very well. He suits his new United Empire faction members too (and physique, as I will come to), as the strong black colours help accentuate the green trim which are symbolic of the group.

Henare looked formidable in his attire, but importantly in his ring-work style too, which was noticeably better than at any other time in his NJPW career. I don’t want to categorise all of Henare’s work pre-Sakura Genesis heel turn into the same “not too good” group, as there were some aforementioned highlights, but his career shows more promise than ever before.

He looked strong, powerful, commanding, impactful and intimidating as he faced off with L.I.J leader Tetsuya Naito and fellow members Shingo Takagi and SANADA. Henare fits this heel persona perfectly – it’s already clear that he suits this comparably better than his dull babyface gimmick.

With great promise, comes the potential for even greater feuds, rivalries and matches. Firstly, L.I.J’s ‘Dragon’ Shingo Takagi. With a single match against SANADA lined-up for the Road to Wrestling Dontaku tour (April 26th in Hiroshima), Shingo is the next logical step afterwards. There has been a match teased between Henare and Takagi for some time now, with the rivalry an obvious one due to their strong chemistry and similar styles.

In the same vein, a clash between Henare and Tomohiro Ishii would be welcome (and, in my view, expected) as fans would love to see the match which was cancelled from 2020’s New Japan Cup. The ‘Stone Pitbull’ epitomises the hard strikes, furious shots and fiery rivalries of strong-style, which Henare will be more fitted to in his new heel role.

Perhaps most intriguingly, there’s also the tangible possibility of Aaron Henare vs Hiroshi Tanahashi. With the former tag team partners now going in totally opposed directions, it would be great to see them clash in a singles encounter. Henare betrayed him in order to turn towards the United Empire, leaving Tanahashi by the wayside.

Additionally, Hiroshi Tanahashi is the reigning IWGP NEVER Openweight Champion, so Henare challenging for the title while fulfilling a rivalry with the ‘Ace’ could be a great way of raising the Kiwi’s stock even further.

The NEVER 6-Man titles (currently held by Tomohiro Ishii, Hirooki Goto and YOSHI-HASHI) are a possible target for Henare, with Jeff Cobb and Great O-Khan alongside him. Not only is it a great way of elevating the United Empire’s supporting members, it would be a superb way of raising Henare’s stock individually, as this would be his first piece of New Japan gold.

Henare could also be a great choice for IWGP NEVER Openweight Champion. Not only does he suit the conventional style of the NEVER title, he also has ties to the current champion, and his next opponent.

Hiroshi Tanahashi is an obvious and much-wanted rival for Henare, with the potential of them facing off for the NEVER title an interesting one indeed. In addition, Jay White could be the next title holder, with him challenging the ‘Ace’ at Wrestling Dontaku 2021 (May 3rd). This is both possible and very exciting because of the great match between ‘Switchblade’ and Henare in this year’s New Japan Cup. They have a lot left in the tank, and with a storyline being very easy to cook up, a match between the two over the NEVER title is certainly an undeniably interesting prospect.

All things considered, Aaron Henare has a very bright future in his new heel persona, not only because of the great potential of his character and in-ring work, but because of the exciting prospects of his career too. Henare is rejuvenated, and has a surely highlight filled future with the ever-rising United Empire.