A Year Of Rain Is A Promising New Co-Op RTS

When it rains, it pours.

Developer Daedalic Entertainment recently released the new team-based RTS A Year Of Rain onto Steam Early Access. A Year Of Rain mixes classic strategy elements with co-op gameplay, and as well as base building and campaign storytelling, it boasts full cutscenes with voice acting. A Year Of Rain’s story and multiplayer modes are built from the ground up with teams of two in mind, whether the second player is human or AI. At launch, Early Access features a story campaign, fully playable in either single-player or two-player co-op.

In the campaign, we are introduced to a harsh and unforgiving land that has pitted its people against each other for resources, no matter how small they may be. Tribes, nomads or those who seek something darker all clash with each other in a fight for survival. Two friends join their forces to try and break this cycle and head to the Shattered South to seek new lands and bring civilisation to the broken land. At the time of writing, the campaign features the story of these two people and is the story of one of three playable armies. The developer plans to add the other two chapters as Early Access continues.

The campaign experience is pretty polished to a point, with cutscenes that feature different camera angles and animations – a step up from Starcraft and Warcraft, where we’d just look over the heads of some units talking to each other. Bugs do exist, though, and one particular one involving a cannon in one of the later chapters can lead to disconnecting from the match (and hence losing your progress on that chapter). 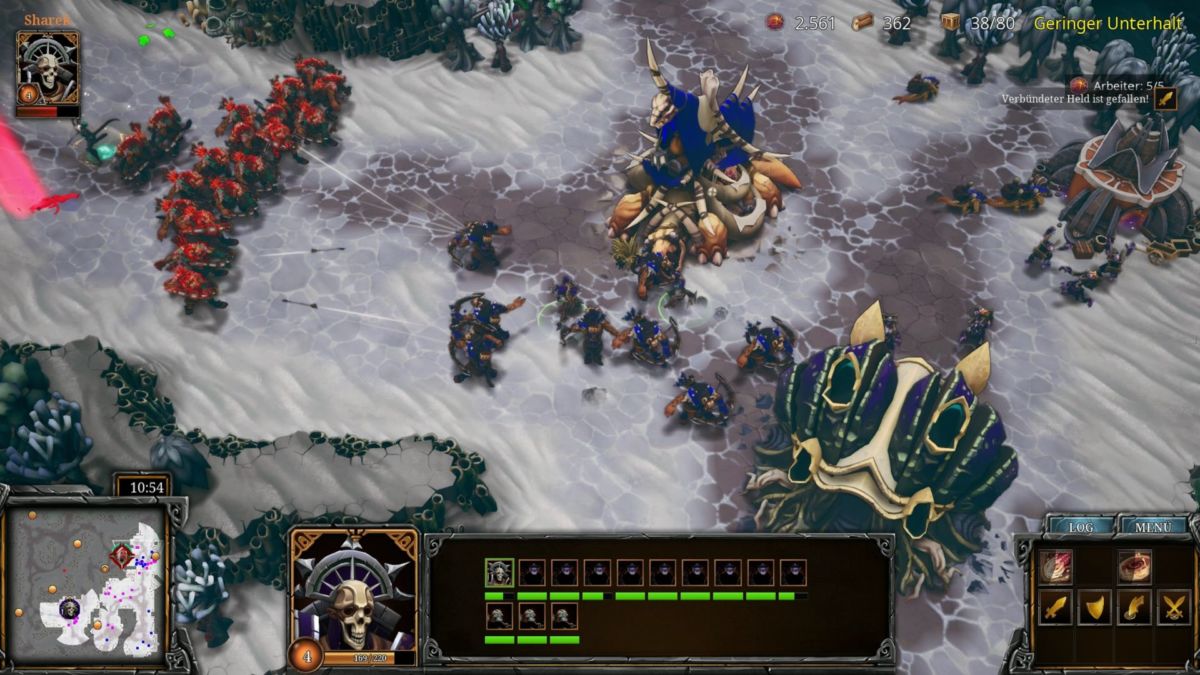 A Year Of Rain features three playable factions, each with their own selection of three individual heroes. House Rupah is a cohort of paladins, rangers and spellcasters who seek out uncharted lands to claim and civilise. They quickly run into the Restless Regiment, a bloodthirsty army of warlords, soldiers, beasts and souls driven by mindless obedience and zealous devotion to their dark leader. The third faction, the Wild Banners, remind me of the Horde: a ragtag band of monstrous survivalists that eke out a living in the harsh lands they do their best not to be consumed by.

At the beginning of a match, both teammates choose between three different roles: Tank, Damage, and Support, and each comes with different bonuses for the respective armies and the overall team. Playing through the game, there is an immediate potential for synergy between teams and players, and I particularly enjoyed playing as a House Rupah duo that mixed together a ranged DPS army and a tanky legion of paladins holding the front line. In the future another mode, Against All Odds, will be added into the mix: this pits two individual heroes against two entire armies.

At the moment, the gameplay manages to sate my RTS hunger, and I am a fan of the co-op focused content – although I say this warily. As I have learned from solo queue matches in Overwatch, playing with random people can be a varied experience. This sort of game definitely favours choosing a teammate of your own beforehand and forming a strategy over Discord. At the moment, the main strategy seems to be to rush out a group of low-tier units to try and cripple one of your opponents and gain some early levels. 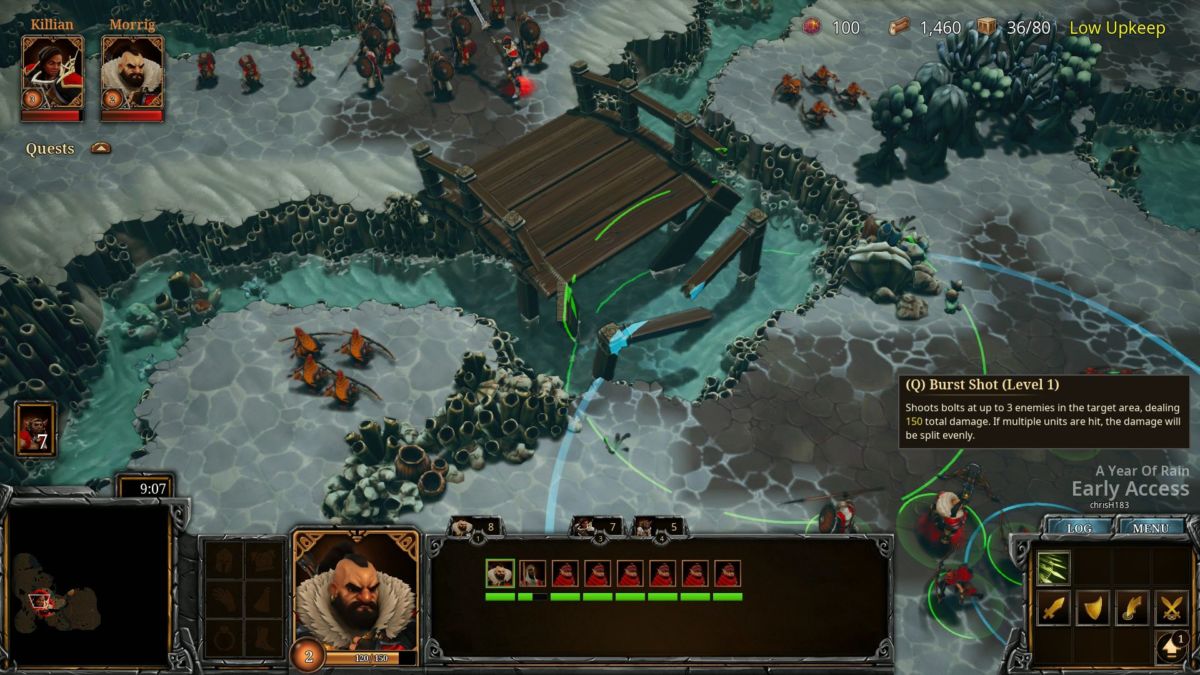 There is not a lot of variety when it comes to optimal builds, and it is something I hope is addressed in future updates. For instance, I’d love to see flying units, units that can hide or dig (like Zerg units in Starcraft 2), or other unique abilities that make the game more interesting. More defensive capabilities, like walls or advanced towers, would also help to provide some variety to the gameplay and help deter the current meta of rushing in with some quick units.

There is a bit of an issue with the game’s optimisation. My computer’s performance started to tank when I amassed a sizable army. When four players did this on the same map in an online match, my FPS dropped to as low as 15 to 20. Unit pathing also needs some work. My ranged units would block my fighters a lot of the time, and it would not be uncommon for units to get stuck into each other or shuffle around awkwardly while a fight gets started.

Neil Acree’s music fits in well here, and so it should. He has been involved with the soundtracks for past World of Warcraft expansions, as well as with Diablo 3 and Starcraft 2. On the other hand, the voice acting could do with more work. The units themselves are generally of good quality that can waver in places, but the tutorial voice sounds bored when it should sound epic.

As the game enters Early Access, I can report that the matches provide a core RTS experience, though there is a lot of room for more content to be added later. For example, I had expected items from the campaign to be included in multiplayer skirmishes, but at the moment there are none to be found. In the future, I’d be hoping for more campaign content, fewer issues with pathing and an optimised performance.

Currently, it is worth its asking price of around £17, but on the assumption that players know the game is not yet complete. Players who want a full experience may wish to wait for Blizzard’s remastered version of Warcraft 3, but for those who need a quick RTS fix, A Year of Rain has the gameplay. You’ll just need some patience in waiting for the rest of it.

A Steam key of A Year of Rain was provided by PR.