Home
Movies
A Case of Illusion in Spider-Man: Far From Home
Movies

A Case of Illusion in Spider-Man: Far From Home

Mysterio isn't the only one with illusions. 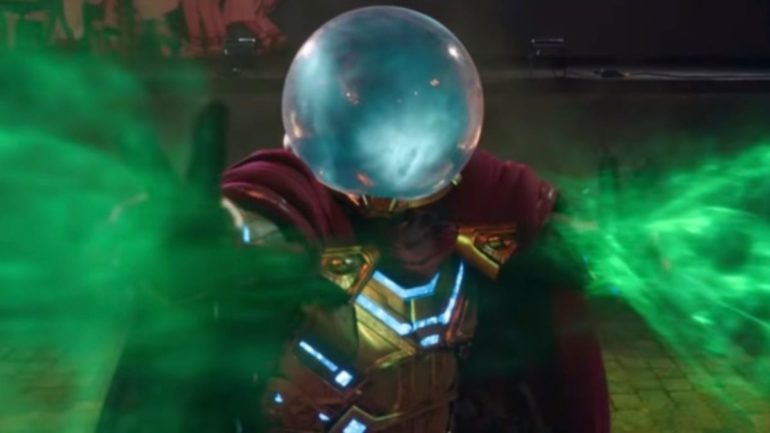 Spider-Man: Far From Home was a revelation. I went into the movie not expecting much, given that the Marvel hype train has slowed considerably since Avengers: Endgame. Spider-Man: Far From Home is a smart movie, thoughtful and well-layered, blending the superhero and coming of age genres with ease. What it also did was hoodwink us at every corner.

While promoting the movie, Holland shared that Thanos’ snap tore open the Multi-Verse, allowing the Elementals to make their way into our world. Since Holland has developed a reputation of spoiling movies, we assumed this was all true and that he had shared a bit too much. Now we know the illusion game had started long before we saw the movie on the screen.

Stepping into the movie, we weren’t quite sure who the villain was. In the comics, Mysterio is a villain, but the trailer had us doubting if this was going to be the outcome. It is a rather complex thing, where he is the villain in order to become the hero – if that makes sense. He creates this giant illusion of the Elementals, as well as performing the role of father figure, a figure Peter so desires to gain back in some way.

Peter buys into the performance, giving Quentin Beck full control of Edith, paying a huge price for being too trusting and naive. As a side note, the movie seems to hint this by highlighting that Peter’s Spidey-sense is malfunctioning, which is why he doesn’t see Beck’s true intentions until it’s too late. Beck’s costume literally obscures his face, symbolically illustrating the illusion that encases his person. Moreover, we have bought so deeply into the Elementals storyline we don’t even recognise Beck at the airport spying on Parker long before they actually meet.

Even with the romantic relationships, we are thrown for a loop. Ned and Betty get together and fall apart just as quickly, and we never get to see either part play out. An accidental hand touch and they are together, a plane ride back and they’ve broken up. The movie tries to get us to see Brad as a possible obstacle, but then reveals he was never an issue after all.

When MJ and Peter take a walk together, to stir some romance on their last night in Europe, what we get instead is revelation of Peter’s identity as Spider-Man and a romantic night crumbling before them. Ironically, romance blossoms in the midst of chaos and near-death moments. With the illusions dismantled, both MJ and Peter admit the truth of their feelings, no longer hiding behind secret longings or contrived planning. The fact that MJ guesses Peter’s secret identity also gives clarity to their relationship that we never got to see with Raimi’s version of the pair.

If you stay for the end credits, you are rewarded with a purging of illusions. While most of the Avengers are so subsumed in their superhero identities, Peter is one of the few who keeps his personal identity separate from his activities as Spider-Man. But as the movie showed us, it is becoming increasingly difficult for Peter to maintain this, especially with social media. Heroism seems to require transparency and accountability, which is why his identity is exposed at the end.

The greatest deception is of course Nick Fury not being Nick Fury. We feel that something is off with Fury. He’s not on his game, which he explains is due to the 5 years he lost because of the snap. Yet, we feel something isn’t right given how long it takes him to piece together Beck’s villainy. Then we find out Fury isn’t Fury but the lead Skrull from Captain Marvel, with the end credits indicating a Fury and Captain Marvel reunion as a narrative possibility.

After Avengers: Endgame ended so conclusively, we were left wondering where Marvel was going to go with Phase 4, especially given the cryptic unveiling of timelines without any more details on what we can expect. There are rumours of course, about casting and possible sequels, but there isn’t much certainty. This is different from what we experienced in Phase 3, which was a consistent knowing of which story is going to be explored next. While things remain under wraps for now, Marvel seems to be telling us that they aren’t driving blind. Phase 4 has plans, we are going somewhere. Maybe all will be revealed at San Diego Comic Con.