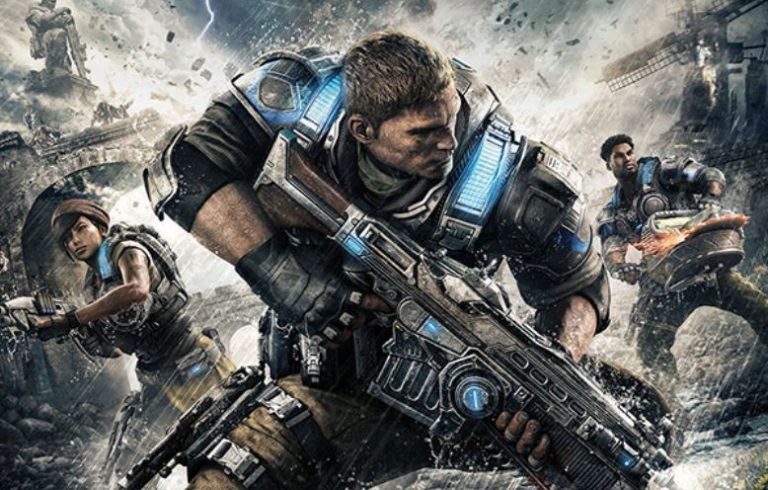 The original Gears of War trilogy was maybe one of my favourite titles on the XBOX 360. In my mind, it modernised shooting games and also brought with it rich characters and a great story to tell (but we can forget Judgement!).

Gears of War 4 really made a show of itself at E3 2016, but the camera angles focused more on the developers playing the game than the actual game footage which really irritated me. I’ll be honest, I didn’t rush out to buy this, but I had it bought for me (the perks of your other half being a gamer), so I dived right in, hoping that they hadn’t killed the franchise.

This story is set after the events of the original series and follows Marcus’s son as he tries to figure out just what is actually going on and rescue his father. Much of the game revolves around James’ daddy issues but if you look past that, the developers have created an amazing post-war world for you to explore.

Graphically, Gears of War 4 delivers. The environments are truly awesome and it feels very dark and almost twisted. The new characters are fresh but they lack what Cole Train and Damon Baird had in the first games. You feel there is no relationship between them and if there is, it’s hazy at best. The gameplay engine is very much still the same ‘duck and cover’ technique that really made the other games and I think that is what appealed most to me about the series.

Multiplayer on GoW4 really is a lot of fun and although the guys who play it now are truly amazing at the game, it is still worth giving it a shot with a couple of mates and some beers as you can have a go at Horde Mode offline.

But I am slightly restrained on saying that this game deserves yet another sequel. Gears 4 introduces some good characters and manages to tell its own tale, but we have seen what can happen if you drag something out for too long.

So, yeah, this game is worth picking up if you see it on a second hand game shelf, but if you do want to pick it up brand new, you get the first three games included when you first put the disc in.